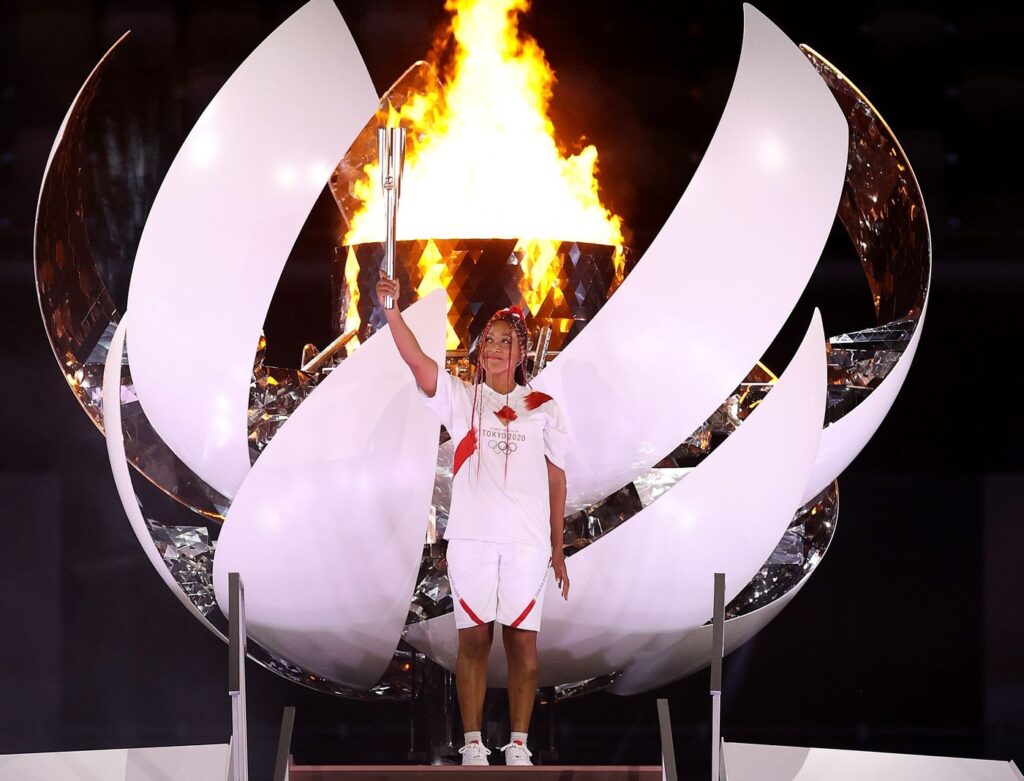 The Olympics closing ceremony is over and one thing is for sure. These games were not like the others. The stadiums had empty seats where the screaming and picture-taking fans used to be. Olympic medals were handed out on trays instead of placed around the athletes’ necks. Masks covered their noses and mouths while the tears of victory welled up in their eyes.

These games were different for the same reason everything else this year was different. Covid. “The Tokyo 2020” Olympics didn’t even take place until 2021. Mothers had to make a choice between breastfeeding their babies and traveling to Tokyo without them. Many athletes mentioned how challenging it was to be without their families. It became the norm to watch athletes video chat their family and friends during the post-event interview.

The time difference was also a struggle for those of us in America. We were constantly behind the times. Tokyo is 13 hours ahead of Philadelphia so results came in as we were waking up. We got news alerts hours before we could watch the event. Prime time showings were old news.

Russian athletes were not allowed to represent their country. They had to compete under the Russian Olympic Committee or ROC. This was the result of a nation-wide doping scandal discovered in 2019.

There was also a focus on mental health. Simone Biles captured headlines when she announced she was dropping out of the team finals due to mental health. She also struggled with a gymnastics phenomenon referred to as “the twisties” where you can’t tell up from down. This is incredibly dangerous for the airborne events like vault and uneven bars. She has been praised for standing up for her herself and her health.

Biles returned to competition and won bronze on the balance beam. She went on the Today show and said “It means more than all of the golds because I pushed through so much the last five years and the last week while I’ve even been here.”

American sprinter Noah Lyles addressed his mental health during a 15-minute interview from the stadium after his event. He has been vocal on Twitter about taking antidepressants and struggling with his sprinter brother Josephus not qualifying for the games.

Michael Phelps is a familiar face at the summer olympics but this time he was there as a commentator. He has been outspoken about his mental health struggles as well. He has been a spokesperson for the Talkspace therapy app.

There were a lot of firsts. New Zealander Laurel Hubbard was the first openly transgender woman to compete at the olympics. Quinn, a Canadian soccer player, was the first nonbinary athlete to win a medal.

There were also some good shows of sportsmanship. Two high jumpers shared the gold medal. Mutaz-Essa Barshim and Gianmarco Tamberi both had high jumps of 2.37 meters. The olympic official said they could do a jump-off to break the tie but Barshim asked if they could both have the gold instead.

Allyson Felix won her 11th medal, making her the most decorated U.S. track and field athlete in history. She made headlines off the track by wearing racing spikes from her own shoe brand.

The events themselves were different too. Skateboarding, karate, surfing, and sport climbing were the new events this year. Some old events had new features. Swimming and track had mixed gender relays.

Is this the new normal or will the next Olympic games revert back to old standards and habits? We’ll find out in 2022.