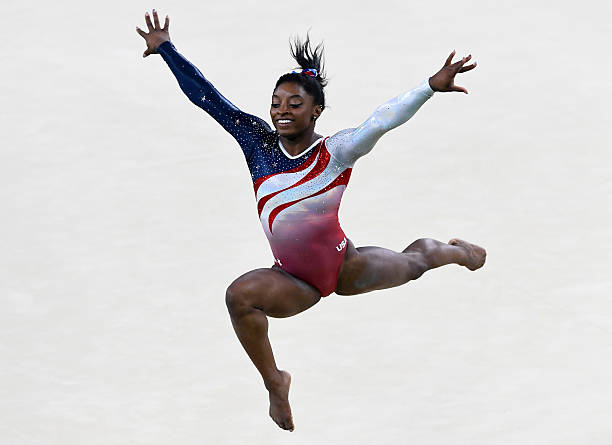 Simone Biles withdrew from the gymnastic team final, and I was stunned. Reports said it was a “medical issue”. Instantly, I knew what that term meant, Biles was struggling with her mental health, and when she followed up with the press, she confirmed my intuition.

I once was athlete, not as nearly big as Simone but I was there in the mix, rubbing my shoulders against WNBA players, professional soccer players, and Olympic track stars. What Simone Biles is experiencing right now is what I felt during my entire college basketball career. My mental was shot and not a damn soul helped.

In fact, I was dismissed from UNCG basketball’s team because I didn’t have “killer” instinct aka me going to therapy and being diagnosed with OCD and Anxiety disorder was seen as a “distraction”.

I had missed half the season due to my mental health issues and when I came back all I received was coldness from the coaching staff and the head coach at that time. I was truly alone.

That was 2013. I was twenty-years old and had no one in the Athletic Department to depend on nor to guide. And to make matters worse, I wasn’t eligible for a scholarship until next year. I was heartbroken and I entered into a never-ending cycle of depression.

It is now 2021, and the talk of mental health for athletes has gotten better. We have seen Naomi Osaka take time off for her mental health as well. Both women have stood up for themselves and told the world, “Hey, I’m not okay. I need space.” Proceeding with action and support from around the world.  Hopefully “better” means the mental health conversation will trickle down to the college and high school level (including big divisions and larger divisions).

I remember when there was a time when you couldn’t speak up and when you did there was zero support. It is so easy to discard athletes after they disappoint you or after you fail. We tend forget that these superhumans are humans and that their kryptonite is being made of skin and bone.

I’m going to be honest when I first head of the news of Simone Biles withdrawing from the team event, I was disappointed. I had forgot too. After a few hours, the painful memories of my college experience came rushing back and I had to push my ego aside to acknowledge what she is going through, even if she is a superstar. Today, I finally saw Simone as a sister, a friend that I would meet up for coffee. I was so caught up in idolizing her that failed to remember who she really was!

Athletes have struggles just like everyone else. The media spends so much time pedestalizing them just to turn around and tear them down. We like to witness their rising and descending, that is part of the sports culture that is toxic. And that culture needs to change. Sure, athletes have responsibility and an obligation, but they should also have time for themselves.