If you haven’t watched the YouTube video “The False Promise of Black Love (Part 1)” by YouTube Content Creator Mahogany Pink you are missing out. This video was published on September 24, 2021 and it currently has 133,000 views and counting.

I first watched the video 5 days ago, with my mouth open, and it was only at 60,000 views. Immediately, I sent this video to my mother and one of my best friends, they too were speechless.

I wouldn’t say that I was stunned by Mahogany Pink’s video, rather, I was fascinated by her delivery. Her ability to capture the growing frustrations that black women have with Black Love was amazing. The fact she was able to do it in a 16 minute video was outstanding; it was short and quick to the point.

My own feelings about “Black Love” are complicated. I too wanted Black Love until I entered college. I saw us, black women, waiting for black men, while black men chose biracial and white women. Light skinned women too got chose. Us “regular” black women gathered the crumbs of black men left. Black men weren’t being fed the messages of Black Love like we were, they were too busy tasting the rainbow unapologetically.

I will say this, I grew up in two-parent black house hold and I strived to make that a reality in my own dating life. Though the double standards were loud and clear, I stuck with the brothers. Instead of finding Black Love I found struggle love. 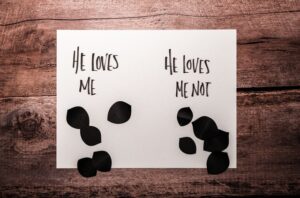 Black Love is a fantasy.

Like Disney fairytales are pushed on white girls, Black Love is pushed onto black girls at an early age.

Both are fictitious and teach women that a man is going to save them.

The only difference between the two, is that white women usually get their shining knight, while black women get close to nothing or permanent singlehood.

The difference is no one is force feeding black men the fantasy of “Black Love” .

Black women are the targets

“We must hold a brother down”: “Build a brother up,” they say. We are told that black men share our same struggle. Despite white supremacy, we found our way to each other!

Black men aren’t out there checking for “average” or “regular” black women. I remember when I was 18 years old and watching YouTube for the first time. I stumbled upon Black Manosphere. Content creators like Tommy Sotomayor and Traiq Nasheed disparaged black women long before Kevin Samuels was Kevin Samuels.

Black men spoke of black women’s look and their lack of domestic skills and bedroom skills, for public consumption. Hip-hop also played a role in the disparagement of black women. Black male entertainers made it known that we were subpar and exploited our bodies to make a quick buck. And after all the bashing of black women, I still clung to the false hope. 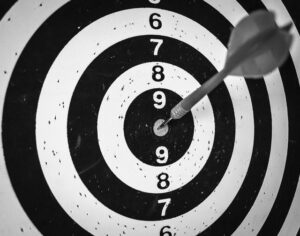 Even though black women sensed something was off, we were expected to date and have relations with black men. While black men talked black and slept white.

Back then,  I heard that white women were better. Yet, if a black woman  defended herself against that rhetoric, she was called a jealous hater. It was until recently black women began to push back at the stereotypes that shamed us.

Myth vs Facts: The Gender War Between Black men and Black women

The top myths I heard when I was in college why black men didn’t date black women were as follows:

*These myths circulated within our community and went unchecked. The worse things about these myths is that they gave no context and no rhyme or reason to explain or justify black women’s actions or choices.*

While black female writers talk about the myths that hurt black men in the dating pool and beyond, they barely bring up the facts or they refuse to tell the whole story.

OPPS. Why leave that out?  Why is that black female writers, doctors, and relationship experts never bring up the hard starts about black men?

And what have black women done in the last two decades to find their black man?

Black women, we have subjected ourselves to struggle love to appease black men.

We wear weaves, do our make up, keep our booties phat, and our options limited to hold a brother down or to be a “Ride or Die”.

We hired dating coaches, called into YouTube shows, we have done everything to attract a black man, but yet so many of us are unmarried.

Yet, the degrading never stops.

Instead our culture told us to “choose better” and “stop choosing thugs”.

Many black men including the “good black men” told us that we chose welfare (feminism) over them and a whole bunch of nonsense that doesn’t make sense. But you know what does make sense? Facts and Stats.

According to Ralph Richard Banks in his book Is Marriage for White People, he believes that the decline in African American marriage is due to the marriage squeeze and other things.

This alone should tell us that the majority don’t ascribe to the ideals of Black Love and when they do ascribe to it the woman that they call black is unambiguous. Many Black men have been able to pimp Black Love and feed off the wonderful resources that multiple women offer (access to sex without commitment).

Challenging the notion of Black Love 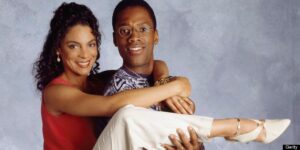 I have been going back and forth with the ideas of Black Love and I respect what it tried to accomplish, but I think it became one of those things that died before it started. It started off with good intentions but it ended an illusion. Black Love is used as a tool to keep Black men from competing amongst men. It has also been a tool to revive the Madonna and Whore archetype (making women chose between chastity and sexual freedom).

I distanced myself from Black Love and I’m not upset about it. Of course, I did go through the 5 stages of grief. I was angry for a long time, because I limited myself and my options. When the only requirement you have for a man is to be black get ready for heartbreak.  Although I was angry, I was able to have tough conversations with myself and with my family.

Before Mahogany Pink, there were many black women who blew the whistle on one-sided loyalty and struggle love. Let’s be clear, no black person on earth is against two black people loving each other. The problem is Black Love has came at the expense of our happiness, peace, self-esteem, and life. Black women are getting a reality check. We are finally seeing that Black Love  has many flaws and it is time to let it rest.

I don’t use the term “good black men”. It took me a long time to stop that type of thinking. In many ways it has been freeing. When I broke away from that mindset, I stopped holding black men to the false standard (of the black male unicorn). Instead of seeing unicorns I see black men as men. I used to ask myself it is fair to judge black men as men despite their history of white supremacy? Yes, it is fair. I am judged and compared to white women daily despite my own dealings with racism.

My future partner may not be black and I am totally fine with that. If he happens to be black that would be great too, but I won’t call it Black Love. I will call it what it is—love. I’m more than glad that black women are discovering their happiness and their freedom to love who they want to love. I support any woman’s and any man’s decision to love honestly, openly, and truthfully.

Date who you want but for goodness sake, don’t tear down people to lift another person up, this isn’t the 90s or early 2000s anymore.