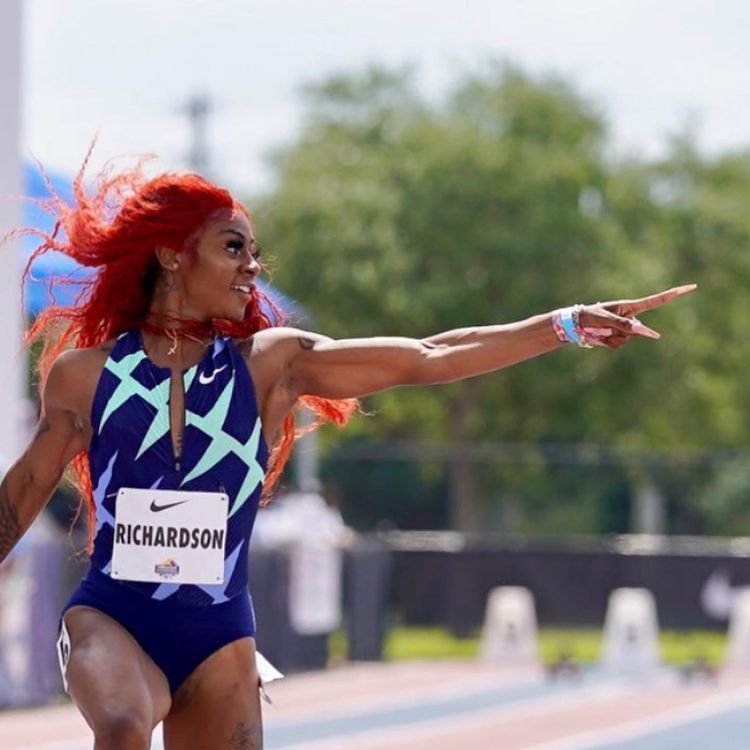 This past week Sha’Carri Richardson secured her spot on the Women’s Olympic team for the 100-meter dash.

Making a statement by winning the finals of the Olympic Trials (women’s 100-meter dash) with a time of 10.86, the Texas native also put the world on notice when she ran a blazing 10.64 (win-aided: not eligible for a record) in the 100-meter semi-final at the US Olympic trials. Sha’ Carri Richardson is remarkable, and the entire world is watching as so they should.

As a big favorite for the Toyko games (women’s 100-meter dash), Sha’Carri Richardson has already won the support of fans, the track world, and former track superstars; Justin Gatlin, former (men’s) Olympic 100 meter medalist, believes that Sha’Carri can “shocked the world.” He also believes that she can run a 10.5! That is some high speed, but if anyone could do it, it is her.

Richardson, who is only twenty-one years old, is getting faster and faster. In 2019, Sha’Carri broke the NCAA’s (women’s) 100-meter record, clocking in at 10.75 as a freshman. She turned pro just shortly after and successfully rose among the biggest names in track and field.

Not only is Sha’ Carri fast–she is bold, vibrant, and confident. She is sporting colorful hair, long nails, and tattoos, reminiscent of Flo Jo and Gail Devers. BUT, she isn’t Flo Jo, neither is she, Devers.

Sha’Carri Richardson is a star in her own right, as she should be treated as such.

A comparison will be made.

However, this young, black, talented woman is making a name for herself.

Richardson is history in the making, and everybody and their mama is a witness.