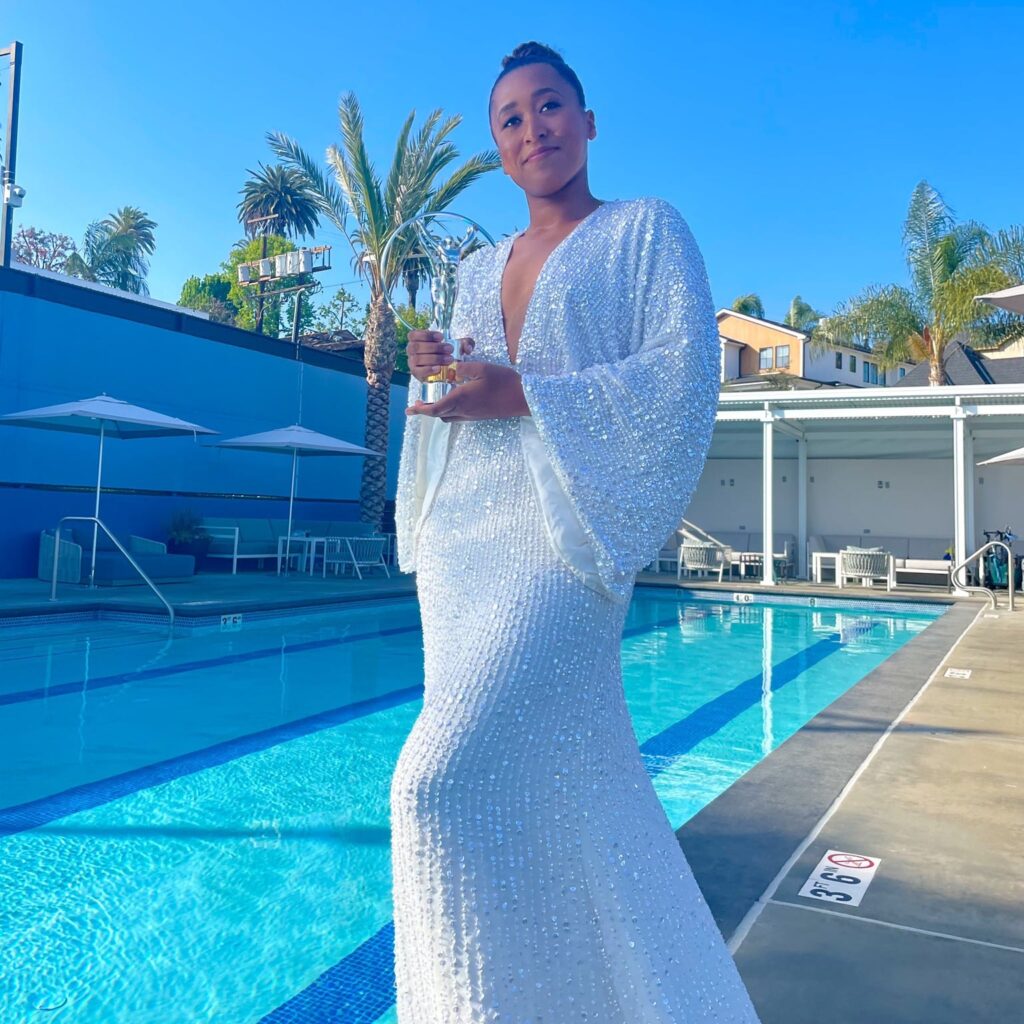 In 2018, Naomi Osaka broke onto the scene after winning her first Women’s Tennis Association (WTA) title at the Indian Wells Open. Since then, Osaka has made herself a household name with her record-breaking achievements and unapologetic activism.

Most recently, she was named Sportswoman of the Year at the Laureus World Sports Awards for her achievements both on and off the court. This is Osaka’s second recognition at the Laureus Sports Awards. She first won Breakthrough of the Year in 2019 after a powerful breakout season where she not only won her first WTA title but also her first title at the U.S Open. She was also nominated for Sportswoman of the Year in 2020 after a season in which she secured her first Australian Open title and became the first Japanese player to achieve the World No.1 title.

“I’ve watched so many of my role models win this [Sportswoman] Award, so it definitely means a lot now to be holding it,” Osaka said in her acceptance speech. “I am so happy to receive it. It really means a lot to me.”

The Laureus awards are based on an athlete’s performance in their respective sport and their impact on society.

Not only has Osaka been killing it on the court she has also been using her platform to speak up against racism and police brutality. During the 2020 U.S. Open, where she won her third Grand Slam victory, Osaka sported customized black face masks, each bearing the name of a different Black person who was killed at the hands of a police officer including, Breonna Taylor, Elijah McClain, George Floyd, Philando Castile, and Tamir Rice.

The tennis pro also took to Twitter to speak out against the rise of anti-Asian attacks in the United States.

“If people loved Asian people as much as they love bubble tea, anime, mochi, sushi, matcha etc… Imagine profiting/enjoying things that come from a culture and then attacking/diminishing the ethnic group that created it.”

If people loved Asian people as much as they love bubble tea, anime, mochi, sushi, matcha etc… Imagine profiting/enjoying things that come from a culture and then attacking/diminishing the ethnic group that created it.

During her acceptance speech for Sportswoman of the Year, Osaka also stated that: “Looking ahead, my main hopes for the future would just be to have helped or impacted as many people as I could. You know, if you have a platform I think it’s very important to use it.”