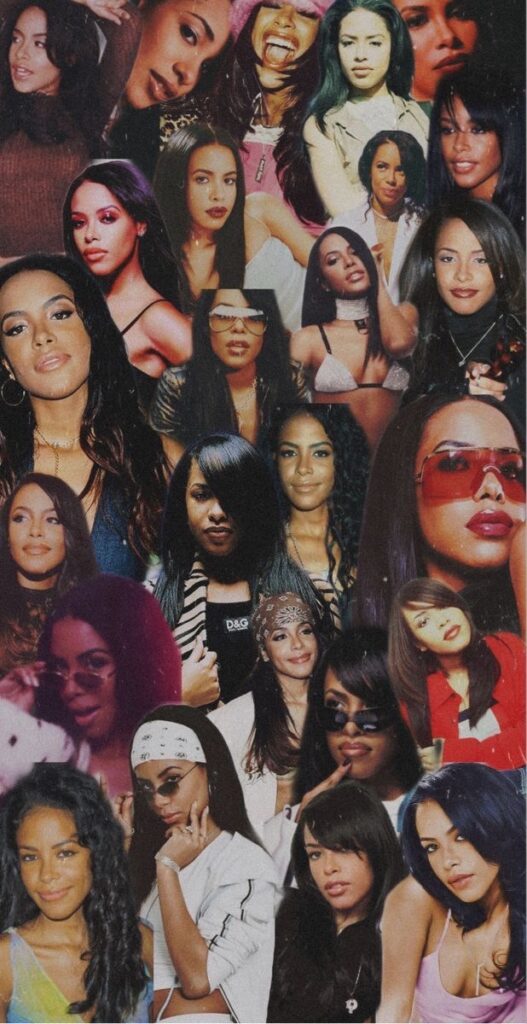 This January, Aaliyah’s highly anticipated posthumous album “Unstoppable” will be released and we  aren’t here for it. Posthumous albums are not ethical, and they don’t exemplify moral decency. Most fans appreciate posthumous projects but still many questions loom in the background. What are the motivations behind these projects? And who is cashing in on the money?

When it comes to celebrities, there is this idea that they owe everything to fans. They do not. We learned from Olympian Simone Biles and tennis superstar, Naomi Osaka, that celebrities aren’t a slave to their craft. Unfortunately, this new knowledge doesn’t translate to when a celebrity passes on. For music artist, their death, can spark a lot of posthumous projects years after their life.

These types of projects are complicated and need to be handled with care. With Aaliyah’s case, the circumstances surrounding her career, abuse, and death is disturbing. Releasing Unstoppable during this time comes off as crass and money hungry. In all posthumous projects, the artist does not have a say.

So, what is the moral thing to do? The most honorable thing to do is allow previous works to flourish. Allow the grieving process, honor their legacy and estate. But we don’t live in an honorable world.

Aaliyah’s Impact on the culture 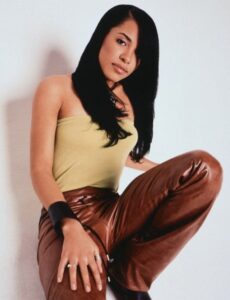 It’s been 20 years since Aaliyah graced this planet with her impeccable style and music. She made a lasting impression on pop culture. At the time of her death, the singer was estimated to be worth 8 million dollars.

Right after her death, Aaliayah’s music became grossly successful. According to Ultimate Pop Culture Fandom, her third studio album “Aaliyah” released on July 7, 2001, skyrocketed to number 1. The hit single Rock the Boat music video became the highest rated episode of BET Access Granted.  Her studio album sales increased by “595 percent,” as written by Robert W. Welkos and Jeff Leeds from the LA Times, in the article Marketing a Star after Death. That album then went on to be certified Platinum.

In the same article, there were conversations surrounding Aaliyah’s legacy. Parrish Johnson, former executive of Blackground records stated that the record label didn’t want to “capitalize” off the singer’s death and wanted to “think about [the] legacy we wanted her to have.”

Now, 20 years later, those comments have gone sour. According to her estate, Aaliyah’s legacy is not being protected and it is being exploited by her uncle, Barry Hankerson, and everyone is involved with the releasing of Aaliyah’s music and Unstoppable.

Is Unstoppable about Aaliyah’s Legacy or is it all about the Money?

Barry Hankerson has had the rights to Aaliyah’s music since 1996. Hankerson has been the executive producer of all Alliyah’s albums including One in a Million, produced by heavy weights Missy Elliot and Timabland. 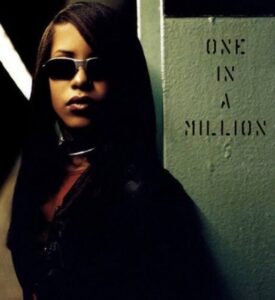 There is evidence that Hankerson and Aaliyah’s estate (Her mother and brother) have been battling over Aaliyah’s music for decades. Allegedly, Hankerson has kept Aaliyah’s music tied up for over 20 years according to Complex and many angry fans and kept her music off of streaming platforms completely.

Why wait until 20 years to release her music? Why release it during R Kelly’s trial? And why wasn’t her estate not Aaliyah’s music available to the public? Is this about Aaliyah’s legacy or is it all about the money?

Fans and Inclub  are here for Aaliyah’s music being available to the next generation. Being able to listen to your favorite artist after they have passed, helps fans cope with grief. It’s part of the mourning process and it provides artists long lasting longevity. However, the nature of Barry Hankerson and his motives to drop Unstoppable are questionable.

According to Joshua Espinoza, a writer for Complex, the legendary singer was quoted as calling hologram technology “demonic”. Also, he was very particular about his work which indicates that he wouldn’t approve of postmortem projects.

Princes’ siblings’ own part of his estate, but a few of them sold portions to a huge music firm. The music firm is legally allowed to sell and promote Prince’s music even without his approval. So, one begs the question, when do morals trump monetary gain and the notoriety of fame?

According to Aaliyah’s estate, they are not onboard with the release of Unstoppable nor have they been onboard for the late singer’s release of “new” music or online streaming services. Aaliyah’s estate is run by her mother Diane and brother Rashad.

Behind the scenes, Aaliyah’s family has been battling Barry over his decisions to handle Aaliyah’s music. On Twitter around Aaliyah’s 20th death anniversary in August 2021, Rashad Haughton tweeted a message expressing his disapproval of Unstoppable and new music. The post was retweeted by Ashley Yates. Rashad tweeted a sentiment with a #IStandWithAaliyah hashtag.

Why we support Aaliyah but not Unstoppable

There isn’t any evidence that Aaliyah would want a posthumous album or not. Morals, however, would respect the wishes of her closest relatives. It’s completely unclear on why Barry wants to do the album and it is unclear why Aaliyah’s estate did not want Aaliyah’s music or new music available to the public. But what is clear is that the Unstoppable album is already starting off on the wrong foot.

The Unstoppable album will feature only male artists. This is clearly a red flag. The men featured on the album have a history of abuse, misogyny and domestic violence. Any man convicted or has allegations of violence against women should not be associated with Aaliyah or be on Unstoppable.

Would Aaliyah choose to work with these men?

Definitely not.  The fans would be more comfortable if the album featured artist, she has worked with that can capture Aaliyah’s sound, vibe, and essence. What we want is an album that features who Aaliyah is and what she represents. It would make sense if both Missy Elliot and Timbaland were working on this album, not just Timabland. 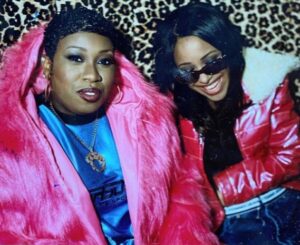 It is uncomfortable that in 2022, we still have to put up with misogynistic and abusive artists. Artists who shouldn’t even be associated with Aaliyah or Unstoppble, such as Chris Brown and Snoop Dog should not be on there!  Aailyah’s personal life and the circumstances around her abuse and former mentor, predator, and convicted rapist R. Kelly were buried. How do we honor the late signer without honoring her truth and finding her justice!

It took 20 years for R Kelly’s camp to admit that he had inappropriate sexual conduct with Aaliayah, who was also a minor when they met, and married. 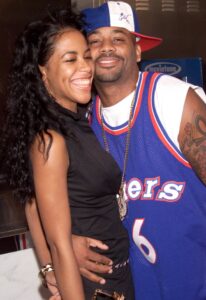 The late singer and actress was dating Damon Dash prior to her death. Just recently in August of 2021 around her 20th death anniversary, Dash revealed the source of his contention toward director Hype Williams. Aaliyah’s former beau explained the singer’s fear of planes. He found out that she complained about the small plane that she had to rockstar Lenny Kravitz, who then gave her a jet.

Allegedly, the singer never boarded the aircraft provided by Mr. Kravitz because Hype Williams took the jet for himself.  Aaliyah was not protected. Comparable to the beginning of her career, she had no say in this matter. While considering events leading to her death so many questions arise. Why wasn’t she initially provided aircraft of better quality? Did anyone else know that Aaliyah was gifted a plane from Lenny Kravitz and how come no one saw to it that she boarded that jet?

Furthermore, an author by the name of Kathy Iandoli alleges that Aaliyah was given a type of pill and was carried onto the plane while sleeping.  The singer plainly stated not wanting to board the plane after the pilot advised that the small plane would be overweight. If that’s not enough, the pilot of the plane was under the influence of drugs and alcohol and wasn’t certified to fly the plane.

It seems Aaliyah’s final hours are plagued by questions. When thought about, it forces one to consider alternative scenarios that may have resulted in a better outcome for Aaliyah and her entourage on that bleak day. No one checked the pilot’s credentials. Who hired him? When was the pilot hired?

Did the pilot tell everyone that the plane was going to be too heavy? Did anyone else have suggestions about alternative ways to get home such as contacting a loved one or exec for another plane to come? Unfortunately, these are questions that don’t have clear answers. It is reported that prior to her death Aaliyah had a recurring dream that she was flying away and free from fear. Her death and those who died with her is still a very sad and unfortunate situation. Til this day many fans across the world mourn Aaliyah and remember her angelic nature, iconic style and smooth vocals. May those closest to her at least find solace in knowing that she is now at peace.

The Proper Way to Honor Aaliyah:

There will never be another artist like Aaliyah because she was truly talented and original. She is and still unmatched. We support Aaliyah and we would support Unstoppable, but the facts are it doesn’t seem to be in good faith or honor her legacy.  Today, Aaliyah would be 43 years old.

Here are some suggestions on how to best honor princess Aaliyah:

How and where to hear Aaliyah’s albums after their long-awaited release (yahoo.com)