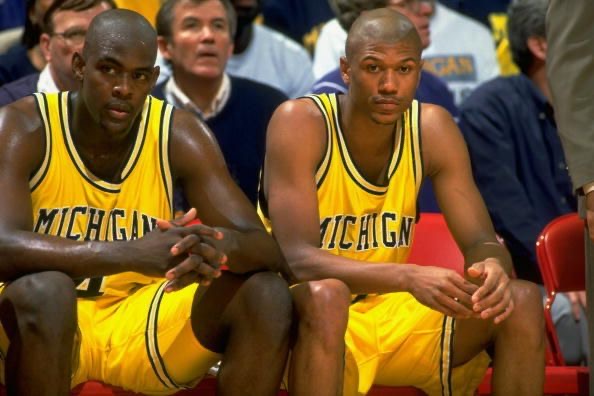 “…The stands are full. Somebody’s getting paid for this and it ain’t us.” – Jalen Rose

College athletes can now receive pay for use of their likenesses, names, and images. After decades of filling stadiums and not being paid a dime, instead being told things like, “You’re receiving a free education,” college athletes can now cash in… as students. This monumental deal came into effect on July 1st, after years of battles between athletes and the all powerful NCAA.

So, what exactly does this mean?

For the better part of two decades, EA Sports produced the critically acclaimed NCAA Football video game series. The yearly installment gave fans the experience of controlling their favorite division one school. These schools provided EA Sports the license to present their schools, stadiums, and mascots. The players though, well, that was a different story. If you happened to turn on your copy of NCAA Football 05’ and chose the mighty USC Trojans, you’d notice that Reggie Bush … isn’t Reggie Bush.

In fact, Reggie Bush was reduced to simply “Number 5.”

This is due to the NCAA having banned pay for collegiate athletes, so to offset this they didn’t use athletes names. However, Reggie Bush’s skill set was identical to that of “Number 5”.

While athletes could receive no pay for their likeness, the schools made a fortune selling their images, mascots, and stadiums to EA Sports for use in the game.

Amid the controversy of paying collegiate athletes, EA did cancel the franchise after NCAA 2014, but this ruling would allow athletes to be compensated for the name name and likeness appearing in a future installment.

While much of the focus is on the ruling itself, many wonder what may have forced the NCAA, a notoriously firm institution, to finally relent.

The NBA has a “one year rule”, meaning that to enter the draft you’d have to be at least one year removed from high school.

This rule has led to an influx of athletes choosing the G – League, the NBA’s developmental league, and playing abroad to further bolster draft stock. This has been quite a shot to colleges as players can earn compensation for competing in both leagues, while they wait for NBA eligibility.

This often deterred big prospects from heading to schools, which in turn can have a big impact on a school’s program. This ruling adds a bit of an incentive for college athletes, enabling them to potentially cash in on the mainstream exposure they are afforded.

The lifting of the ban has been a long time coming for college athletes like Jalen Rose. The NCAA has certainly come a long way from the days where Rose veered into the packed stands and realized, players were getting none of what they were responsible for.