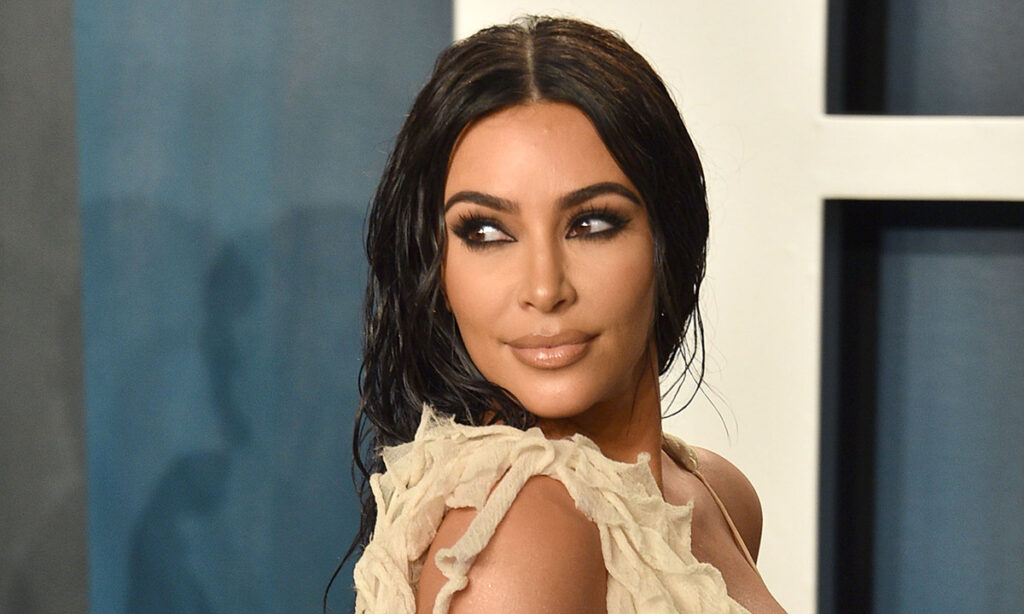 Kim Kardashian is a household name, and apart of one of the most famous families in the world right now. The world thinks she got lucky with a sex tape, but little do people know, Kim was going to be famous regardless.

Kim Kardashian has been the “it” girl for years and along with her sisters, Kourtney, Kendall, Khloe and Kylie, they have dominated TV as reality stars on their hit show Keeping Up With The Kardashians. But before she was a reality star landing Vogue and GQ covers, creating multiple business deals and ventures and being Kanye West’s wife, Kim was styling celebrities like Paris Hilton, Brandy, Cindy Crawford and Serena Williams. Fashion was her focus, but fame was coming.

In addition to her very popular tv series, she also became a mother and has four children – North, Saint, Chicago and Psalm West.

Kim is also a very successful businesswomen as well. She started a shapewear line called SKIMS, in addition to her cosmetic company called KKW Beauty. But, would she have this much high status if that infamous sex tape with then boyfriend RayJ didn’t leak? The answer is most certainly yes.

Let’s take a look how.

Kim and her brother and sisters have grown up in the public eye after their dad Robert Kardashian was a famous attorney who represented OJ Simpson in the famous murder trial in 1995.

After her parents’ divorce, Kim’s mom and manager Kris Jenner, went on to marry Olympian Bruce Jenner, (now Caitlyn) where she became a big sister to Kendall and Kylie.

The Kardashians grew up around big names so it’s no surprise that Kim kept herself in the mix throughout the years.

Kim also used to work for Paris Hilton as her assistant and stylist which is how she actually landed her own show, the popular KUWTK, which followed the lives of the Jenner-Kardashian life and lifestyle. The show went on to last for 20 seasons, so it’s safe to say that Kim would have did quite okay without her sex tape.

If you need more convincing, Kim also dated plenty of famous people while being friends with Paris. They regularly went to events together, and that boosted her celebrity status.

The mother of four and millionaire has also starred in a few acting roles such as in Disaster Movie, a Fall Out Boy music video, CSI: NY, and How I Met Your Mother.

Instead of letting her sex tape destroy her, Kim Kardashian rose from it and turned it into a business empire. She realized that the tape wasn’t going away. To this day, the Kardashian sex tape is Vivid’s “best-selling movie of all time” according to Vivid Entertainment founder Steven Hirsch. According to TMZ, Kim made $150K while Ray J made $270K. The sex tape settlement gave Kardashian a way to pursue her own career moves.

From the show, she has landed lots of endorsement deals, franchised the family boutique Dash, has her own video game and her own book. Fans of KUWTK watched Kim be open and transparent on TV, letting them into her dating life and later her married life, family life and her business moves.

What made Kim really famous was the fact that she opened herself and her life up to us the public, and that’s why she’s one of the top influential people of today, and a sex tape alone would not have rocket launched her to fame like this.