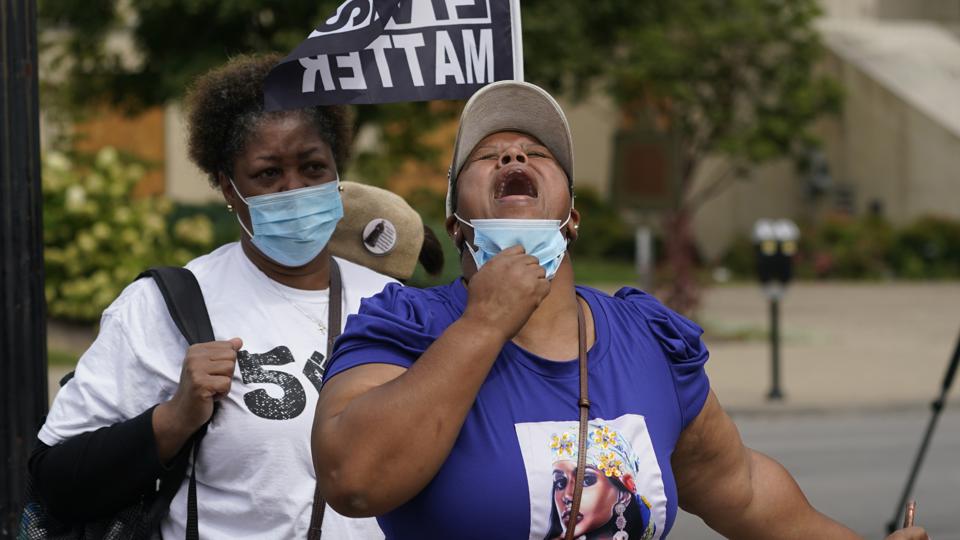 The death of Breonna Taylor, an African American medical worker who was shot and killed by Louisville police officers in March during a  raid on her apartment, led to nation-wide protest demonstrations in the spring and summer as the case attracted more attention.

On Wednesday, a grand jury indicted a former Louisville police officer for endangerment for his actions during the raid.

No charges were announced against the other two officers who fired shots, and no one was charged for causing Breonna. Taylor’s death.

At the time, detective Brett Hankison fired into the sliding glass patio door and window of Taylor’s apartment,  which was covered with blinds, a direct violation of a department policy that requires officers to have a line of sight.

He was later served with a termination letter stating that he showed “extreme indifference to the value of human life.”

For months, Taylor’s family has pleaded for justice, pushing for criminal charges against the officers.

In September, Louisville officials agreed to pay $12 million to settle a wrongful-death lawsuit brought by Taylor’s mother and to institute reforms aimed at preventing future deaths by officers.

However, this is not enough.

Since the recent national demonstrations over police brutality and systemic racism stemming from countless deaths of African Americans that began in late May, people around the world are frustrated.

When will justice be served?

Progress in the Breonna Taylor case has been slow, especially when compared with the George Floyd case, where officers were swiftly fired and charged.

Breonna was a woman who was figuring everything out in her life. Her death symbolizes the disregard not only for human life but for Black life.

What’s most heartbreaking about this case is that Black lives continue to be lost based on the errors of police.

Who is suppose to protect black and brown communities, when the people who are placed to serve within our neighborhoods are using lethal force to do so?

Black lives matter, if not now, then when?

The “Say Her Name” movement also brings awareness to other Black women whose similar stories may not have garnered as much national attention, including Tanisha Anderson and Atatiana Jefferson.

“‘Say Her Name’ attempts to make the death of Black women an active part of this conversation by saying their names,” Kimberlé Crenshaw, an activist, and creator of the hashtag told ABC. “If Black lives really do matter, all Black lives have to matter. That means Black lives across gender have to be lifted up.”

Although the verdict in the case of Breonna Taylor is disturbing, we must continue to use our voices to seek change.

Our condolences to the Taylor family, and to those who have lost loved ones at the hands of police.