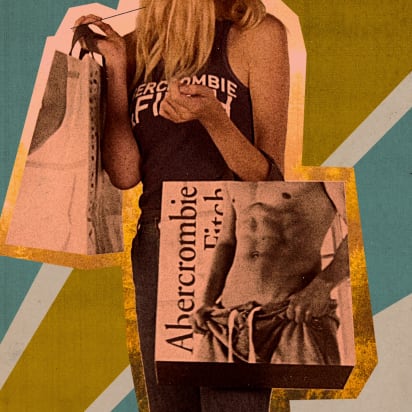 Released on Netflix on April 19th, a documentary chronicles the reign and slow fall from grace of Abercrombie & Fitch. Alison Klayman directs the documentary. It shows interviews, imagery and video playback of blatant exclusionary practices that gave the brand both success and failure.

As the documentary plays on it becomes obvious to see the cause of such a great fall. Former Recruiter Christopher Clayton reveals there was a book that defined what good looks were and what they weren’t.

Exclusion as a Business Model:

Workers were hired based on looks and fired based on looks. Sadly, Dr. Ocampo recalls being told ” We can’t rehire you because there’s too many Filipinos working at the store”. As a result of exclusionary ways, in 2003, several employees file a discrimination lawsuit against the company. The company settled and paid out about 50 million dollars but admitted no fault.

Around 2005 the company had to fulfill duties to hire a diversity team and to make changes to their practices. Todd Corley became Senior Vice President of Diversity. In 2013, Activist Benjamin O’Keefe started a petition for plus sizes and inclusion and the movement grew. Abercrombie & Fitch invited O’Keefe to meet with Corley and others in an attempt toward the right direction. However, former management shares that terms for hiring became coded but the culture stayed the same. In 2015, Samantha Elauf won a lawsuit against the company.  She was denied employment because she wore a hijab to her interview.

Finally, people have had enough of the loud exclusionary practices that belittled American teens and young adults. Although rebranded, the company hasn’t seen the success it once had in the late 90’s and early 2000’s.

Activist Benjamin O’Keefe says “Its a reason why people liked that brand. It’s because exclusion is apart of our society.” Unfortunately, exclusionary ways are apart of American history. Consider ways that you can intervene. Sound off in the comments of InClub socials and share your ideas and thoughts.