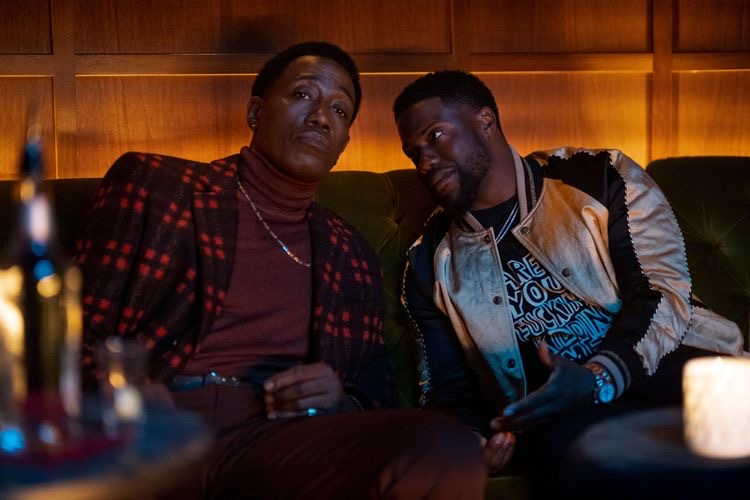 True Story, is a seven-episode thriller on Netflix that showcases Hart’s more dramatic side, but still doesn’t lose his charm.

Hart plays Kid, a comedy superstar whose  blockbuster film, The Anti-Verse, just made $1 billion at the box office. During a tour stop in his home city of Philadelphia, Kid goes out to celebrate with his big brother Carlton (Snipes). After drinking a lot, Kid hooks up with a lady he met at the club, and when Carlton wakes him up, he tells him the woman is dead. The premiere ends with a genuinely shocking twist, one that instantly makes Kid and Carlton’s situation even more messier. 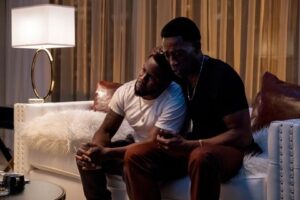 True Story’s first few episodes follow the brothers as a panicked Kid tries to make sense of what’s happened, and Carlton steps up to fix the mess his little brother has gotten himself into. In the way that Kid—who was recently sober until the night of the incident—begins to emotionally spiral at first, while Carlton starts thinking of a plan to dispose of the body.

More drama than a dark comedy, True Story tries to make you feel the professional and personal stresses weighing Hart down while he’s trying not to think about the fact that he and his brother have now played a hand in a huge mess. The Antiverse movie success is everything Kid ever wanted, but the world watching his every move makes actually being able to enjoy that success difficult.

Fans have been thoroughly enjoying True Story after it landed on Netflix last week. Many have been giving their two cents  on social media, with one fan writing: “#TrueStory was an absolute masterpiece. Enjoyed it so much. Great acting and great production. Was left wishing it would continue it was that good! Good job Kev!” A second wrote: “True story was excellent. Kev, you are getting better and better with these dramatic roles. @wesleysnipes did his thing as well. I have to watch it again.”

Meanwhile, celebrities have been loving the show, too. NBA player LeBron James tweeted: “If y’all haven’t checked out #TrueStory yet on @netflix y’all are missing out!! It’s by far one of the best shows out right now! @KevinHart4real my brother you killed that man!! Proud to call you my brother cause that performance was PHENOMENAL!!”

With appearances from Lauren London, Ellen and more, it’s definitely a show worth checking out.