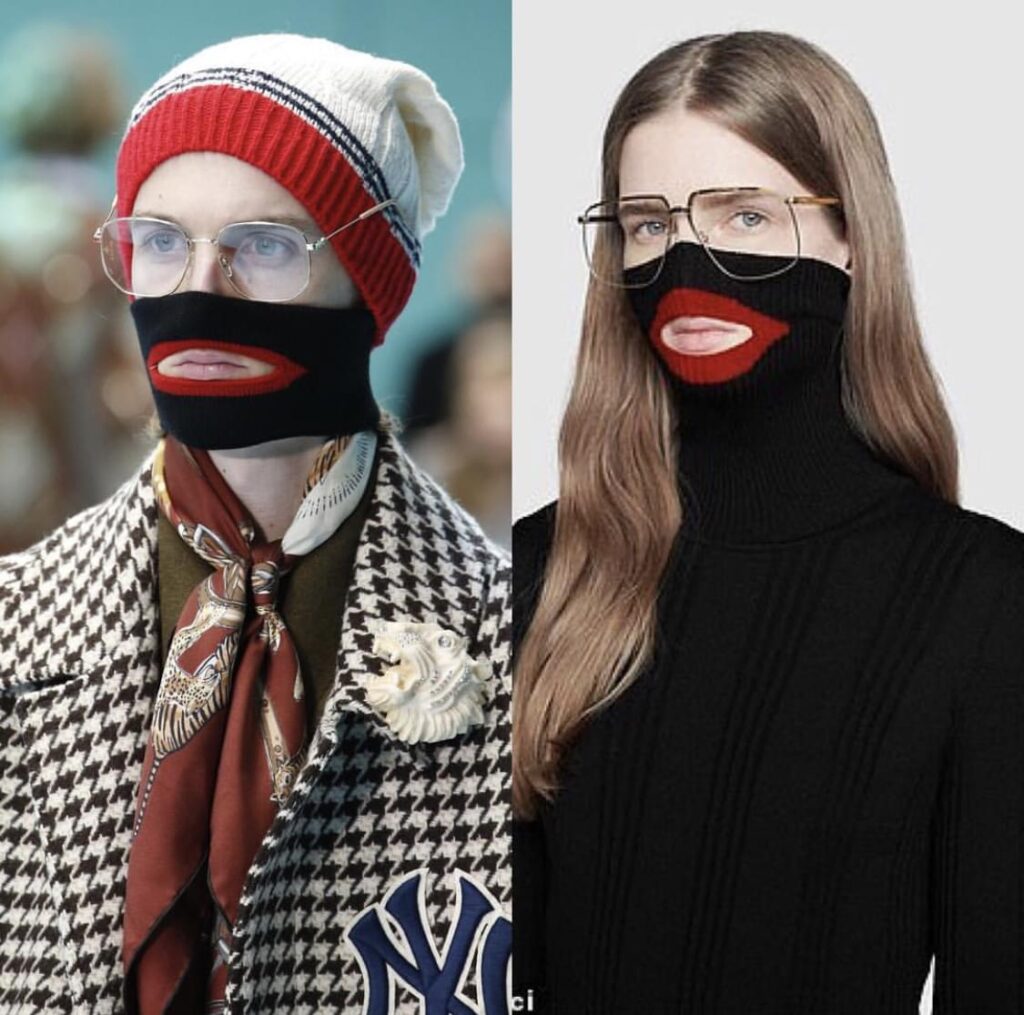 No matter what’s going on in the world, there always seems to be ample time and room for pride and prejudice. And I’m not talking about the Jane Austin Novel. I’m talking about the arrogance and bias that continues to rear its ugly head in the fashion industry. It’s hard to believe we’re still having an issue about diversity in 2022! It’s tiring – the sense of false humility displayed in these poorly written insta-apologies. In addition, it’s tiring – the tweets filled with empty promises of an inclusive future without the actions to back it up. 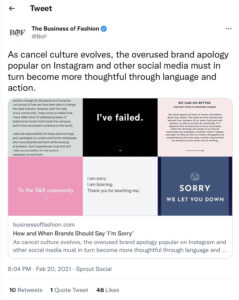 Firstly, cancel culture can be extremely toxic; however, it does have some benefits when it comes to activism on social media. People of all backgrounds become unified because of a common enemy.

The influence cancel culture has on the fashion industry is major. It can be useful for getting a public apology, statement or declaration from designers and brands who have publicly disrespected or offended marginalized groups.

Cancel culture can drive stores to snatch products off the shelves.  In addition, the offenders can be fired or suspended. However, after a while people tend to forget about it. Cancel Culture is good for short term goals, but long-term accountability is in the hands of the consumers.

Racism, Misogyny and Homophobia are very prevalent in the fashion industry. At this point, it is a slap in the face if you aren’t white, heterosexual, and college educated able bodied man.

The fashion Industry treats inclusion as if it as just another trend. Brands such as Dolce & Gabanna, Gucci, Christian Dior and Diesel have been exposed for their prejudice yet have done the bare minimum to make progress.  Lets take a look at some of these brands. 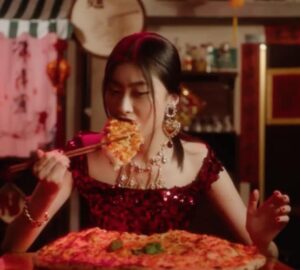 Dolce and Gabbana is a well known Italian luxury fashion house founded in 1985 by Domenico Dolce and Stefano Gabbana. The brand name literally means “sweet life” in Italian.  Ironically, the founders of the brand have a long history of not so sweet offenses including three 40 second videos they produced as a tribute to Chinese culture. These videos depicted a Chinese model trying to eat Italian food with chopsticks coupled with patronizing audio clips.

This tribute seemed more like a mockery, especially to China. The designers released a statement saying

“Our dream was to bring to Shanghai a tribute event dedicated to China which tells our history and vision”.

Sounds like a crock of malarkey if you ask me. Its no way they thought they were honoring a culture as rich in values, morals and respect as China is, with those horrifying ADs.

This isn’t their first or last run in with racism and misogyny, but their fashion shows continue to be star studded with celebrities of all backgrounds. How can we expect change without real accountability? 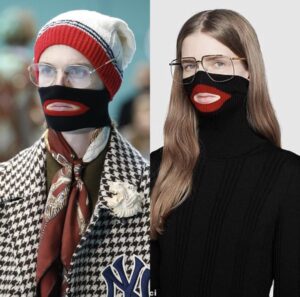 Gucci is another high end Italian fashion house based out of Florence, Italy. It was founded by Guccio Gucci in 1921. They are most known for their handbags, ready-to-wear and shoes and accesses. In February of 2019, Gucci released a sweater resembling blackface. This blatantly racist design made it past everyone in the organization? its hard to believe nobody thought this was a bad idea.

People were outraged not only by the design, spectators on twitter say that it was no coincidence they released the sweater during black history month. What do y’all think?

That’s not even the worst part. To make matters worst, they sold this sweater online for $890….. for over a year!  They have been accused of profiting off of black face. Gucci released an apology on twitter and stated that the sweater would be immediately removed from online and in store.

The issue in this case isn’t just the design, its the fact that it was actually on the market for a year. This raises a question about the creative directors and designers who co-signed this. This is why we need diversity at every table that decisions are made. If there was diversity in the organization, this design would have never been approved. It doesn’t take a rocket scientist to see the uncanny parallels between this sweater and  black face. White privilege is evidently blinding. When will Gucci choose diversity? Christian Dior, commonly known as Dior, is a luxury French fashion house controlled and chaired by Bernard Arnault. Arnault is also known as head of LVMH, the worlds largest luxury group. In august of 2019, Dior released an ad for its cologne called “Savauge”. The Ad includes Johnny Depp dressed up as a Native American, dancing around with a feather 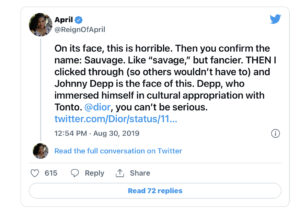 I just want to know, who thought this would be a good idea? The imagery and name are a terrible combination. This is just another example of what happens when designers dont choose diversity for their organization. 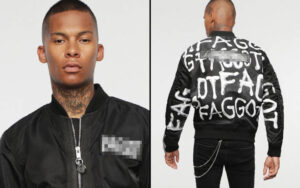 Diesel is an Italian retail clothing company best known for its denim wear . Its founder Renzo Rosso started the brand in 1978. In October of 2018 Diesel dropped their “hate couture line”. In its attempts to stand against online bullying, it dropped a jacket with the word “fa**ot” plastered all over it. It did not have the effect they thought it would. I’m not sure how they expected people to respond after this term has been used to target, ostracize, bully, and isolate many members of the LGBTQ community.

Some decided to share this disdain for the campaign via twitter. An author, James A Lyons tweeted “I know what Diesel are trying to do, but I feel they are failing spectacularly with this . I  find it a bit uncomfortable.” In response to peoples pain, diesel put out a that lacked remorse. They said “It’s worth repeating: you don’t make online hate disappear by hiding it. Share your stories of online hate. It’s time to take the hurt out of hate. #DieselHateCouture“

Therefore, when you offend without apologies, there will always be consequences. Consequently, the following year Diesel filed for bankruptcy! Could it be a coincidence? I don’t think so. They had the right idea, took the wrong approach. Their response  raises the question,  what were there true intention in creating this jacket? We don’t have to agree to apologize, we just have to be considerate.

Diversity is a choice

Changed behavior is the best apology. In these cases, choosing diversity is the only path forward. In addition, once we’re called out, we become accountable for what we know. However, all of these statements and apologies begin to fall on deaf ears after a while. We want internal change that reflects outwardly, not outward changes to cover up the inward prejudices. All these designers have shown us is that they are concerned about protecting their own interests.

Until they choose diversity, we must continue to raise our voices about the disrespect. We must continue to be loud about the prejudices. Most importantly, we can’t just demand diversity, we must also demand inclusion. Andres Tapia, author of “the inclusion Paradox” says it best, “Diversity is the mix. Inclusion is making the mix work”. Its time these designers make the mix work for us.