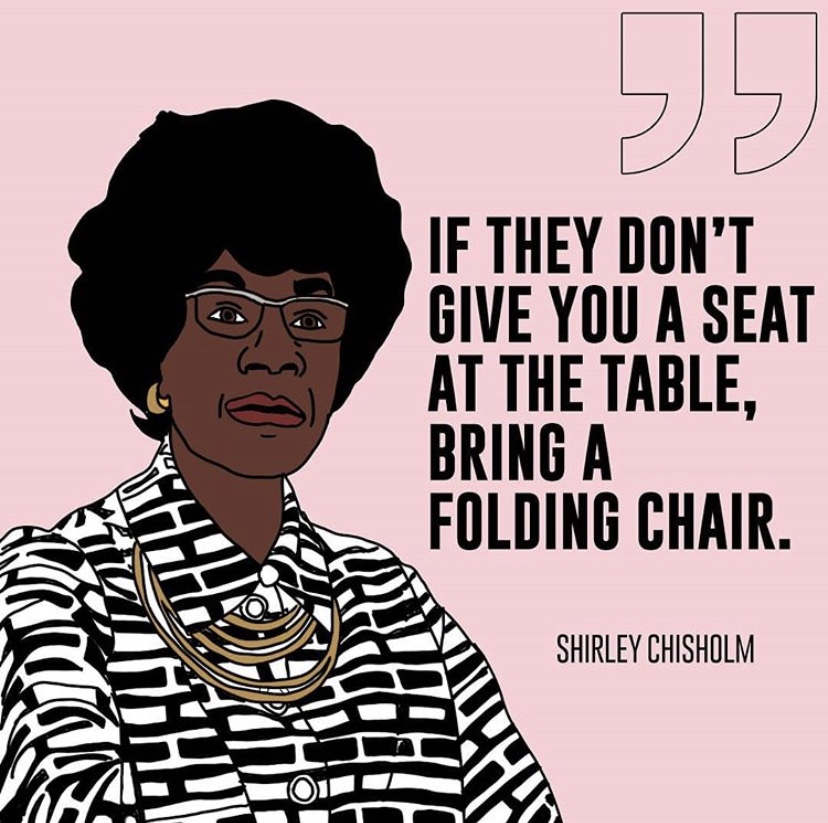 The stress and uncertainty of the 2020 presidential election will forever be etched in the minds of many Americans. However despite that some very historical strides were made by Black women who not only showed up to the polls but now occupy office in the White House and Congress.

These victories come decades after Shirley Chisholm became the first Black woman elected to Congress in 1968 and the first Black presidential candidate for a major party in 1972. Take some time to get to know these Black women who are committed to positively shaping their local districts and the country at large.

Kamala Harris’ win as Vice President-elect has set a precedent for women as well as the Black community and the Asian community. On Saturday night the she gave an empowering victory speech in Delaware about the current climate of the country and how we will move forward in a united manner.

While I may be the first, I won’t be the last. pic.twitter.com/R5CousWtdx

Representative Maxine Waters has served the 43rd congressional district of California since 2013. Her re-election victory on Tuesday against Joe Collins has only made her more eager to continue working with her constituents to enact change.

I’m anxious to get back to Washington to organize the support for our children & our families that is needed during this #COVID19 crisis. It’s been much too long since we passed the CARES Act & provided desperately needed support!

Congresswoman-elect Cori Bush became Missouri’s first Black congresswoman garnering 84 percent of the vote during the race. In addition, her political career she’s also a registered nurse and a community leader for the Black Lives Matter movement.

‘Our America will be led not by the small-mindedness of a powerful few, but the imagination of a mass movement that includes all of us’ — @CoriBush delivered this empowering, impassioned victory speech after winning her congressional race in Missouri pic.twitter.com/shsGTEBvpi

Nikema Williams expressed gratitude after being elected as the representative of Georgia’s 5th congressional district. She currently serves as a member of the Georgia State Senate for the 39th district.

WE DID IT! Thank you for your support — I would have never been able to do it without you.

This seat does not belong to me, it belongs to the people. And I'm ready to fight #OutLoudAndOnPurpose for the people of #GA5! Now let's get in some #GoodTrouble y'all! pic.twitter.com/5UAKv5R73J

Ilhan Omar won her re-election for Minnesota’s 5th congressional district which she has represented since 2019. She continues her congressional journey with Alexandria Ocasio-Cortez, Ayanna Pressley and Rashida Tlaib who are all members of The Squad.

Congratulations @IlhanMN on her win in Congressional District 5! #BlueWave2020 pic.twitter.com/JstEA7XdLT

Marilyn Strickland will be making history as the first Black member of Congress from Washington state as well as the first Korean American congresswoman. She previously served as the mayor of Tacoma, WA from 2010 to 2018.

Thank you – to the voters of the 10th district for helping us make history last night, and to our supporters who have been with us on this journey. I am humbled by these results, and I look forward to working for our communities everyday in Congress. Let's get to work! pic.twitter.com/pyfNSGJc4L

Representative Ayanna Pressley won her re-election for the Massachusetts 7th congressional district. In 2019, she became the first Black woman elected to Congress from Massachusetts.

I am so proud to be your Congresswoman & your partner in the work.

I believe in the power of us.

And we’re just getting started. https://t.co/P0jPUK04wM

Representative Lucy McBath will continue her tenure serving Georgia’s 6th congressional district. She draws on her life experiences as a mother to further her fight for important issues such as gun violence prevention.

When my son was murdered, I went from a suburban mom to a mother on a mission overnight.

And last night proved once again that when we elect a mom on a mission – we get results.

It is my honor to return to Washington to fight for you. pic.twitter.com/WYAfe1294a