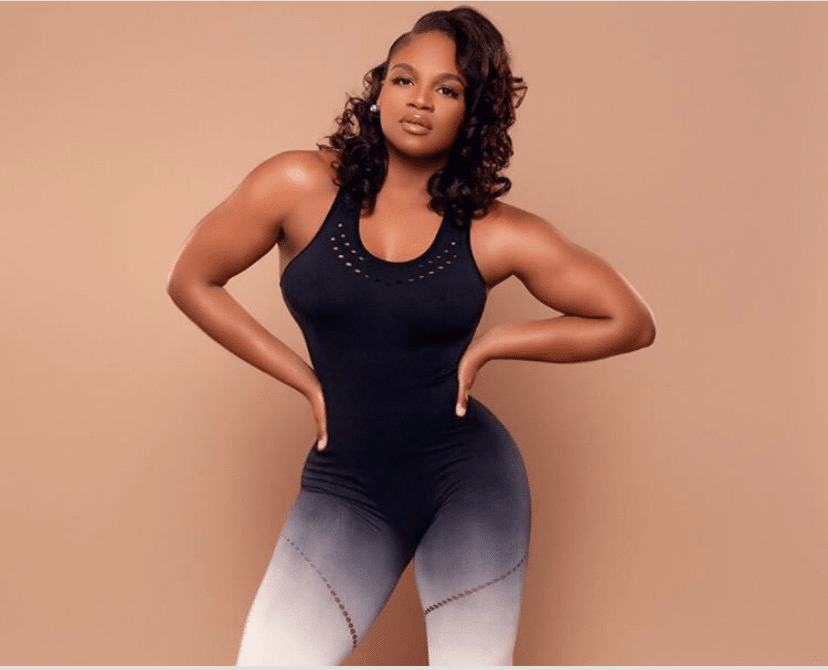 ” These are the words spoken from Tamika Harden, a professional fitness trainer with her own business “bodybytamika” and COVID-19 survivor.

Tamika is known for being strong, in body and in faith. This siuation was going to call for unwavering faith to show up!

As most of you know, we are living amongst unprecedented times since the start of 2020 with the recent pandemic that has swept the world and affected and even killed millions of people. 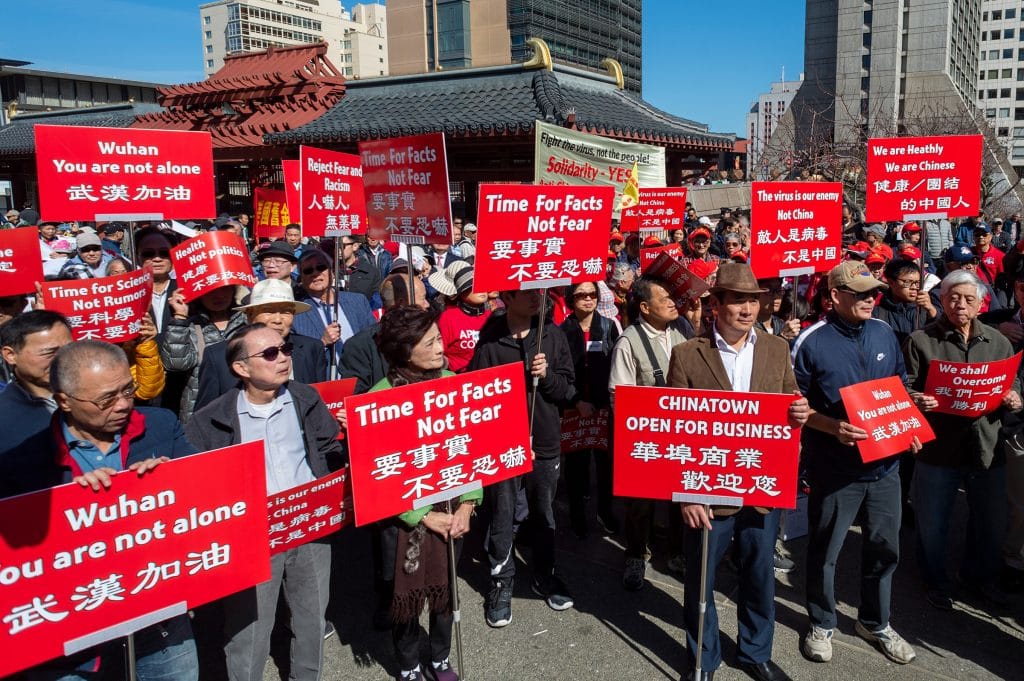 The concrete origin of the disease outbreak has yet to be determined, but what we do know is that it started in Wuhan City, China and has since spread dating back to December of 2019. Many people, completely unaware they had/have the virus. The world is on stand still with lockdowns and jobs lost but there are rays of hope even if it’s dark out. Harden is one of those rays. Hailing from the Southside of Jamaica Queens New York, Harden was hit hard by the disease in March of 2020 at the healthy age of 34. But, it wasn’t so obvious at first. She was experiencing flu like symptoms when she woke up one morning and very lethargic.

Rather than just staying in the bed and resting, as a self employed professional fitness trainer, she decided to cancel her zoom training sessions for the afternoon, not usual for her, and she laid back down for some rest. She recalls all the symptoms throughout the first few days saying “I was feeling lethargic and light-headed and just not like myself.”

After feeling so dreaded in the morning she decided she would pull it together and push through her evening training session. She successfully got through it and she took the next day to rest. By that Saturday she had began working out again in hopes of sweating out the cold she thought she had. 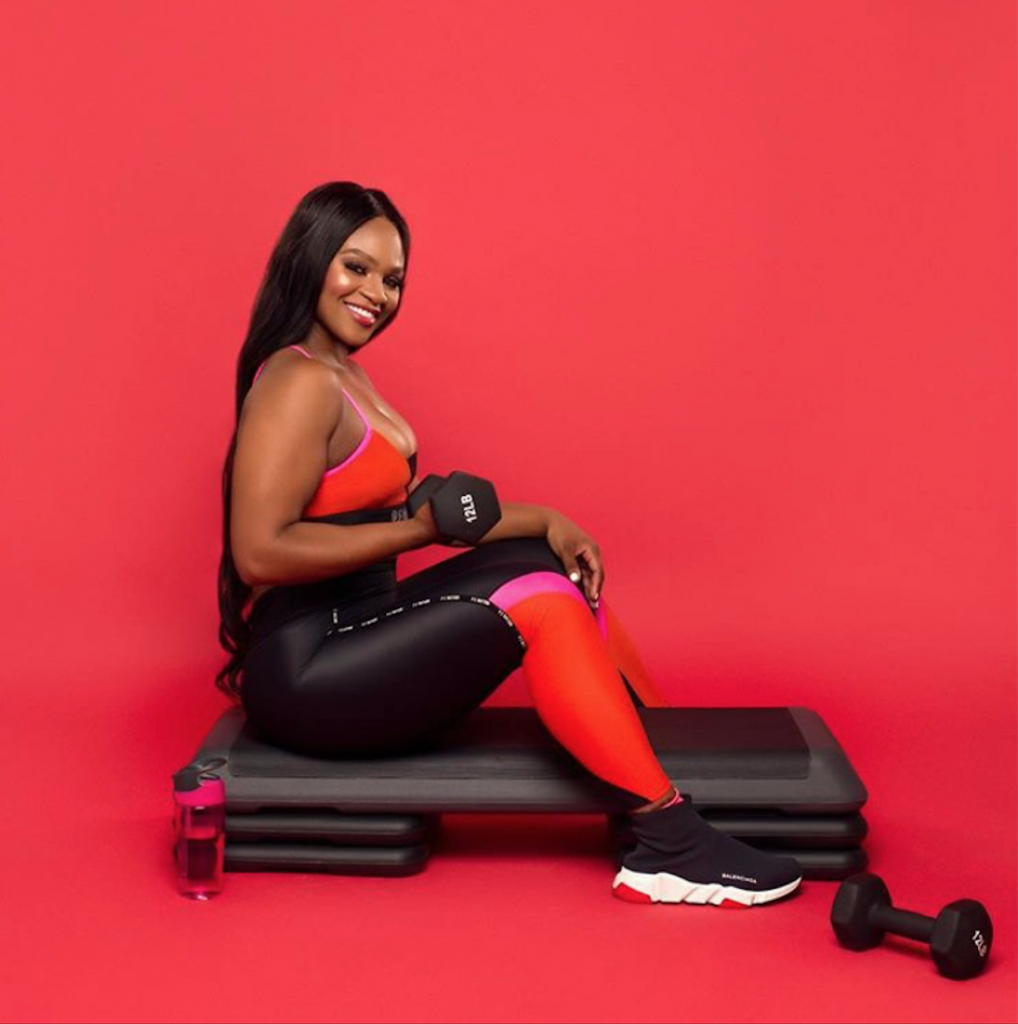 She says while pushing herself through her workout. She has the mindset that she’s going to get through anything, which translated to her outlook on this disease. A few days pass by and the next Tuesday she recalls waking up feeling as if she had just been hit by a truck, saying “All I could do was sleep and wake up to hydrate and go back go to sleep again.” A day or two later she had decided to call the Center for Disease Control and Prevention (CDC). They asked her a series of 4 questions, those being, “Did you come into contact with anyone? ‘No’” she replied. Next, they asked her about her symptoms and they told her she would get a call in 48 hours to book an appoint. She never received that call until days later. That call confirmed that she had been in contact with someone who had tested positive for COVID-19 but by that point she had gotten towards the end of her symptoms.

Detailing her symptoms compared to the flu she says “This literally knocks you down. You have no sense of taste. No sense of smell. No desire to leave your bed…. You feel as if you can’t do anything. Now combine that with a heavy cough and not being able to breath, that’s a whole other beast.” With that being said, she decided she would still get tested so she got into her car and drove over to Stony Brook hospital where they refused to take her the first day due her not booking an appointment.

Tamika called the CDC back and after a few hours she had gotten through to someone who told her about a trauma unit that the CDC set up. They would accept anyone who wanted to get tested. That next Monday she went and proceeded with her normal routine the rest of that week leading up to that Friday. On that Friday she received a call confirming that she had tested positive for COVID-19 and she had been instructed to self-quarantine for the next 2 weeks and her children and everyone in her house were considered positive. She proceeded with the instructions although she had been near the end of her virus and she felt as though because of her healthy lifestyle she was able to trek through it a lot better than some others.

Because she didn’t know she had it the fear didn’t sink in. It didn’t sink in until later afterwards that she had been hit with this disease that is killing millions and millions of people everyday. Her emotions starting to ooze out of her she says

“It all started coming to me that my life was spared…

Any adversity I find a way to talk myself through it.” She feels that she has to do more now. “I feel like my life was spared because I have a purpose. That’s how I look at it, no other way. I just feel like I have to go harder to do what I was set out to do and that’s to get people healthy.” She leans on her health and lifestyle as the top reason why she survived through it. When she started her fitness training journey she knew that was her way of helping people and this has elevated her to go much harder to help people. Getting people healthy through fitness is her life’s work as she has helped tons and tons of people who come to her to train.

When Tamika was 16 years old, living in South Jamaica Queens, NY, NY, she was 40 pounds overweight and no one in her family was involved in working out of any sort. She made the decision herself to find a gym [ Luca Roberts] that she could afford with her job and get her body in shape. She had no idea what would follow because she not only lost the 40 pounds in a matter of months, by the time she was 19 she began her journey to become a professional fitness trainer.

She began to see how working out did something more than just help her loose weight. She began to be more confident in herself, her spirituality began to get stronger, her mindset about life began to alter drastically. She always knew she was meant for greatness. “It’s really helped me turn my obstacles into victory.” She says. For her clients, she uses fitness as a way to not just train them physically, but after about a month or 2, they start to understand that they’re training their mind to think about things differently. Piece by piece, rather it be creating habits that translate into the nutrition side, gaining spiritual confidence, how to say no to little things first, gaining self care, love and worth.

In short, Tamika is helping her clients create a lifestyle outside of just coming to lose weight or get ‘snatched’. “If you adopt a certain amount of habits and lifestyle you can really change your whole life. That’s what makes ‘bodybytamika’ different than the average training program.” While the disparities when it comes to this virus and the healthy lifestyle among the black community are slowly getting better, Tamika feels that more can be done. COVID-19 will not get the best of us.

Her top 3 tips for people starting their fitness journey are: