To say that I am pissed would be an understatement. But, I AM PISSED!

I am pissed with you, White America. Why is the question you might ask. Because many of you may not even be aware of the names of individuals I am prepared to let you in about.

I thought it was only appropriate to make myself crystal clear, that WE ARE PISSED, and here are just a few reasons why.

GEORGIA—February 23, 2020, a black male, 25 years of age by the name of Ahmaud Arbery was chased down in a truck by two white men one a former cop, both armed with rifles, shot multiple times and murdered.

Ahmaud was jogging, as he was accustomed to doing. Wearing shorts and a t-shirt, you know the attire that people wear when jogging. Most importantly, he was unarmed.

KENTUCKY— March 13, 2020, a black female, 26 years old by the name of Breonna Taylor was shot 8 times, 8 times! By 3 Louisville Metro Police officers. The policed entered her apartment for an investigation centered around the disturbance of controlled substances more then 10 miles away!

MINNESOTA— May 25, 2020, a black male, 46 years of age by the name of George Floyd was choked to death, by a White police officer while already restrained with handcuffs and face down on the concrete.

Uncomfortable yet? Do you see any common themes?

White America’s response is still, “But, why are you pissed with me? I didn’t do anything.”

And there lies the problem.

I once asked my Aunt if I could build a fort in her room. My Aunt replied to me,

“If you built it up, it is your responsibility to tear it back down.”

This seems to be the underlining reality most of White America refuse to live in.

But this is precisely the one they need to become aware to.

Your silent is louder than our screams 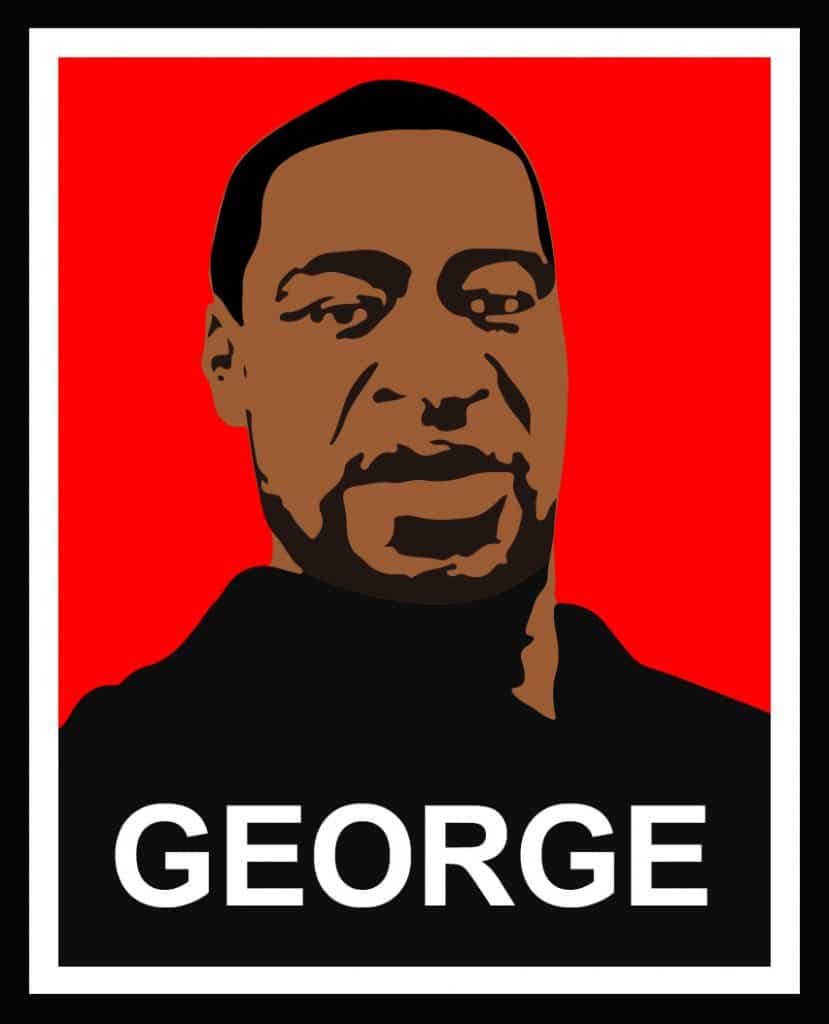 While the screams of Black people in the wake of yet another Black person killed by what is extremely clear to be racially motivated are loud, the silence of most of white America is far louder.

I use to believe White people were lying when they said things like, they do not see the police brutality of black men. I thought, they must be lying, when they said they do not see racism. But now I believe them. I believe because I hear nothing from the outlets for which they gain their information. There are three major contributors of White America that continue to aide this horrific systemic mechanism of racism.

They are multi-media companies with predominantly White audiences. Police officers and White Pastors and or church leaders. Today, that needs to stop.

IF you build it, you must dismantle it!

Let’s address the systematic enemy of Black people better known as the police. The racially bias and mistreatment of Blacks from law enforcement is a deep seeded issue that White America needs to disassemble, because they are the ones that built it.

Over the past two hundred plus years the mistreatment of Blacks has only gotten worst. Maybe because the laws in place were not made with Black people in mind.

Maybe because the establishment of the police municipal has its hooks deep in racism stemming back to 1704.

In accordance with information from Eastern Kentucky University, the formation of the police department as we know them today finds its origins in the ‘Slave Patrol.”

1.To chase down, apprehend, and return to their owners, runaway slaves;

2.To provide a form of organized terror to deter slave revolts; and,

3.To maintain a form of discipline for slave-workers who were subject to summary justice, outside of the law, if they violated any plantation rules.

It seems to me that White America has not gotten the memo, that we are not slaves anymore. Yet somehow, Black men are still chased down and beaten to deter our communities from rising up.

The police force is fundamental broken and inadequate to serve justice appropriately in regards to Black people. What is even the more detrimental is that the majority of the police force, if they had their way, would assert more force. As if digging your knee into the neck of a human being for 7 minutes until they died was not enough force.

Police in larger agencies with at least 1,000 officers are about twice as likely as officers in smaller agencies to say that their department’s rules governing the use of force are too restrictive (37% vs. 15%).

Translation, I should be able to choke black men out and not be reprimanded.

There must be something in the water cooler because with all the smoke in the air there are still large amounts of officers who do not see the string of recent deaths of Black Americans as signs of a broader problem, but simply isolated incidents.  According to a survey conducted on behalf of The Center by National Police Research Platform of nearly 8,000 sworn officers working in departments of 100 plus officers or more, only 27% of them think these deaths are signs of a boarder problem.

Stop me if you heard this one. A White guy running down Market street is chased down by some Black guys armed with assault rifles wearing Black power caps shoot and kill this unarmed White man. Have you heard it?

How about this one. Black officer chokes out white guy buying cigarettes until he could not breath and died… No? Me either.

I reiterate the inadequacy of the current police establishment. Having an establishment that hates you sworn to protect you is like asking Judas to be the bodyguard of Jesus. We have already seen how that played out. As do we see how this version is playing out.

But apparently, White America is nose blind to the smell of its own crap. Especially police.

So much so, that in the matter of the overall race relations in American society, the overwhelming majority (92%) of white officers say the U.S. has made the changes needed to give blacks equal rights with Whites; just 29% of Black officers agree.

According to datausa.com, 77% of the police force are White.

What do we do about this establishment? We call other police officers and law enforcement officials to hold their fellow officer accountable and stand in the gap.

Police need to be a part of the protest for justice, only then can we truly believe that when they say their sworn to protect and serve we actually believe them are talking to us too. By the same researchers at Pew Research say a majority of officers do not feel that officers who are consistently doing a poor job are held accountable. Does killed unarmed Black people count as doing a poor job?

Lastly, a majority (84%) of police say that officers should be required to intervene when they believe another officer is about to use unnecessary force. Those officers who do not intervene should be fired immediately without pay.

“I have come to accept that white America only love Black people when they are entertaining them.”

4 days after the lynching of George Floyd major media outlet with an audience sizes in the 10’s of millions, which are predominantly White, are still silent. I waited and watched to see who would acknowledge, and the ones who did would it be casual consideration or outrage. I was outraged to see the lack of acknowledgement and yes, lack of outrage.

Yet, these same publications love black culture, they love our black celebrities, they are quick to put Beyoncé on their cover.

Odd how we celebrated when in its 120 plus years in publication, they finally let a black person shoot the cover. Yet on issues affecting us, they are silent. Maybe it’s just me, but 1 in a 126 years screams a bigger issue in my opinion.

People magazine, Cosmopolitan, Vogue, GQ, Esquire, all are publications that has benefited from Black culture leaves that same culture to speak for itself, when the people they directly communicate to are the ones who are responsible for the building this system with disregard to Black people and should be the informed to be the ones to tear it down.

When the sources of where you consume your media does not speak on issues such as this, it proves one of two things. They don’t care because it is not their problem, or they know their audience does not care, because they too, think, it’s not my problem.

The data proves both are true. The general public is six-in-ten whites (57%) say the country has made the changes needed to bring about equal rights for blacks, compared with just 12% of blacks.

These statistics according to the Pew Research Center are jarring and extremely telling.

They tell the tale of White culture still too focused on keeping their White picket fence privilege, they ignore the picketing being done right outside their door.

White media, you need to communicate to your White audience, because Black people being killed by White cops and White people, and getting away with it is an issue of justice. You do not get to bass in our glory and ignore our grief.

I do not even know if to address you as brothers and sisters in the faith anymore. Because what brother would let his brother mourn by himself? What is your faith in, if seeking justice is not a result of it?  For far too long you have preached to us, without petitioning for us. Without protecting us. You have considered the association of the title Christian leave you blinded to the actual duty that comes with that title.

“learn to do right; seek justice. defend the oppressed. Take up the cause of the fatherless; plead the case of the widow.” Isaiah 1:17

How many Black unarmed men and women need to be killed before you realize this is motivated by hatred of our kind by the kind that sits in your congregation. When will you set out and exercise your faith in addressing the matter of race to you congregation? When will your theology cause you to make a stand and sit down your White privilege.

Don’t you dare come to us with a scripture or a word if that word is not one of justice, and accountability to for those who abuse their authority.

That’s the only word you should preaching this Sunday. Your White church, your White audience, they need to be know this is on them to fix.

How can you praise a God who is just, and with that same mouth, keep quiet when people are treated unjustly?

Dear White America, yes, it’s us again. Us, who are tired of having to teach you to be angry with racism reveals itself. Yes, it is us again, on the other end of a violent lynching at the hands of White people, protected by the system they created, which also hates us.

But I guess we do have one thing in common.

Neither of us can breathe.

How much longer do you think you can hold your breath, because it’s too late.

One thought on “Dear White America… Yup, it’s us Again!”