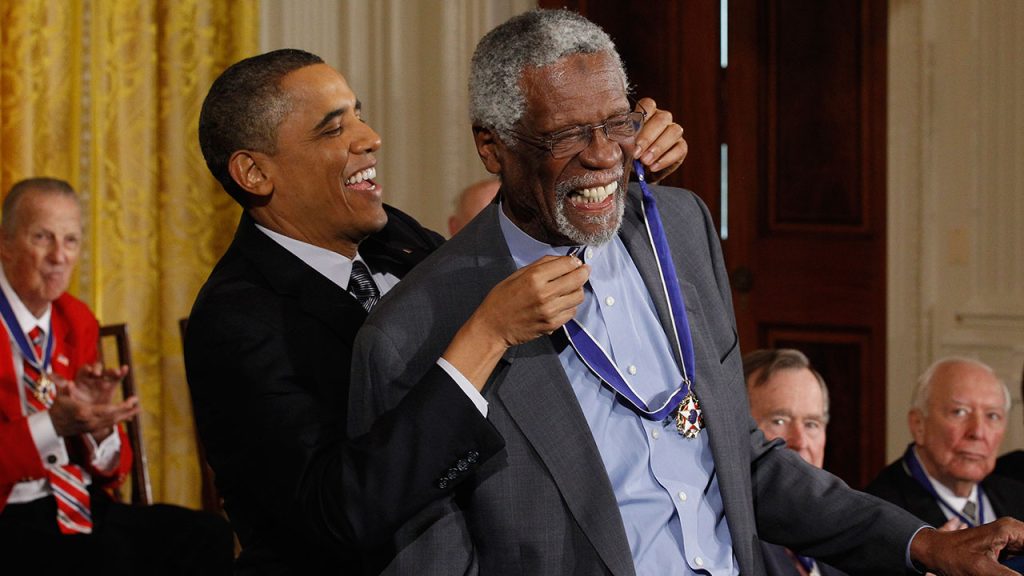 Protest has become synonymous with the NBA. In 2020, while in the infamous “Bubble” various NBA players chose to sit out during the playoffs. This protest came as a result of the police shooting of unarmed Jacob Blake, in Kenosha, Wisconsin. The Milwaukee Bucks started it, while players like Chris Paul, Donovan Mitchell and even analyst Kenny Smith, chose not to work in protest. The NBA’s willingness to stand up to racial injustice, issues surrounding politics, etc. has it roots in the work of one man; Bill Russell.

Let’s imagine Lebron James, one of the greatest players ever, having his jersey retirement ceremony. He returns to the Cavaliers, the team that drafted him and that he gave its first championship. He also built a school in Akron and has been a huge fixture in the community. So, he returns, and nobody’s there. Unfortunately, this was the reality of Bill Russell.

The aforementioned jersey retirement incident was actually at the request of Mr. Russell. Racial tension in the city of Boston was at a fever pitch. The event was fueled by the issues of bussing and the long history of Mr. Russell being a black star in a largely racist region. Russell was the first real black star in Boston during the civil rights movement, where he was hardly quiet about issues of race. As a result, the catalyst to the Boston Celtic dynasty had his home broken into and vandalized. Traveling to other cities, he was often denied access to hotels, and even disrespected by his home fan base… after home games.

The racist letters, and spray paint across his home did not stop him from dominating on the court. He led the Celtics to 11 NBA championships across 13 seasons. A five-time NBA MVP, and 12-time NBA All Star, he is regarded as one of the greatest to ever play the game. The most transformative part of his game though, was his ability to protect the rim. He was the quintessential NBA center. The prototype for which players like Hakeem Olajuwon, Shaq, and Dikembe Mutombo would form their game.

Pushing the vision set forth by Dr. King and civil rights leaders alike, Mr. Russell used his range both on and off the court. He ignored death threats and created the first integrated basketball camp in the state of Mississippi in 1963. This was done just after the murder of civil rights leader Medgar Evers. Let that sink in for a second. NBA Legend Charles Barkley summed up this sentiment in a quote for an article in the Atlantic:

“I got a lot of respect for the guys who do speak up now. But when you’re making $5,000 a year, and living in the America that he was at the time, that’s what makes him a hero.”

We agree with Barkley’s sentiments here. We thank you for being a leader, a champion, and a catalyst for change. Rest well, Mr. Russell.