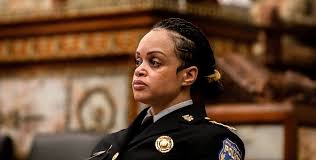 In Philadelphia, gun violence has always been a concern.

Statically, in 2018, over 1,100 people were shot and survived, leaving many with lifelong trauma.

I’m sorry. I do not know why, but I am. Frankly, I have tried to write this article numerous times and I never seem to be at peace.

A loss of life can never be done justice by any words I could say and there has been too much loss this last year. I prayed last night for wisdom and every night prior to this week.

It left me with only guilt whelming all that I type. A rise of gun violence in Philadelphia last year has made its home in the city of familiar love and all have felt its presence.

Breaking down the numbers

2021 is already on an unnerving track to surpass the last year’s records with an over 30% increase by the same point last year.

I do not wish to add to that pain, it the last thing I want. I do not want to turn any more families mourning into statistics. For that may make what is happening easier for some.

But I do not want any death of a loved one, a child, as easy as marking a tally. We must also acknowledge victims in areas where we wish not to.

As well as call out the facts we wish not to admit. We will list solutions here for that is the way forward. Blame does not help and we wish to help.

I want to focus on a solution that does not maybe get the light that it deserves. We are going to talk about gun sales and regulations bureaucracy. Simplistic in design, right?

Have Mayor Kenney propose legislation for some meaningful gun reform. That is sadly the problem, he can not. When it comes to the regulations of firearms it is largely left to the state legislature and the famously hard-working congressional bodies. It creates a sense of blame telephone. Kenney speaking his grievances passes the baton to the State and Federal level where no meaningful change has happened since 1994.

The Public Safety and Recreational Firearms Use Protection Act signed under President Clinton was the last real federal attempt and most of the protections have been stripped in the thirty-plus years since its inception. So the solution put the power back in the hands of the city.

The act of preemption is when the state government supersedes the lower local governmental body. It is a flawed idea that does not understand the vast difference Pennsylvania has to offer.

The gun need of a hunter in Erie is different than those of a mother of Philadelphia. We must have the state legislature give Philadelphia county special jurisdiction to enforce and enact any gun regulations they see fit for the protection of the city.

It shifts the responsibility back to the Philly leadership where they can react to the current situation and draft legislation to respond accordingly.

Our government was made to protect and keep society safe and that can not be done with time and effort.

Politics writer and avid Beagle supporter. Believes honesty and compassion lead to the betterment of society and words change the world even if it's only one "love". Corny but with some POP, all-around a young man who just wants to help.