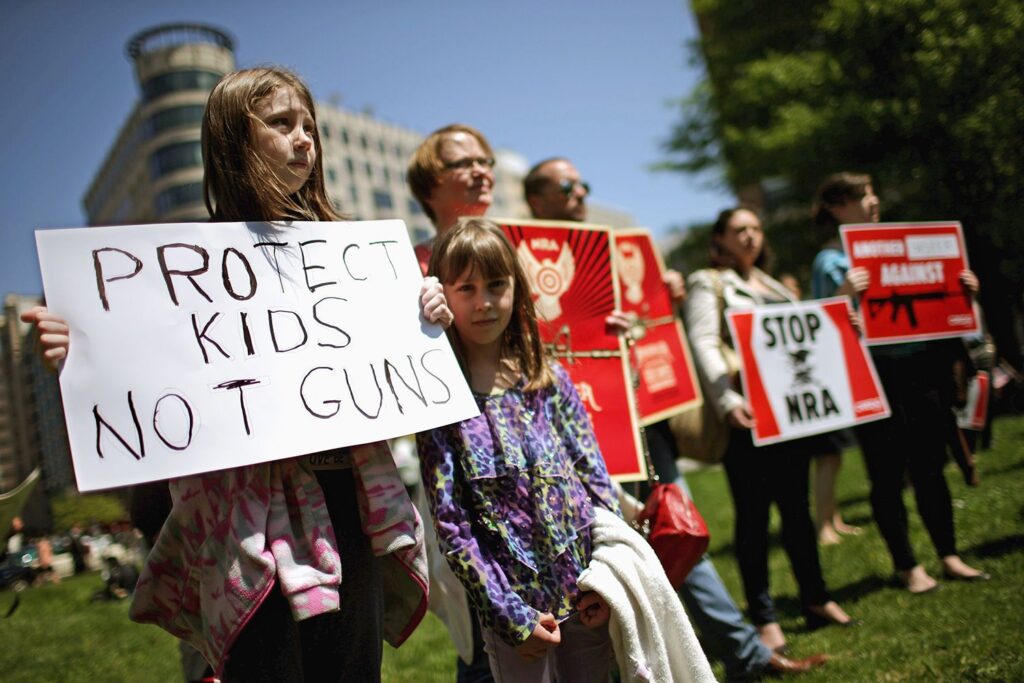 Through the years, there’s been a growing demand in the United States for stricter gun control laws. The hope is to reduce gun violence and mass shootings. This year, deadly shootings in Buffalo, NY and Uvalde, TX have further fueled this ongoing conversation. Here’s a look at the increasing trend of mass shootings in America. How does it compares to countries around the world? What can we do about it?

How American Gun Laws Differ From Other Countries

The Gun Violence Archive documents that there have been over 300 U.S. mass shootings with at least four injuries or deaths in 2022. In June, the National Criminal Justice Association (NCJA) reported that a week hasn’t gone by in 2022 without at least four of these occurrences in the country.

These statistics and others have caused many to call for tighter gun laws that make purchasing a firearm more rigorous. This includes thorough background checks, raising the age to buy guns from 18 to 21 and banning assault weapons.

Gun reform is a controversial subject in America because the Second Amendment is the foundation for owning a firearm: “A well-regulated Militia, being necessary to the security of a free State, the right of the people to keep and bear Arms, shall not be infringed.”

This clause is a stark contrast to many other countries that view owning a firearm as a privilege rather than a right. Hear citizens from countries such as Nigeria, Chile, and Switzerland speak about the gun laws where they live in the video below.

What Do These Gun Laws All Have In Common

The major commonality among gun laws in other countries is their effects on gun violence. Many believe that strict gun laws abroad contribute to those nations producing lower rates of mass shootings than the U.S.

“Mass shootings are part of the larger issue of overall gun violence, which is notably higher in the United States than in other wealthy and developed countries. Countries with similar levels of gun-related deaths tend to be still-developing countries mired in violent civil unrest, revolution or war,” according to the World Population Review.

Deputy Managing Editor of CFR.org Jonathan Masters offers a global comparison of gun policy in various countries. One country on his list is Australia. The country experienced a major shift in modern gun control following the Port Arthur massacre of 1996 that left 35 people killed.

“The National Agreement on Firearms all but prohibited automatic and semiautomatic assault rifles, mandated licensing and registration, and instituted a temporary gun buyback program that took some 650,000 assault weapons (about one-sixth of the national stock) out of public circulation,” he writes.

Masters also mentions the Monash University shooting six years later as being another turning point for the country’s gun laws.

“After another high-profile shooting, in Melbourne in 2002, Australia’s handgun laws were tightened as well,” he adds. “Many analysts said these measures were highly effective, citing declines in gun-death rates and gun-related mass killings.”

What We Should Do

The U.S. has a long way to go before mass shootings aren’t such a common occurrence. One thing we can all do is increase our awareness of the nuances of mass shootings. It doesn’t begin and end with the type of gun used to take innocent lives. The person operating the firearm is at fault and fully accountable for carrying out a heinous act.

Media coverage of mass shootings also plays a huge role in how we process these tragedies. It’s important to seek out credible journalistic sources that provide fair and accurate reporting on mass shootings. Additionally, stepping away from social media for a bit is a way to prioritize your mental health to avoid feeling overwhelmed when mass shootings occur and dominate the news cycle.

It’s going to take a collective effort to completely put an end to mass shootings being a continuous trend in America.