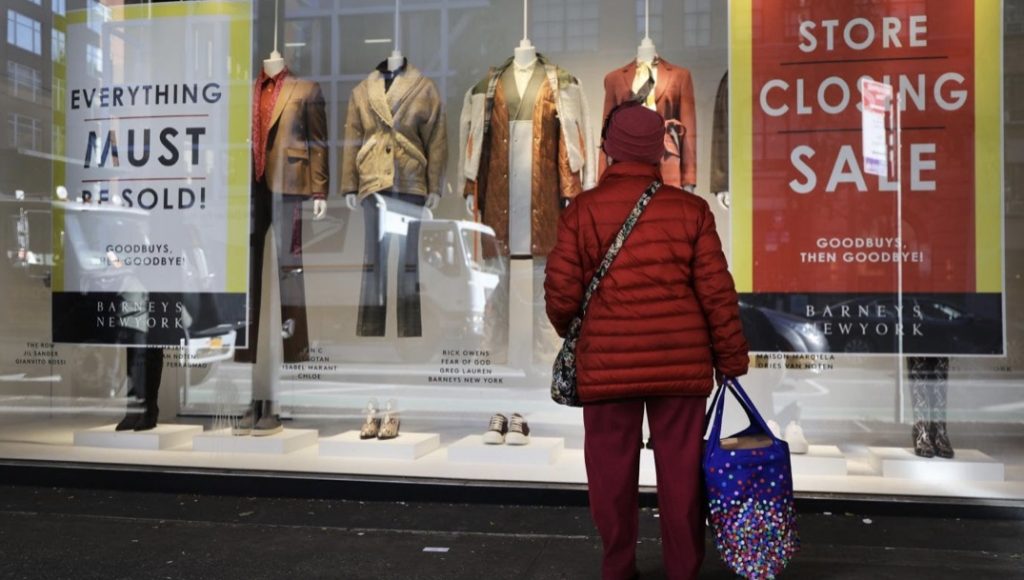 We all know that the pandemic has affected everyone, every business and every industry in some way. Out of all, the fashion industry, already struggling, was probably the most affected of any business. Some for the good and some for the worst. We have already seen pauses in production, cancellation of runway shows and brand partnerships and store closing by the hundreds. I’m sure many who patronize and work within these brands are curious just which brands are fit to survive amongst this economic fall caused by the pandemic. Let’s take a look at what the future may look like for the ever changing fashion world.

I think it’s safe to say that we are beginning to see the transition away from traditional brick and mortar. We saw many brands closing stores at exponential rates even before Covid-19, and the trend continues. Over the past three months, many were forced to order most essentials online. This has spilled over into ordering other items online as well; including clothing. Although stores have opened back up, with reduced hours and closure of fitting rooms, it has definitely diminished the customer experience. If I can’t try on in store and have an associate solicit advice or styling; why not save time and gas and continue ordering online. 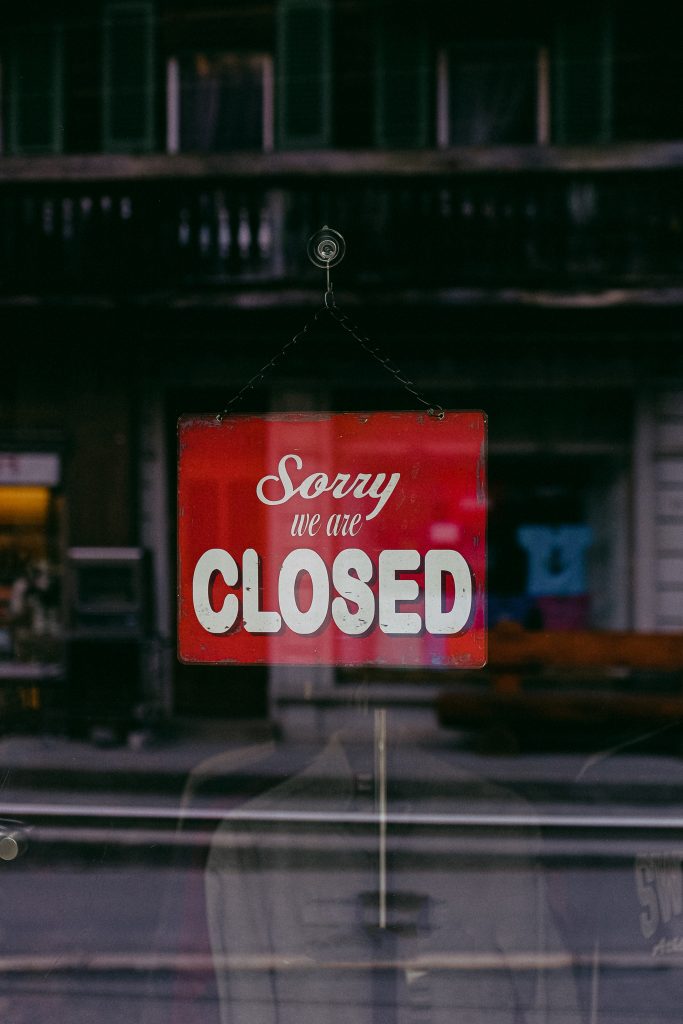 Major retailers have took a hit and resulted in filing for bankruptcy.  J.Crew, the preppy retailer struggling since the departure of creative director Jenna Lyons, filed on May 4th. A few days later,  on May 7, Neiman Marcus followed. Other retailers who filed for bankruptcy include John Varvatos, True Religion and J. Hilburn. In addition to bankruptcy, some have also closed their doors permanently, including the Modist and luxury brand Sies Marjan. See more updated closures here. 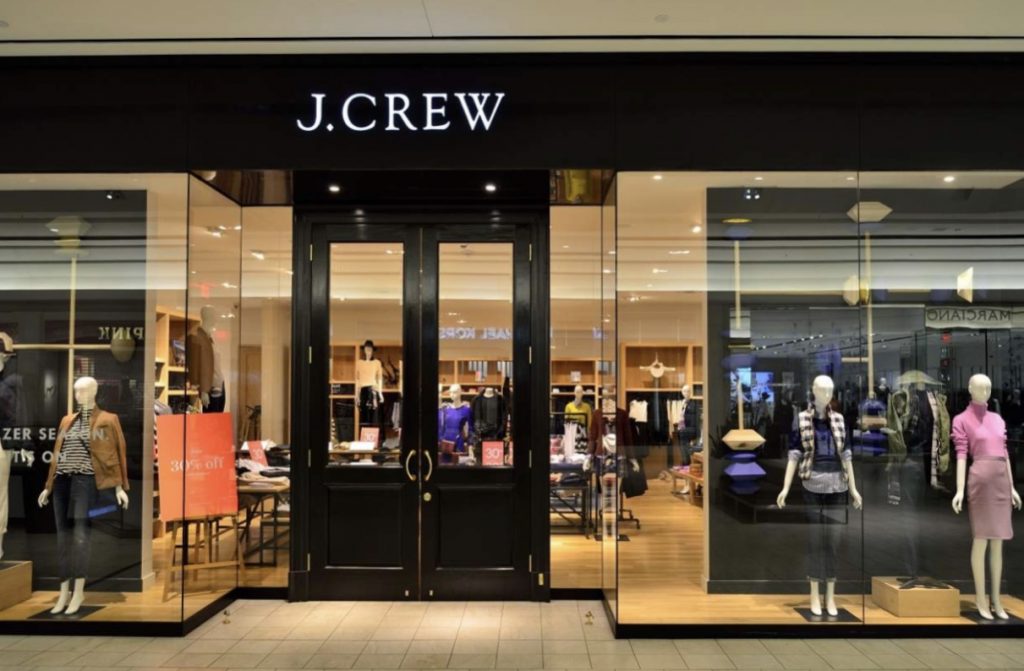 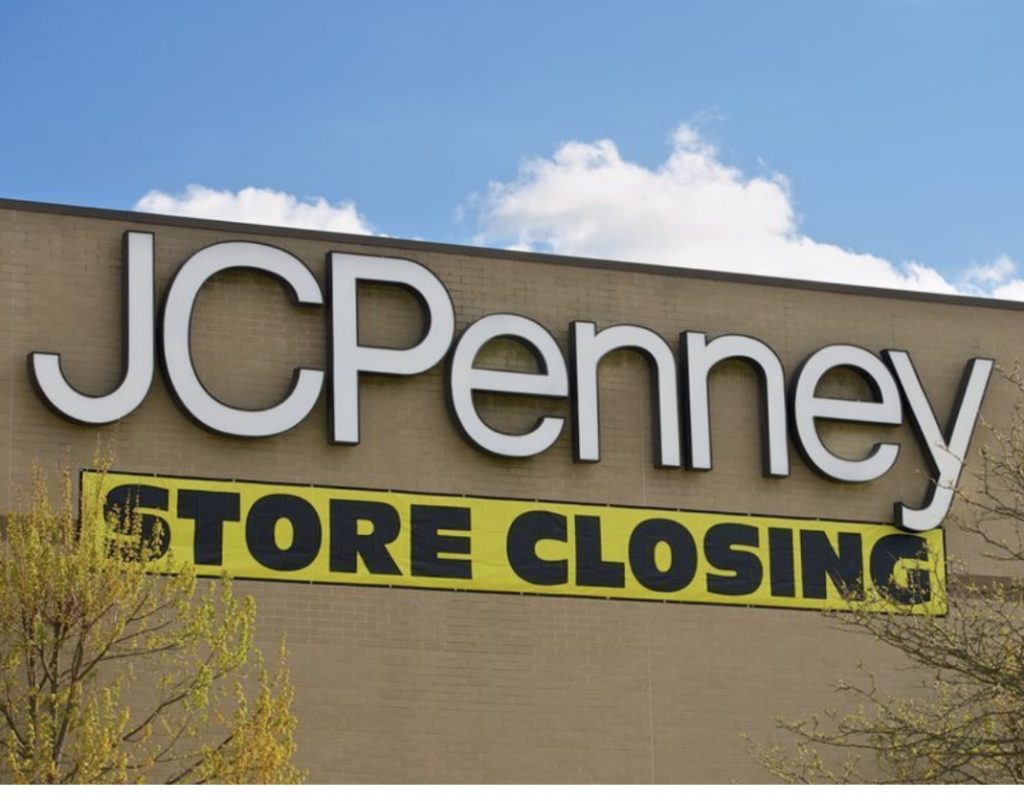 Many department stores which have not been looked at in recent years as a fashion go to, have also joined the list. JC Penny, already struggling, was one of the first. British department store Harrod’s also made the tough decision to close many of its locations. On the other hand, Big box stores who also sell fashion, have seen a rise. If one must go out to Target for essentials, why not pick up a new dress or pair of jeans all in one visit. And with designer partnerships like Target x Cushnie and Walmart with ThredUp; along with help from major fashion influencers, big box stores are being considered more fashionable. 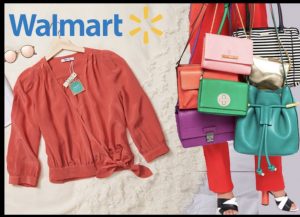 This leads to the next forseeable future.; a huge decline in luxury fashion. Because people are purchasing more essentials, income has become less disposable, meaning luxury is last on the list. Many luxury brads have resorted to discounting their product heavily in order to move inventory. Many also cancelled shows; bye bye fashion week. Among the first were Chanel, Armani and Dior. According to Elle, on February 17, Chanel also announced they would no longer stage their Métiers d’Art collection in Beijing in May. 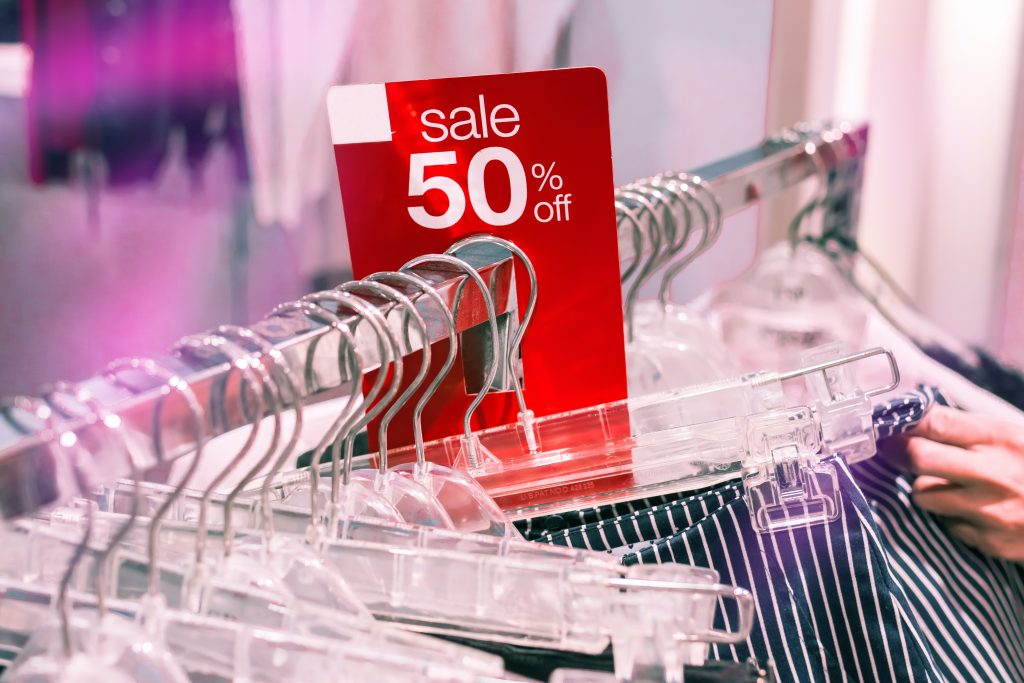 According to the Boston Consulting Group, the luxury industry should expect a decline between 450 and 600 billion dollars in sales. Luxury brands are particularly reliant on Chinese consumers, who have not only driven 70 per cent of global growth since 2012, but have been the most affected by the Covid-19 outbreak thus far. This is a major hit to luxury retailers. Luxury lovers who need their fix, may resort to buying second hand. According to the Boston Consulting group, luxury resale is expected to grow from 25 billion in 2018 to 36 billion in 2021, most coming from online platforms; another hit against brick and mortar. 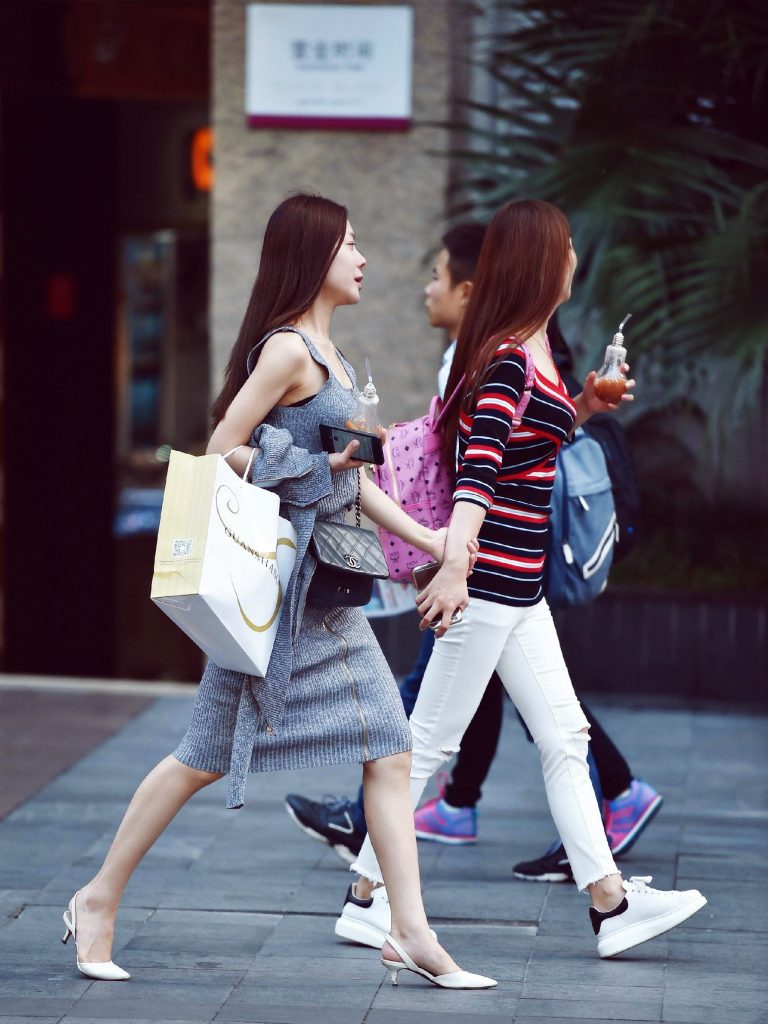 The evidence is very leading toward a shift to online retail. Brands that demonstrated a strong e-commerce plan before COVID-19 seem to not have faltered business too much. They have actually seen an increase. And online survey showed and increase by 59% of online shopping. Brands like H&M, Zalando, Hugo boss, Puma and Inditex are just a few reporting increases. Online retailers, especially those selling athletic and loungewear have seen large increases in sales. As many people are staying home, there is less emphasis on getting dressed. And with cancellations of special events, there’s no need for to shop for weddings and vacations. There’s been a shift from fancy wear to more comfy clothes for lounging. 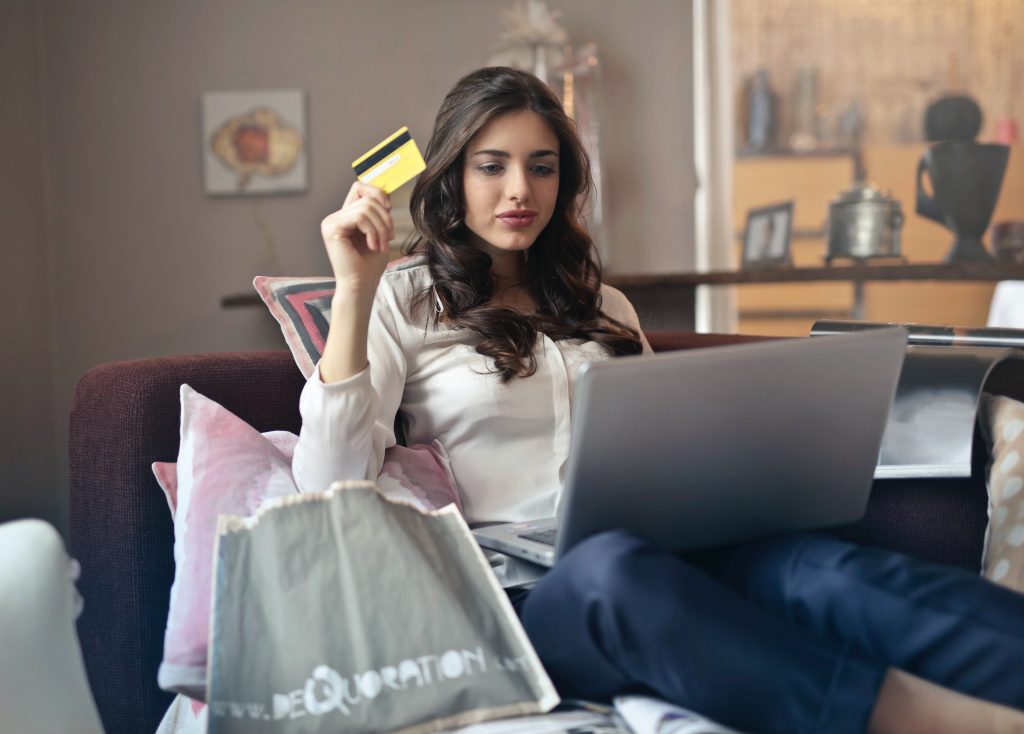 Athletic brand Richer Poorer shared that they sold three times the amount of sweats online in the three weeks following the March shelter-in-place mandate than they had in all of 2019.

So with the pandemic showing no signs of slowing down soon, the fashion industry will have to rethink how to stay afloat. One major way; consider strengthening or implementing a strong online presence; which includes a restructuring of marketing and advertising. Or take a cue from big box retailers like Walmart and look for new opportunities and partnerships to increase fashion presence. And for consumers; word to the wise; snag up your favorite designers now while they’re on deep discount. Its uncertain which of our faves will still be around.