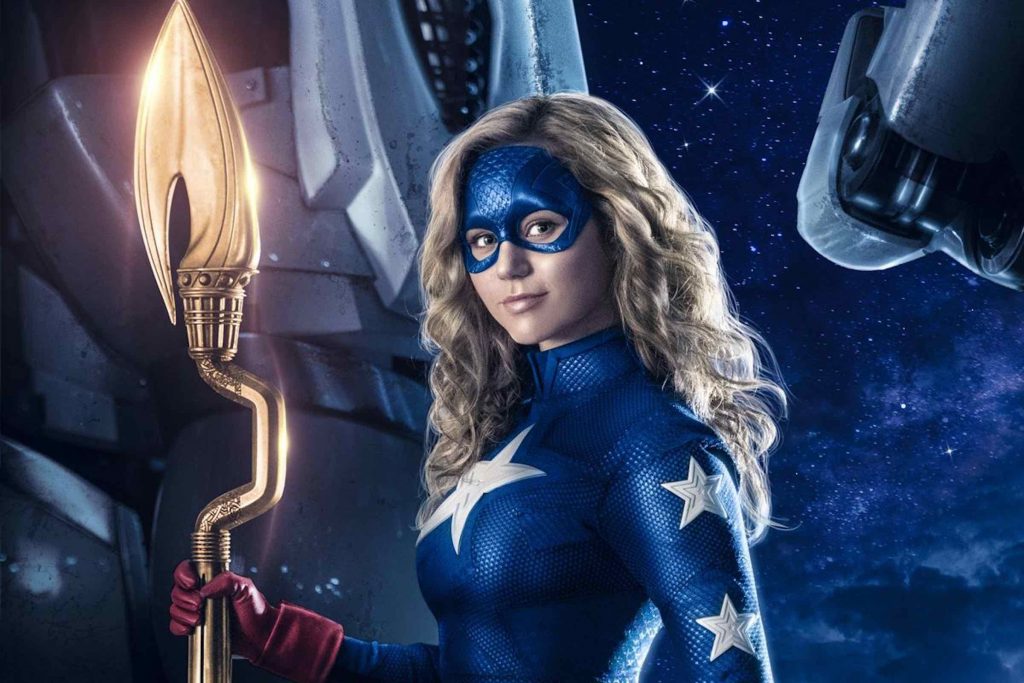 What do you get when you cross the Teen Titans and Clueless? You get Stargirl. Stargirl is the latest offering from DC Comics with season one streaming Mondays on DC Universe and Tuesdays on the CW. The series follows Courtney Whitmore (Brec Bassinger), a high school sophomore who discovers the gear of the Star Spangled Kid and becomes Blue Valley’s newest Superhero.

The first minutes of the pilot introduces you to both the Justice Society of America and the Injustice Society of America, heroes and villains made popular by DC Comics in the 1940s. From there the series jumps to the present day with Courtney moving to Blue Valley, a quiet town that on the outside seems perfect, but on the inside has something truly sinister hiding within its walls. As the series progresses Courtney, now Stargirl, is burdened with avenging the death of her “father” and has to build a new JSA with the help of her stepfather Pat Dugan played by Luke Wilson. 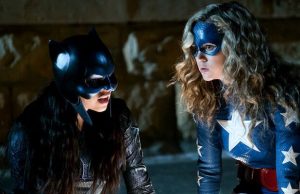 Each episode highlights the origins of each member of the JSA of old and the new recruits, as well as spending time on the villains of the series. Yvette Monreal, Anjelika Washington and Cameron Gellman round out the JSA as Wildcat, Dr. Mid-Nite and Hourman respectively. Neil Jackson, Christopher James Baker, and Meg DeLacy introduce viewers to villains such as Icicle, Brainwave and Shiv. Some of the character development is pretty obvious, however, the show does a great job of hiding heroes and villains alike in the background.

This is a series where, in my opinion, the villains are more intriguing than the heroes, but each character has their shining moments. Brec Bassinger shines as Stargirl and plays the role of a high school sophomore  who not only has to deal with growing up, but now has the added responsibility of leading the new JSA perfectly. Luke Wilson is the perfect choice to play Pat Dugan and does a great job playing  the role of the mentor/guardian to the entire JSA. Meg DeLacy also shines as the villainous Shiv who’s story is shaping up to be very intriguing. Episodes seven and eight are the two best episodes of the series at the time of this article, while episode six is a great moment for any fan of Young Justice.

When it comes down to the series, it’s a great addition to the DC Universe, and now that it’s been renewed for a second season and is moving to the CW permanently for season two, it makes it a match made in heaven. The series fits the CW universe and is definitely geared towards a younger audience, however it doesn’t neglect the older comic book fan. Each episode is an easter egg hunt for true comic fans as characters from other fan favorite series show up, not to mention the series shines a light on an age of heroes that usually go unnoticed.