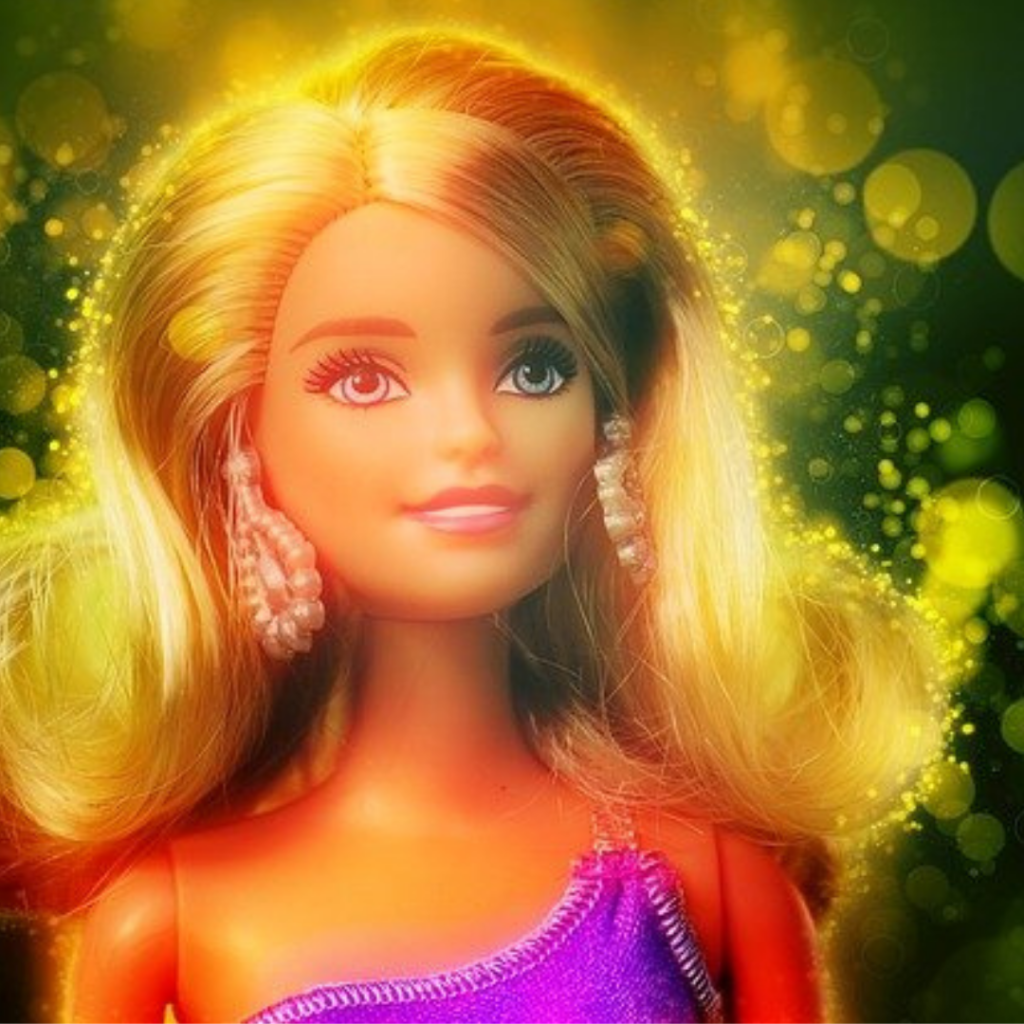 In Pretty Privilege Part 2, we are talking about the allure of white female beauty. In this article, I’m talking about white woman as a collective (an image) and not as a specific person. We are tackling the archetype of the beautiful white female and how that archetype tickles down to all types of white women including white women who are not considered beautiful or who are considered average. This article is about the dominating force of white women being on top of the beauty hierarchy and how it is easy to fall for the allure of white female beauty due to social conditioning, programming, and media influences. This article is not to cause harm or cause division, it is simply written as an opinion of DeNaye Alston and her life experiences.

Welcome to part 2 of our conversation about pretty privilege:

There was once this white girl that I was really fond of. I’m straight, but this woman grabbed my interest early on. I have never liked a woman before, but she was different. She embodied everything I thought a woman should be. Everything that I was told and saw on TV, she was it. Do you remember those teenage boys’ movies, where the main character meets his love interest for the first time? The camera zooms in on the female love interest. In slow motion she shakes out her full-length hair (think of Denise Richardson in Wild Things or in Undercover Brother as a spoofed scene).  I saw many movies like that in my childhood. It programmed me to see every white girl as that girl, no matter if they were attractive or not.

When you google image “beautiful women” a sea of white women will emerge on your screen. Very few brown and black faces will be amongst them. It is what it is. Many people will not notice these things because it is normal. White women are synonymous with beauty.  Changing beauty representation to be more inclusive requires so much work and awareness. Why? Because people love their power (white men and women)- and ultimately- people (all of us) are lazy and hate change. The work is too much.

If you point out white women’s dominance in the beauty hierarchy people will call you decisive. White women, no matter how “woke” or feminist they claim to be, don’t’ want to give up their position on top. Their image is plastered all over the world by every man on this planet. It is hard not to get caught up in the allure, even if you are aware of the lack of representation, seeing white women as the epitome of beauty is by default.

I have fallen for the allure of white beauty too:

The white woman that I fell for I thought was gorgeous instantly. She was intelligent, funny, and quirky. She had rich thick blond hair, smooth skin, and hazel eyes. She was slender and looked great in everything she wore. We became friends fast, and I admired her immensely, but… one day… I saw her and she looked unfamiliar. The glossy blonde hair that framed her so nicely had lost its shine. Her face was swollen, red like a strawberry. Her body had drastically become thinner.  Worried, I asked what was wrong, she replied, “I need to get some more Botox.”

I was stunned. She then told me that she was getting more fat from her face and body removed. She had been getting Botox since age 18. I remember looking at her incredulously. “You are perfect.” I wanted to add, but I didn’t say anything. She rambled on and on, about her future procedures. I wondered where she got this money from, but I didn’t ask.

My wonder turned to late night scrolling through her Facebook pictures.  I found what she used to look like.  Immediately I was crushed. Naturally, she looked no better than me. I have seen white women like this out and about sporting dark shades and baseball caps. It never dawned on me that they too “glowed” up.

After my initial shock, I grew angry. Angry that I admired her so much, that I liked her, and that a small part of me wanted to be her. I also was mad at myself for falling into the allure of white beauty and this case an average looking white woman stole my heart. This girl had the world at her fingertips. She so full of self-loathing, so much so, that I couldn’t help but not feel sorry for her.

After all the stuff that I knew about race, feminism, and gender I fell for what everybody else falls for. I fell for an ideal (a symbol), something that isn’t real-it is superficial, and it is borderline propaganda.

White prominent female models, actresses, and singers were everywhere, and their commercial success trickled down to every white woman in America, so much so that even the average looking white women is coveted for her “beauty” even if she is ‘basic’.

White women are beautiful, pretty, desirable, pedestalized, and coveted by every culture and in every country. There is no denying this. I don’t care what you say. Many men of color prefer (fancied) white women and look for a partner that is her or who resembles her. It is so normal that you can find Indian, Asian, and Black film featuring white women as a main character and the only romantic love interest, especially in the 1980s-2000s.  There are YouTube channels right now, that showcase white femininity as superior. Both male and female content creators of color are guilty of pedestalizing white femininity. It’s okay, we have been taught to idolize whiteness.

She was once the only woman that graced the cover of magazines (lifestyle and fashion) and was the prominent love interest in Rom Coms, Fantasizes, Dramas, and Thrillers. Becky had it all. Think of Megan Ryan, Kate Hudson and Emma Stone. Also think of the “nerdy” white women who took off her glasses and instantly came the object of desire. Remember cult-classics like The Princess Diaries and She is All That? (They both had main white female characters who were “nerds”, but once they took off their glasses, they were next up for prom queen.)

She was the epitome of beauty from Miss America all the way to Maxim Hot 100 (up until recently) and Playmates of Playboy. We still hear news of the first (insert ethnicity) to cover Vogue or Sports Illustrator. If you have the same lips as Heidi Klum, you are the next Heidi Klume.

It is ridiculous there are plenty of women of color that are just as attractive, but the problem is that they haven’t gotten their opportunity (pop culture permission) nor have they been granted the right to be worthy. I remember one time; I asked a man (black guy) to take me to a proper a date. He responded, “What are you a white woman?”  White women have always gotten preferable treatment in the romantic and beauty sector. White women simply know their worth because society enforces it.

White prominent female models, actresses, and singers were everywhere, and their commercial success trickled down to every white woman in America, so much so that even the average looking white women is coveted for her “beauty” even if she is ‘basic’. Cue in the Girl Next Door aesthetic.

I didn’t realize that average white woman was chasing the “Girl Next Door” and other white “female aesthetic” until I was a junior in College. I had a few white friends and knew many white friends who had blonde hair but every so often that blonde hair would be dull and lifeless. Just like black women back then (and some today) straighten their hair or wear certain hair to be more desirable, white women dye their hair blonde to keep up with the original blueprint, think of Marylin Monroe, not even she was a blonde. Only 2 percent of the world’s population is actually blonde, but blonde is the one of the most popular hair dyes amongst women. Remember blondes have more fun or when “white guys” on TV would say I prefer blondes? Cue in the male patriarchy!

Well, what about white women who get lip fillers and bbls. Aren’t they trying to look like black women? That question comes often when I bring up the chase of aesthetics. I don’t think white women are trying to look black, I think white women are trying to look like biracial women to appeal to a wider audience (i.e. black male celebrities and athletes). We don’t see white women widening their nose or trading in their golden locks for kinky afro textured hair.  We chase looks that are trendy and right now most of black women’s features are trendy. Remember when everyone and their mama was getting boob jobs to look like Pamela Anderson? Believe it or not the slim-thick look and big booty body wasn’t popular in society.

White women have been the standard of beauty for so long that we think every white woman is feminine and pretty (all the “women” are white). I can’t tell you how many times I hear people of color gushing over a white woman’s beauty as if they aren’t beautiful themselves! It screams how much conditioning has affected everyone on this planted.

We associate white women having the prize feminine qualities. And what is worse is no one does that for women of color, except with over sexualization. It seems like for black women to be put on the same standard we have to be overtly sexual.

Pretty is privilege is power

Women of color especially black women have to be exceptionally beautiful, overly sexual, or biracial to be seen and to be heard with our inside voices. We have to work twice as hard to be put on the same scale (by hard, I don’t mean smart). While so many black women are single and running to Kevin Samuels for him to list all the reasons why, white women are still getting married even if they are “average as best”. White women’s beauty security is protected by society even if it is weaning a little and trust me it is.

White women are still deemed desirable and marriage material. Even Incels rage how they don’t have easy access to white women! White women are rewarded contracts, opportunities, jobs, etc ( without being above the standard).

This shows us that pretty privilege is rooted heavily in whiteness and in particularly white femaleness. And even if white men stop putting white women on a pedestal, she isn’t giving her position up. Remember people don’t like losing their power and no woman on earth wants to lose her pretty privilege no matter how she obtained it.