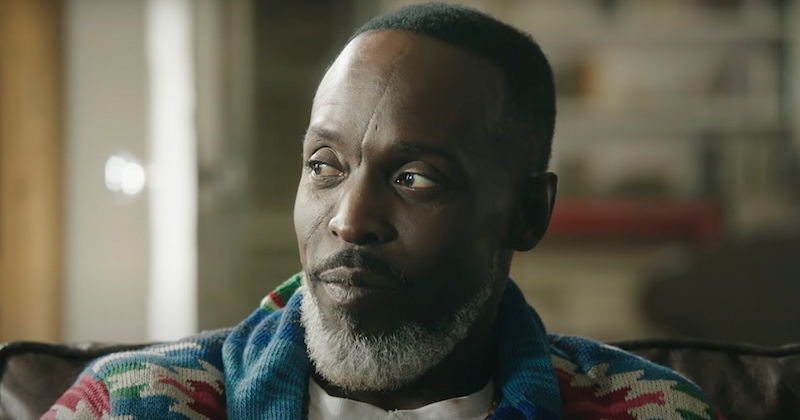 Michael K. Williams’s passing on September 6 put a huge spotlight on the late actor’s battle with addiction. There are many occasions where he spoke candidly about his journey to sobriety and recovery. For this reason and many others, we should think of his life as being more than a substance abuse example.

The 54-year-old was best known for portraying Omar Little, who was a part of the drug dealing world, on the HBO hit series The Wire. The critically acclaimed show lasted five seasons from 2002 to 2008. After the show’s ending, Williams found himself going through an identity crisis where his addiction-filled reality mirrored Omar’s life to the point where he couldn’t separate the two. “I was using Omar as a means of escape. Now I don’t use my job as a way to define me: it’s what I do, not who I am. I have that understanding now,” he shared with The Guardian in 2015.

He went on to star in roles for shows such as Community, Law & Order: Special Victims Unit, and Lovecraft Country. His film career included The Incredible Hulk, 12 Years a Slave, and The Purge: Anarchy. With a television and film career spanning 26 years, he rightfully earned the title as an accomplished actor.

In February 2021, he spoke with Tamron Hall about his newest film Body Brokers. The movie is centered around a rehab center which is exposed for being a multi-billion dollar fraud scheme that encourages addicts to recruit other addicts to the center. He noted this role helped him reflect on his own addiction battle and his character in the film named Wood.

“With Wood we see a perfect example of a lot of people often thinking that when a person puts down the drug or the alcohol that all the problems go away. That couldn’t be further from the truth,” he said. “Drugs and alcohol are not the problem, they’re merely symptoms of the problem. Once those things go away, the real work begins.”

Watch Williams’s full interview on the Tamron Hall Show in the clip below to hear more about his recovery journey.

Williams’s willingness to bring life into the characters be portrayed and being open and honest with important topics like this shows his legacy is more than his battle with addiction. It’s worth celebrating what he’s given us through his acting, dancing and interviews over the years. Most importantly, we wish continued healing and peace to the family, friends, loved ones and colleagues of Michael K. Williams.

If you or someone you know is experiencing drug addiction, call the Substance Abuse and Mental Health Services Administration’s (SAMHSA) national hotline at 1-800-662-HELP (4357), which is available 24/7, 365 days a year. Also, visit SAMHSA’s website (samhsa.gov) for more information and resources for treatment and recovery.