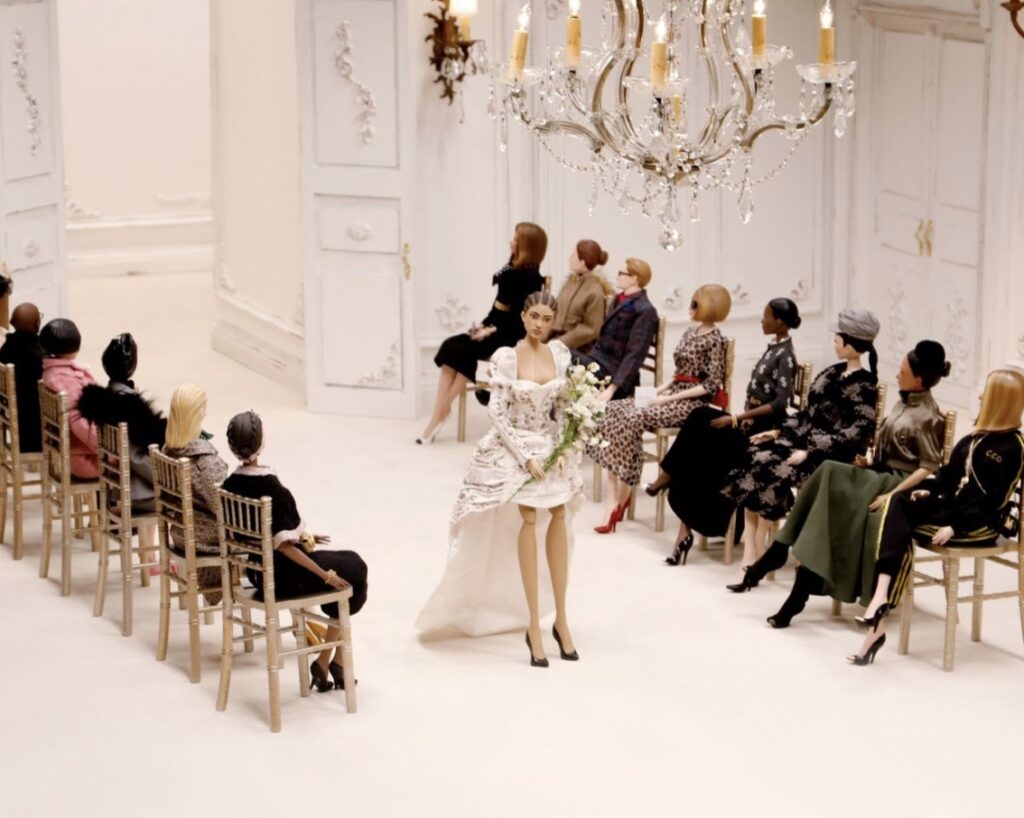 It’s no secret that the fashion world has had to pivot from the usual way of business due to the ongoing pandemic. And fashion week was not exempt, as fashion designers had to put on their creative thinking caps in order to present beautiful collections. The innovation started back in May with black owned fashion designer Hanifa being the first to do a 3D virtual fashion show to debut her new collection. And now creative director Jeremy Scott has continued toe innovation with an exquisite puppet show for the Moschino Spring-Summer 2021 collection. He shows us dolls aren’t just for kids and puppeteers anymore as he paraded 40 tiny marionette models down the runway for Milan fashion week. 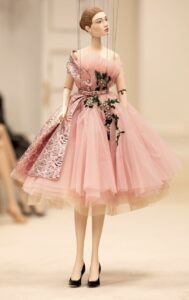 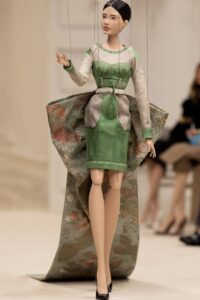 Social distancing at its best, Scott avoided the crowded backstage drama of models and glam teams, filled chairs of fashion A-listers and press and opted for a creative puppet show instead. In the show titled “No Strings Attached”, pun most likely intended, you experience human models being replaced with shrunken dolls. From a distance it may appear as a normal fashion show, but take a closer look to see the models being guided by strings down the runway. Scott’s creative presentation is also a short film, which also allows more accessibility to fashion fans everywhere.

“I think in the end this format of me having created this film rather than a live show is also way more inclusive with many more people being able to experience what only a few people usually get to experience live,” Scott added.

Scott told Vogue UK, “I was the first designer to ever dress Miss Piggy!” So there’s no surprise Scott teamed up with Jim Henson’s Creature Shop; the company behind the famous Muppets. They created each of the 30 inch fashionable figurines by hand. Not only did the hand crafted models have to be scaled down, but every detail down to the zippers and buttons on the haute couture inspired outfits. 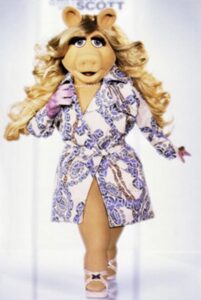 Scaled down took on its literal meaning in his chandelier miniature show. However, one little detail that definitely exhibited a huge impact was the craftsmanship. Having to create 40 replicas of his collection for the dolls was no easy feat, but he mastered every detail. The same attention was given to the garments just as if it were for Naomi Campbell herself. Moschino’s atelier in Milan, Italy crafted all of the miniature outfits by hand. The garments are full of luxe fabrics, couture detailing, exquisite corsetry boning and beading; just the same as his life sized garments.

“It was, for sure, a labour of love,” he says. “It’s much easier to do a show with live models and put clothes on them in a traditional size, turn the music on – and go. I directed the film, it was my concept, so to make it all happen in this timely fashion has been one of the most amazing and challenging creative endeavours that I’ve ever gone on.” 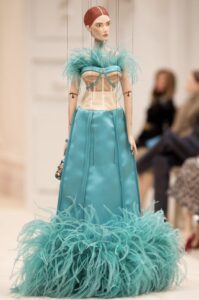 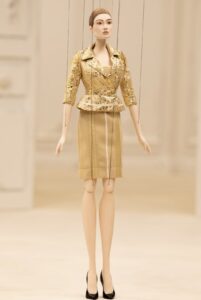 Scott was inspired by a touring group of mannequins that showcased French Couture after World War II. He told Vogue how designers in Paris created miniature couture pieces to help reboot and celebrate France’s fashion industry after the war. This was Scotts homage to Theatre de la Mode, a traveling exhibition of couture designed around 60 Parisian designers. 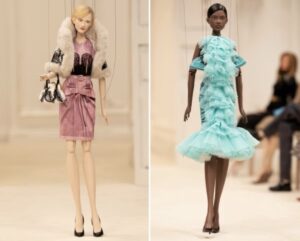 And what would a show be without its’ front row viewers. As the shrunken models strutted through the gold accented room on strings as violins played, the usual front row audience was present for the show. Miniature versions of all the fashion elite including Anna Dello Russo and Nina Garcia amongst other industry leaders, were created to round out the idea. When you watch the show you even spot Vogue editors Hamish Bowles and Anna Wintour whispering commentary to each other as the puppets walk. No detail in regards to the clothing or ambiance was left untouched. 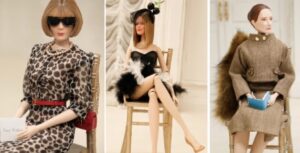 There’s a first for everything, and Scott has definitely given designers something to envy. His first miniature interpretation of his collection still embodied the same luxe, yet playful and whimsy vibe that many have come to know and love from the fashion house. “We need to be uplifted and transported, now more than ever”, claims Scott and he did just that. Scott captivated innovation in a new light and transported his audience to a much needed escape. A resemblance to childlike innocence wrapped in sophistication and class. I’m sure he’s got many of us fashionistas digging out our dolls ready to play dress up again!

“The best thing I could I could do for everyone who is stressed out about the election, the pandemic, social unrest, and the future was to give the gift of fantasy and take us away from all of it for a few minutes.”