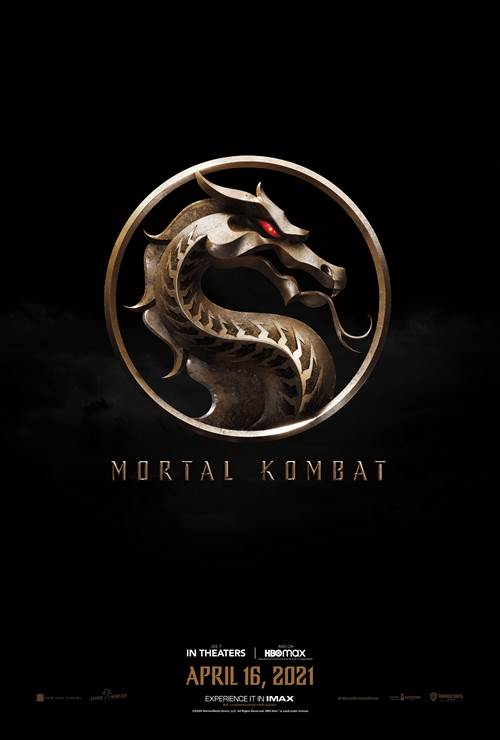 Get over here! Watch the trailer for Mortal Kombat now — in theaters and streaming exclusively on HBO Max April 16. #MortalKombatMovie pic.twitter.com/eFhQhbdNUl

There’s a moment in the first trailer for Warner Bros.Mortal Kombat where I was smiling from cheek to cheek. I was breathless and seeing characters that we’ve been playing with in this franchise since the 90s really made this the most anticipated movie for me in 2021. Warner Bros  may have found its first hugely successful HBO Max/Theater release in Simon McQuoid’s Mortal Kombat. We are going to get a whole bunch of fan service and the bloodiest of deaths. I know it’s just a trailer but believe me you should just as excited if you’re an MK fan like me.

Mortal Kombat’s synopsis states this movie will be following the story of a washed-up mixed martial arts fighter named Cole Young (Lewis Tan) who is being hunted down by Sub-Zero of the Lin-Kuei clan of assassins. He will seek out a clique of fighters that were chosen to defend Earthrealm in a high-stakes battle against the forces of Outworld at the Mortal Kombat tournament. This movie should also excite people with one of the producer’s being  James Wan who directed another Warner Bros. project in 2018’s Aquaman.

Wonder Woman 1984, Judas and the Black Messiah, and The Little Things were the first couple movies that started the beginning of this new trend, but the only film to be universally loved by movie goers and critics was Judas and the Black Messiah. While Mortal Kombat is inspired by a mixture of video game storylines , it’s not a direct adaptation of any one in particular.

All of those characters will undoubtedly be familiar to Mortal Kombat fans since they’ve been part of the franchise since the earliest iterations of the video game on SEGA Genesis and Super Nintendo. They’ve changed appearances over the years, but the movie appears to be staying true to many of the trademark wardrobe and weapon choices that have been around for nearly 30 years now. Mortal Kombat is set to be released on April 16, 2021 on HBO Max as well as theaters. This is one of the most highly anticipated Warner Bros releases coming out this year and the promotion just keeps getting more excitement each day.