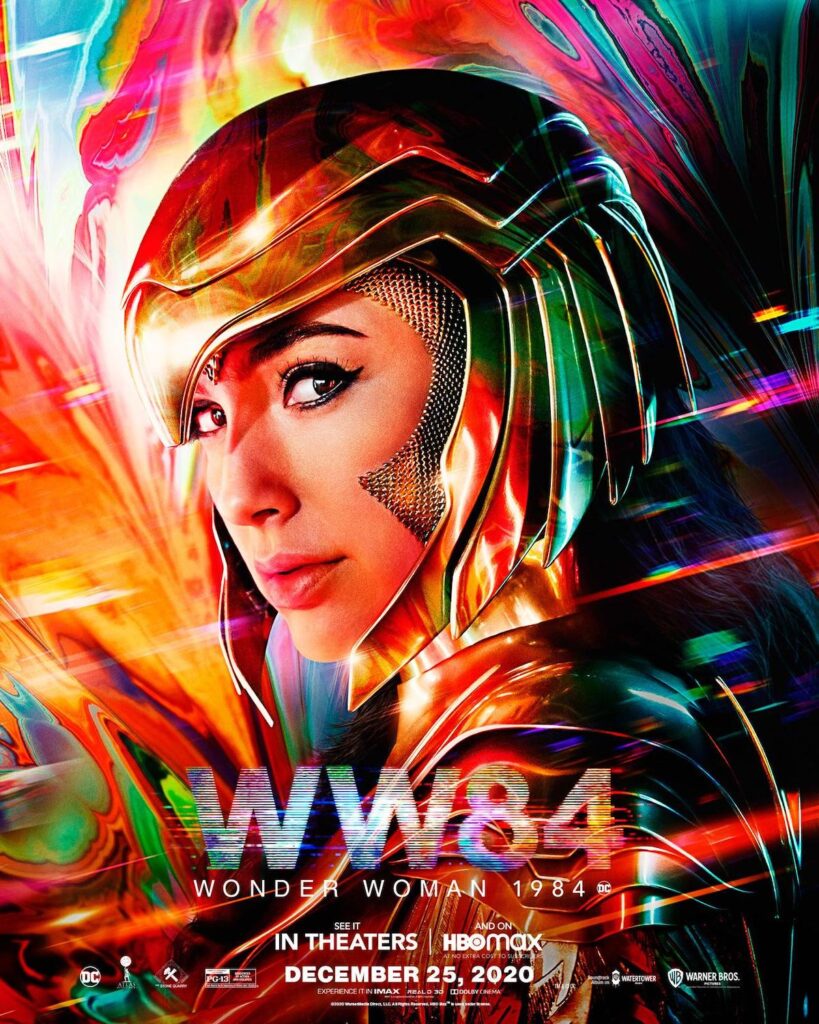 The anticipation for WW1984 began after the official trailer released in August. It was the movie we were all waiting for—that would give us hope and inspiration during the pandemic. Sadly, WW1984 doesn’t meet fans’ and moviegoers’ expectations. It fell flat. The goofy 1980s overtones and theme made the first half of the movie difficult to watch after the incredible opening scene of young Diana (Lily Aspell) competing in an athletic race amongst older Amazons in Themyscira.

Although young Diana ‘wins’ the competition, she is disqualified by her mother Queen Hippolyta for shortcutting the competition due to unfortunately falling off her horse. Both Hippolyta and Antiope are a powerful force in Diana’s life as they give her the foundations of what it means to be an Amazon, and in this movie the foundation is truth.

WW1984 attempts to keep the Amazonian spirit flowing throughout the movie, but I found the spirit of femininity and true womanhood fading. Full womanhood is a continuos journey, it isn’t always love and light, sometimes there is struggle and defeat. Full embodied womanhood is missing in this film. I understand that beauty is an essential part of femininity, but it is not the only feature that should be highlighted. In some scenes, Diana gets hurt by bullets and body blows but those wounds are surface-level deep. Her face stays completely clean and she has no major injuries.

It is like Diana always has to be beautiful. Femininity is not always rooted in beauty. There are many different layers of femininity besides light and love. True femininity is fully embodied in womanhood, the good and bad. I understand that Wonder Woman sticks to its original feminist utopia roots, but the world didn’t need traditional Wonder Woman at this time. We needed to see Diana’s evolution.

The Villain vs The Hero

On one hand, we see Diana represent light femininity while Barbara Minevera (Kristen Wiig) represents the dark feminine. I have to give my hat off to Kristen’s Wiig’s performance as Cheetah. I couldn’t help but marvel at the character development of Wonder Woman’s arch-nemesis. Wiig’s Character felt real and very much alive. In the final fight scene between Minerva and Diana, our expectation for an epic battle fizzled. There was so much potential for this scene; a missed opportunity indeed.

Part of the reason why Cheetah and Diana’s timeline and the epic battle could not develop properly is due to the second (and main) villain of the film, Maxwell Lord (Pedro Pascal). Lord is a shady businessman who makes promises he can’t keep. His lust for power turns dark (sickening him), after discovering a precious stone that can grant your deepest desire. The desire to be powerful and to have what you want sounds good in theory, but it sends the world into conflicting chaos. Although wishes are granted at a drop of a hat it comes at a price. This introduces a second theme into the movie, a theme that also rattles Diana’s personal life and her strength.

The stone grants Diana’s ultimate wish. To be with Steve Trevor (Chris Pine) again, Diana’s past lover and friend. Fans understood Trevor’s and Diana’s bond in the first film and the rehashing of their relationship in the second was confusing and drawn out. Ultimately, Trevor’s return makes Diana weaker. In multiple scenes you can see her superhuman strength weaning. Even when Diana renounces her wish, it seemed she was still too weak to defeat her enemies. Wonder Woman is supposed to choose truth and morality over brute strength and war to save the world, but this didn’t seem like a choice; it felt as if she was forced to fight with ‘truth’ due to her incapabilities and lack of power.

In conclusion, the power fantasy film gave more power to its villains than to Wonder Woman herself. Diana’s hero journey in this film was missing and the grit that ties us to her story left audiences feeling uninspired. There were many complex themes in the movie that dangled in the air, long after the movie ended. The film desperately tried to tie all these elements/themes together but stumbled along the way.  Instead of WW1984 being a power fantasy it felt like a philosophy movie about human goodness and morality executed poorly.

Although there were many pitfalls in this film, I still think this film was worth watching. Besides the character and the plot of the film, there was something else that stood out to me. The color gold and golden light. The color gold is a divine color, most people associate the color gold with riches and royalty and that is partly true. Gold is a rich color that is a color of the great divine. In the battle scene with Cheetah, Wonder Woman’s outfit is a golden armored suit. In Reiki and other ancient healing techniques, and Christianity,  the color gold is quite powerful and it is considered Christed Light; the light of truth and loving energy.

Both Wonder Woman as an immortal (god) and Maxwell as a mortal (human) experience the powerful energy of the golden light which turns Maxwell pure and makes Maxwell confess to his son his wrongdoings and allows Wonder Woman to step into her divine power. The golden light and the golden ‘truth’ restore order to the world and by the end of the film, the last scene is Christmas, and Wonder Woman, Diana, can let go and move forward.

If I had the stone