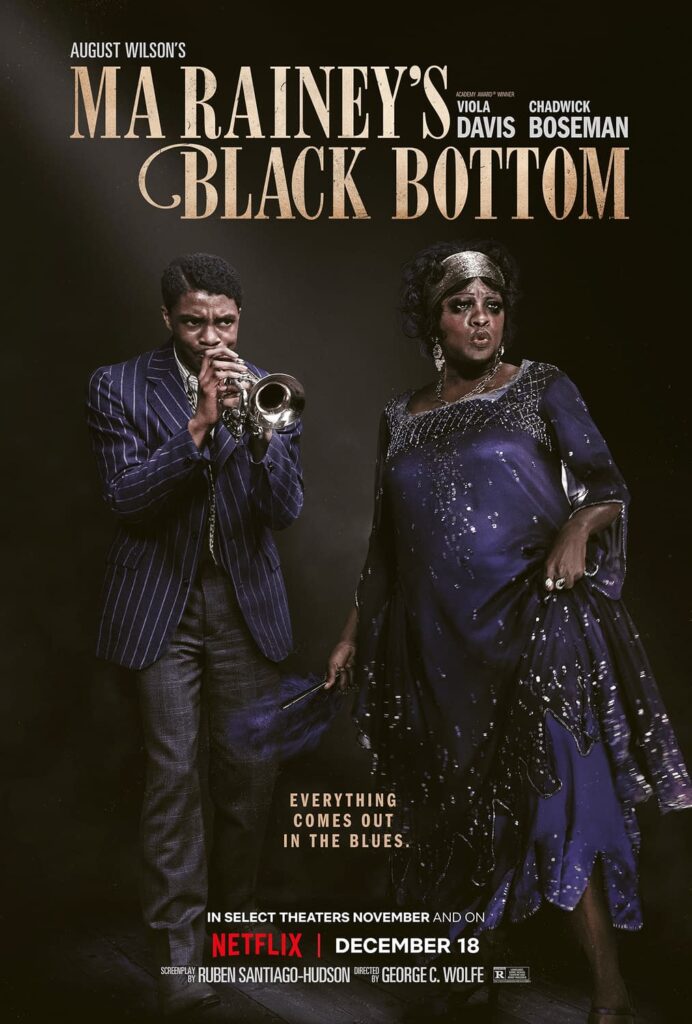 Like its predecessor Fences, Ma Rainey’s Black Bottom is a study in the complexity of being Black in White America and the toll oppression and unrealized dreams can take on the soul. August Wilson’s multidimensional depiction of tortured characters and the ripple effect of deep seeded pain, profoundly resonates on stage and film.

Chadwick Boseman’s brilliant swan song performance as the young and brash trumpet player Levee, is heartbreaking for all the right reasons. While Ma Rainey is the headliner, Chadwick Boseman is obviously the star, delivering his monologues with a virtuosity that makes watching what should be a top contender for a Best Actor Oscar nomination bittersweet.

The supporting cast delivered stellar performances as well. Glynn Turman, as the sage piano player Toledo, shows why his career has flourished for five decades. Colman Domingo and Michael Potts round out the band members as, Cutler and Slow Drag.

Ma Rainey’s Black Bottom is worth watching more than once. I’m predicting a Best Picture Oscar nod…yeah, I said it!