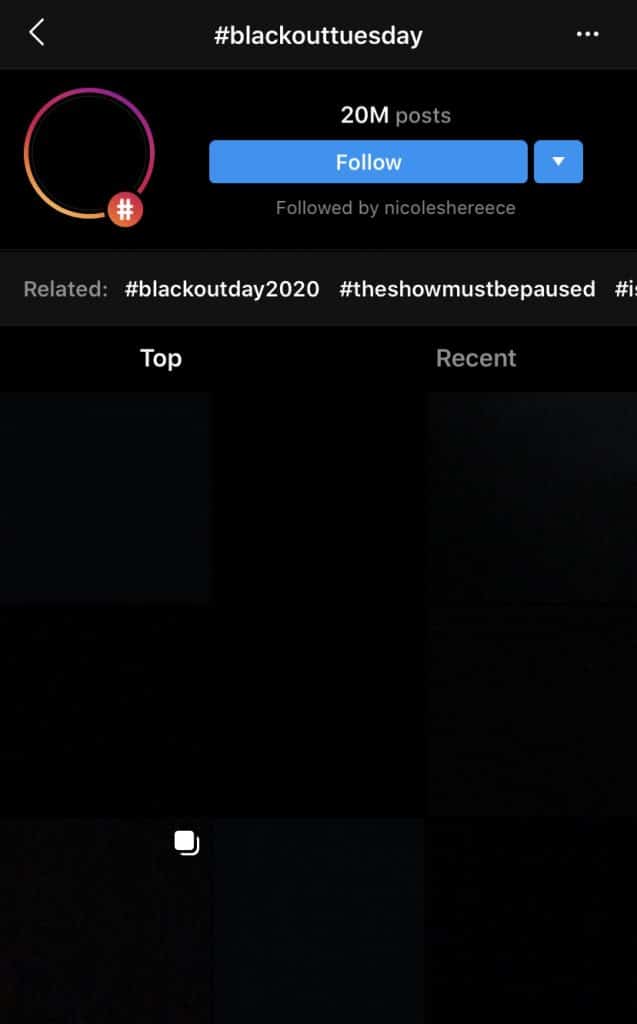 If you woke up to all your followers on social media posting black slates, here is a breakdown of why.

The hashtag #BlackoutTuesday is being shared with images of just a black slate to intentionally disrupt the workweek. The hashtag was inspired by the #TheShowMustBePaused tag that was created by two Black female music executives, Jamila Thomas and Brianna Agyemang, in response to the murders of George Floyd, Breonna Taylor and Ahmaud Arbery.

The intent was to observe the long-standing racism and inequality in the music business, and target musicians, producers and music executives to take a pause from sharing their art to reflect on the current climate and garner support for the Black community.

“Monday suggests a long weekend, and we can’t wait until Friday for change. It is a day to take a beat for an honest, reflective and productive conversation about what actions we need to collectively take to support the Black community,” wrote Thomas and Agyemang on their website.

They explained that the music industry has long profited from Black art and that it is time to hold the industry accountable to protect and empower the Black community.

The initiative has spread throughout the music industry.  The hashtag has been shared by legendary producer Quincy Jones and the Rolling Stones to name a few. Live entertainment company Live Nation promised to “pull the plug” on operations and shut down their offices for the day. Some artists have also canceled listening parties and events.

Big companies are also joining the industry-wide blackout to show their solidarity. 9to5Mac has reported that Apple Music canceled its Beats 1 radio schedule and is instead showing all iOS and macOS users to a single Apple Music radio station playing only Black music.

On Tuesday, June 2nd, Apple Music will observe Black Out Tuesday. We will use this day to reflect and plan actions to support Black artists, Black creators, and Black communities. #TheShowMustBePaused #BlackLivesMatter pic.twitter.com/xkvn31DpYc

Spotify has also pledged to add black logos to all their playlists and podcasts, pause their social media “as a symbol of solidarity that reminds us that things cannot remain status quo,” and select playlists and podcasts that will include an 8-minute and 46-second track of silence to acknowledge the length of time that George Floyd was suffocated.

Many other companies like Amazon, Nike, and Reebok have joined the day of observance – demonstrating that the movement goes beyond the music industry. Thomas and Agyemang emphasized on their website that this movement is “not just a 24-hour initiative” and that they will be implementing a plan of action for further widespread change.

Remember when you post your own slate on your social media timeline to  refrain from using the hashtag #BlackLivesMatter. That hashtag has been instrumental in the sharing of resources that assist the families of victims, protesters and numerous other initiatives in the Black community. When you click the hashtag the page will display all black slates instead of the resources people depend on, so please use other hashtags like #BlackoutTuesday and #theshowmustbepaused.

Visit theshowmustbepaused.com for the full message and resources on what you can do on this day and every day to keep the movement going and bring justice to Black people everywhere that have been impacted by racism in this country.