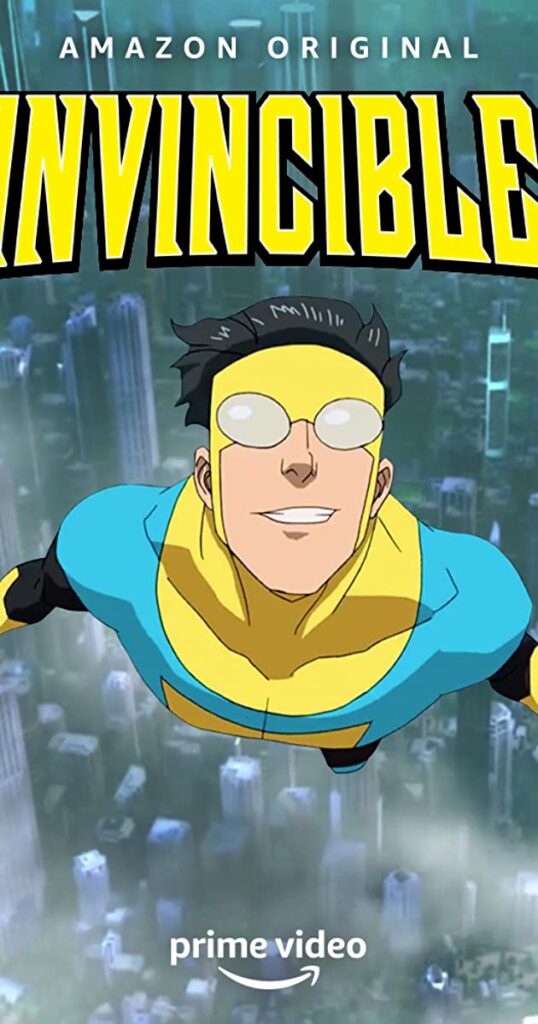 Amazon prime’s new animated series Invincible trailer hit the web recently. This series was adapted from the Image Comics series with the same name that was created by writer Robert Kirkman and artist Cory Walker. The follows young Mark Grayson, who’s 17, and is just like every other normal guy his age except that his father is the most powerful superhero on the planet called Omni-Man. Mark soon develops powers of his own.

First impressions were this trailer just like the Mortal Kombat trailer it blew me away. The animation looks top notch and the R-rated gore of the show shocked me. Amazon prime put their name in the superhero content hat again succeeding shows such as The Tick and The Boys. Amazon is used to doing pretty good adaptations thus far and just like The Boys showed us previously. This show isn’t going to hold back like the series it is adapting which is a win for fans. I also think that it reminds me of a mixture of Young Justice and Spiderman Animated series with this high school aspect we will be getting which is pretty exciting. There seemed to be a cliffhanger that left us wanting more at the end of the trailer that was amazing.

The voice cast is going to have an abundance of voice actors and regular actors which is going to be awesome. The list includes Steven Yuen, Seth Rogan, J.K. Simmons, Michael Dorn, Mark Hamill, Walton Goggins, Sandra Oh, Zazie Beetz and so much more!! This show is set to release in Season one of Invincible will launch on Friday, March 26 exclusively on Prime Video. The first three episodes of season one will launch on Friday, March 26 with new episodes available each Friday. Thank you, Amazon !!!