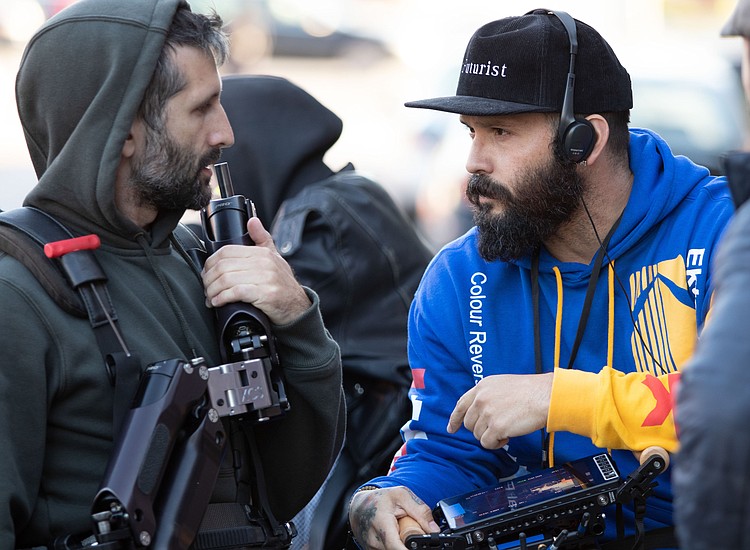 An exclusive that was broken by The Wrap that stated that a Blue Beetle film was in the works for DC and that they have found their director. “Charm City Kings” director Angel Manuel Soto is set to direct “Blue Beetle,” DC Films and Warner Bros.’ first superhero movie starring Jaime Reyes who is latino in the comics and a crisis version of the original 1939 Ted kord blue beetle. 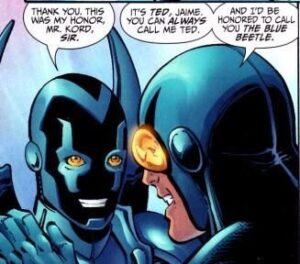 DC recently did announce the Supergirl casting for their Flashpoint film starring Sasha Calle who is a latina actress as well. Blue beetle has had plenty of appearances in the animated side of DC in a lot of the tv shows and in the animated universe he makes an appearance as a teen titans member.

In Infinite Crisis #5 (March 2006) is where Jaime Reyes first made his appearance as the Blue Beetle. His own monthly series debuted two months later with Blue Beetle (vol. 8) #1 (May 2006). written by Keith Giffen and John Rogers,with artist Cully Hamner. Giffen left before issue #10 and Rogers took over full writing duties, joined by new artist Rafael Albuquerque.  Jaime Reyes lives in El Paso, Texas with his father, mother and little sister Jaime offers to help his father at the garage, but his father feels Jaime should study and enjoy his childhood for as long as he can. There is also another iteration where the original Blue Beetle Ted Kord who he’s working with to study the beetle attached to Jaime’s back and remove it. This was a cool call back to the original origin. 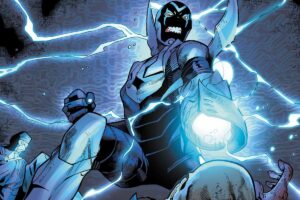 This is an interesting character to bring to the DCEU and this won’t excite as many people knowing the characters that still need to be developed in this universe. I do want the DCEU to bring new characters to the universe and blue beetle wasn’t on that list but I’m up for it. I’m hoping they come up with a cool story line. The movie has no release date thus far but we can expect the cast will start rolling in the next couple months. So shout out to Angel Manuel Soto and hopefully this is good!!