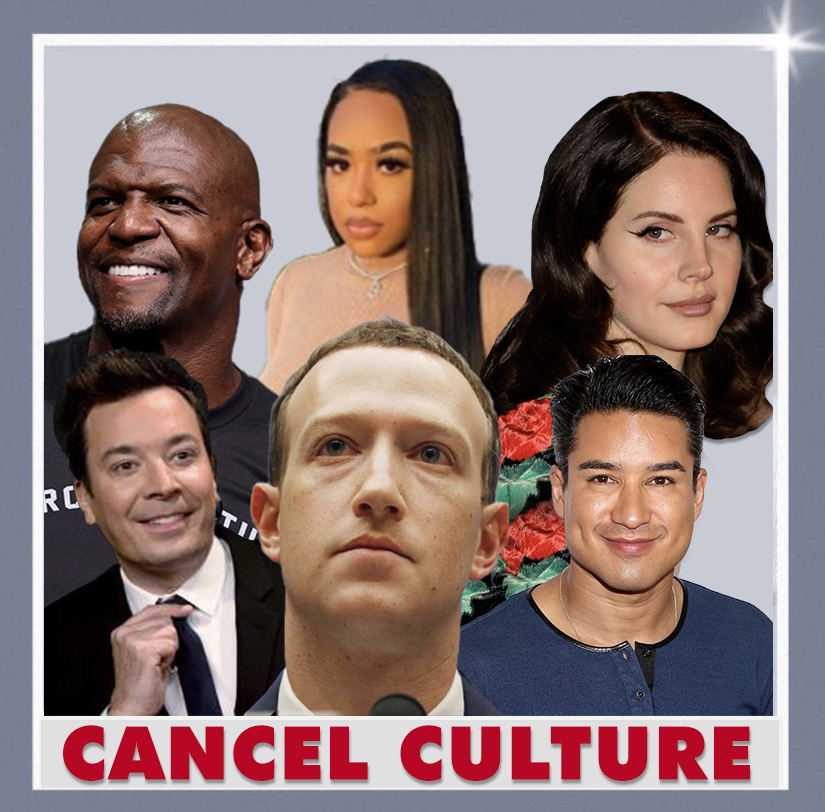 According to Dictionary.com, cancel culture is defined as:

“the popular practice of withdrawing support for (canceling) public figures and companies after they have done or said something considered objectionable or offensive.”

Canceling influencers and celebrities happens with the quickness, nowadays. Cancel culture’s humble beginnings can be traced to Black Twitter in the social network’s early days. Users were canceling celebrities who were on the wrong side of issues pertaining to racism and discrimination.

#MeToo was also one of the bigger movements that brought cancel culture to the big stage. R. Kelly, Harvey Weinstein, Woody Allen, Bill Cosby, Dr. Luke and former U.S. Gymnastics doctor Larry Nassar were just a few big names who were (and continue to be) canceled due to their history of sexual abuse and misconduct.

Disgraced singer R. Kelly was even the subject of a docuseries, Surviving R. Kelly, which extended two seasons. The documentary featured many victims and people formerly affiliated with Kelly speaking their truths on his vile behavior.

Cancel culture has served justice to people who for so long got away with their objectionable behavior. On one hand, it helps cancel repulsive public figures who deserve it. On the other, lines start to get blurry when it comes to other “cancellations.”

Singer Lana Del Ray complained via Instagram that female artists like Nicki Minaj, Ariana Grande, Kehlani, Doja Cat and Beyoncé are successful and praised for their songs “about being sexy” and “wearing no clothes” while critics have accused her of glamorizing abusive relationships in her music. She was canceled and dragged up and down social media this day, primarily for mentioning mostly women of color and the fact that she is treated more unfairly than they may be.

Lana Del Ray’s comments were a hundred percent tone-deaf in my book, but were they enough to cancel her? Some believed she was correct in saying that she gets different treatment than the women she mentioned. Others thought she was “playing the victim.” Many women of color, including Nicki Minaj and Beyoncé, are also chastised for their suggestive music.

Another example came days later when a video resurfaced of Jimmy Fallon wearing blackface in 2000. It was during an episode of Saturday Night Live when the Tonight Show host was seen impersonating Chris Rock. The clip prompted the hashtag #JimmyFallonIsOverParty to trend on Twitter.

Fallon took to Twitter first to apologize, before using his monologue on his late-night show to reflect, explain, and apologize further. He then invited NAACP President Derrick Johnson and CNN anchor Don Lemon to speak with him about his mistake 20 years ago and to hold dialogue on the on-going racial tensions in America today.

In my opinion, Fallon did exactly the thing that cancel culture is in place to do: hold people accountable and let them sit in that accountability. He didn’t stop at just tweeting his apology and how he’s “changed.” He took to his platform and vocalized his feelings. Then, he brought in Black public figures to hold him accountable once again. Since this episode, many of Fallon’s shows have given civil rights activists a platform to vocalize what is happening and how white people can do better for numerous nights.

Most people that get canceled are scared to even face their scrutiny or show face in general. But the ones who do it right are the ones that rise to the occasion and make it count.

Obviously, someone like R. Kelly can’t just sing a song to fix his wrongs. He must serve time for what he has done.

But what about the Jimmy Fallons of the world? It this letting him off easy or is this exactly what had to happen?

In the last case, comedian B. Simone has been canceled more than once this month for multiple situations.

I’m not living to please man I’m here to please God at the end of the day i am a CHRISTIAN ! I’m God fearing i have to answer to Him ! I’m going to ask myself WWJD not what would an angry black woman do ! I am angry but i am also trying to be Godly

The above tweet, which was a reaction to protests and looting after the police killing of George Floyd, had many side-eyeing the Wild N Out star. Many believed she was talking down to those who caused uproars in American cities, and she was attacked for her statement.

The second issue arose when B. Simone was speaking with actor Nick Cannon on his radio show earlier in June. She said that in looking for a boyfriend, he “can’t have a 9-5” which sent social media in a frenzy. Fans thought it was a shallow comment, while others defended her by saying that she should date someone with “a similar lifestyle.” Either way, most users believed she was looking down on men with regular jobs.

Would love for @TheBSimone to STOP taking small content creators’ hardwork and selling it as her own!!!

Disgusting. This is not entrepreneurship. This is PLAGIARIZING. pic.twitter.com/CCSQ88A85e

This situation is ongoing, but her manager has claimed the design firm they hired was responsible. But of course, many Black Twitter users cracked jokes and called her out.

How does B. Simone recover? Is she indefinitely canceled or is she going to come out with an apology that we all forgive and forget? Is there a lesson she can take away like Jimmy Fallon and hold important discussions?

#CancelCulture must be changed. I always will be on the side of grace over punishment, dialogue over debate, mutual understanding over mutual contempt, relationships over being right.

Overall, cancel culture to me is necessary for accountability alone. If we cancel someone and then forget we did, what’s the point? All the added flair means nothing if people don’t hold themselves accountable and take something away from their “cancellation.”