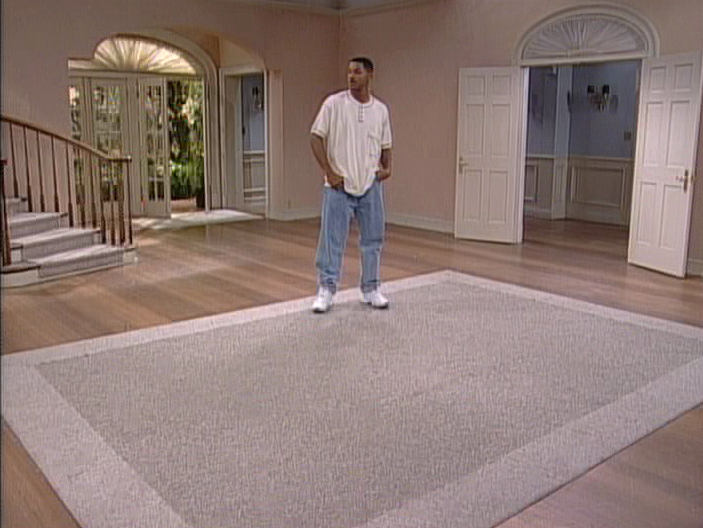 I rarely like to use qualifiers or modifiers for several words; truth, love, and hope to name a few. I find the debate on “absolute” truth to be exhausting. The question I am about to ask then you flies in the face of this particular misgiving about the English language: is there still a reason for God?

is there still a reason for God?

Pastor Tim Keller, a titan among Pastors and theologians, recently (and sadly for me) announced he is battling Pancreatic Cancer. In his book, The Reason for God, he “addresses the frequent doubts that skeptics, and even ardent believers, have about religion. Using literature, philosophy, real-life conversations, and potent reasoning, Keller explains how the belief in a Christian God is, in fact, a sound and rational one.”

The book is a definitive read for religious and spiritual skeptics likely helping many to not only understand but be convinced of the Reason for God. In one of my favorite Cosby Show episodes (yes I still reference the Cosby Show – a different conversation for another time), Clair takes exception to numerous people telling her on her birthday that she still looks good. 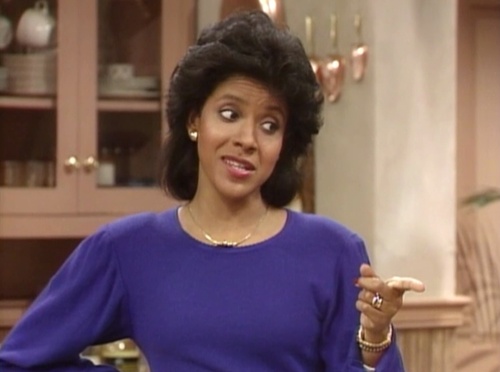 Her frustration was based on the idea of ‘still’ being added as a qualifier to her appearance as she got older, signifying a change to how she was perceived that she did not agree with. Since watching that episode, even as a boy, I always had an issue with people using the word still. As if to say something had changed about the character, integrity or truth of a concept or practice that was the subject of discussion.

In general, I tend to believe if something was true before it should be true now, especially if we are talking in the abstract. Something about the word still stands out to me in this season though. The word’s like meanings of nonetheless or and/but yet, reverberate in my soul.

Postmodernism is an appropriate description of the age we live in where skepticism and subjectivism are the prevailing themes of our generation; however, an emerging existential question that arises in the season we are now in as a country in light of the persistent presence of social disparities and systemic racism, is when will we see justice? In this American republic, in which racism, discrimination, and xenophobia – largely ignored by mainstream society until an apparent injustice – are deeply tethered to the DNA of this country, will Black people see justice. Justice, not on a case by case basis, but in a manner that supports structural and systemic fairness. While there are certainly rational arguments for equity across racial lines that have been adhered to in some ways and ignored in others, what does God have to do with social justice? In this tension I ask you again, qualified not only by our age of postmodernism but also by our season of heightened racial tensions and the journey toward justice: is there still a reason for God? 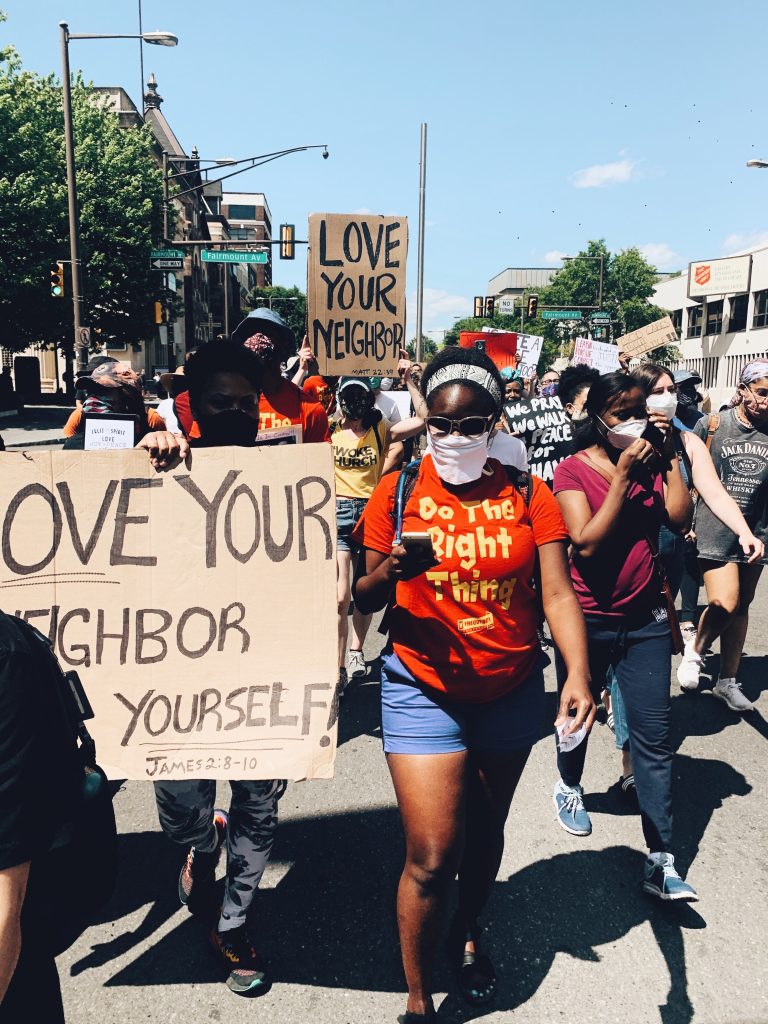 is largely gospel-centric as its essence is an unapologetic demand for legal and restorative justice for Black Americans and even the African diaspora.

When I say the Black Lives Matter sentiment is gospel-centric, I simply mean that affirming the dignity of Black lives is close to God’s heart and anything that stands against that is hostile to his character as the Creator and Righteous One. You may be skeptical of the justice of God, but admittedly you may have to check your implicit biases at the door; having been subjected to a Westernized and for many of you a whitewashed Christianity that ignores the geographical context of the scriptures and often overlooks contributions of black people to the early church and church history overall. In the same way that American History has been whitewashed, so has Christianity. So also in the same way the whitewashing and glamorizing of American History does not stamp out the bloody perseverance of black folk, so also black Christians reach for God’s justice beyond what white evangelicalism is able to grasp. 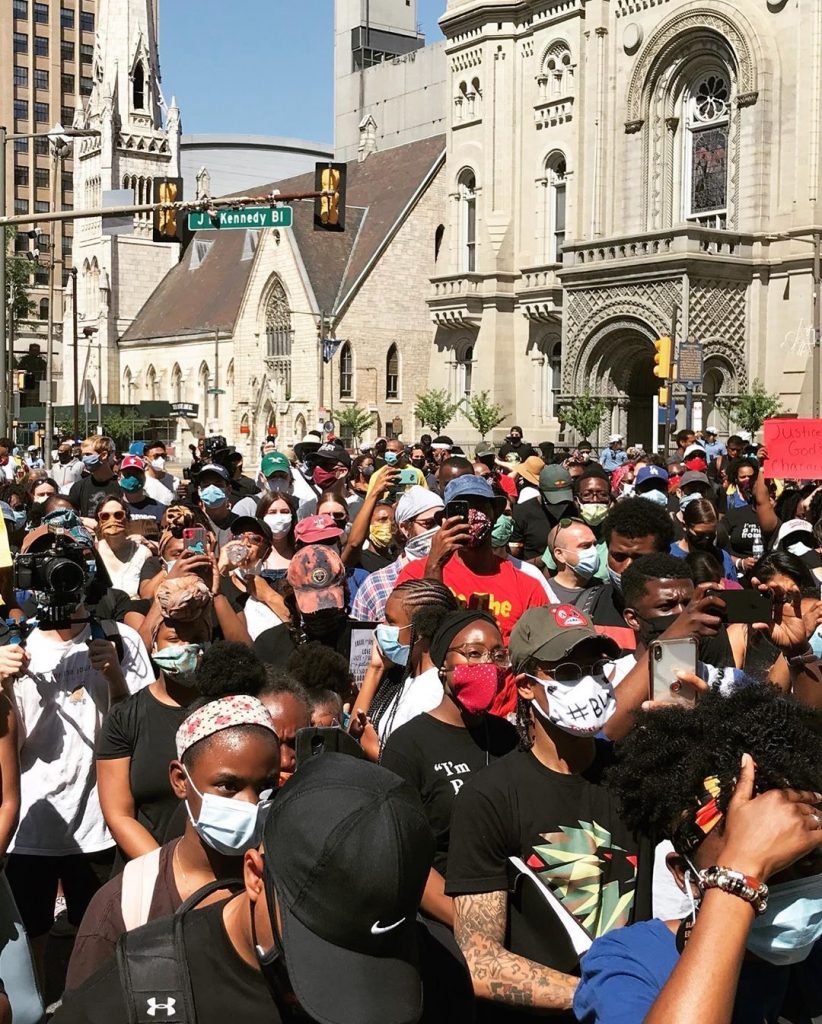 Jesus’ ministry was largely characterized by preaching and teaching the masses, prophesying against unjust powers and bringing the marginalized into the fold. He addressed the lack of dignity given to the poor, disabled, women, children, returning citizens, elderly and those of other races. When Jesus announced his public ministry in Luke 4, he states: 18 “The Spirit of the LORD [is] upon Me, Because He has anointed Me To preach the gospel to [the] poor; He has sent Me to heal the brokenhearted, To proclaim liberty to [the] captives And recovery of sight to [the] blind, To set at liberty those who are oppressed; 19 To proclaim the acceptable year of the LORD.” Jesus did not shrink back from addressing specific issues of marginalized people groups. In applying the teachings of Jesus, his brother James helps us with a principle in James 3 writing, 18 And those who are peacemakers will plant seeds of peace and reap a harvest of righteousness. Peace here means more than absence of violence, but the restored picture of things as they ought to be which is part is characterized by righteousness, a synonym for justice is the original Greek transcription.

While we fight for and seek justice in this world, how do you maintain hope and peace of mind, when you deal with the potential of justice never being realized in your lifetime? God speaks through his prophet Isaiah in chapter 1: “16 Wash yourselves and be clean! Get your sins out of my sight. Give up your evil ways. 17 Learn to do good. Seek justice. Help the oppressed.

Defend the cause of orphans. Fight for the rights of widows.” While God implores us to seek justice through his prophet Isaiah the reality is we may live our whole lives fighting this fight. Facing this idea of never being able to eradicate racial injustice and systemic racism can be daunting, devastating, discouraging, and depressing. God calls us to seek a justice that may never be realized in our lifetime; however comforts us in letting us know that at the right time that God in Christ Jesus will execute the final judgment. Revelations 19:11 reads, “Then I saw heaven opened, and a white horse was standing there. Its rider was named Faithful and True, for he judges fairly and wages a righteous war.” God will ultimately judge and evict racism and all other unjust systems from the earth. He will wage war and judge the actions of those who took advantage of their power and position.

This judge, Jesus, is the most dependable and fair of judges. While judges appointed by presidents may perpetuate systemic injustice and discrimination, Jesus is coming at the End of the Age, to tear down all systems of human oppression and suffering and to fully establish a fair, equal and just kingdom. Do you want eternal justice? Chose to follow the God who will bring it about.

One thought on “Still a Reason for God: Justice”