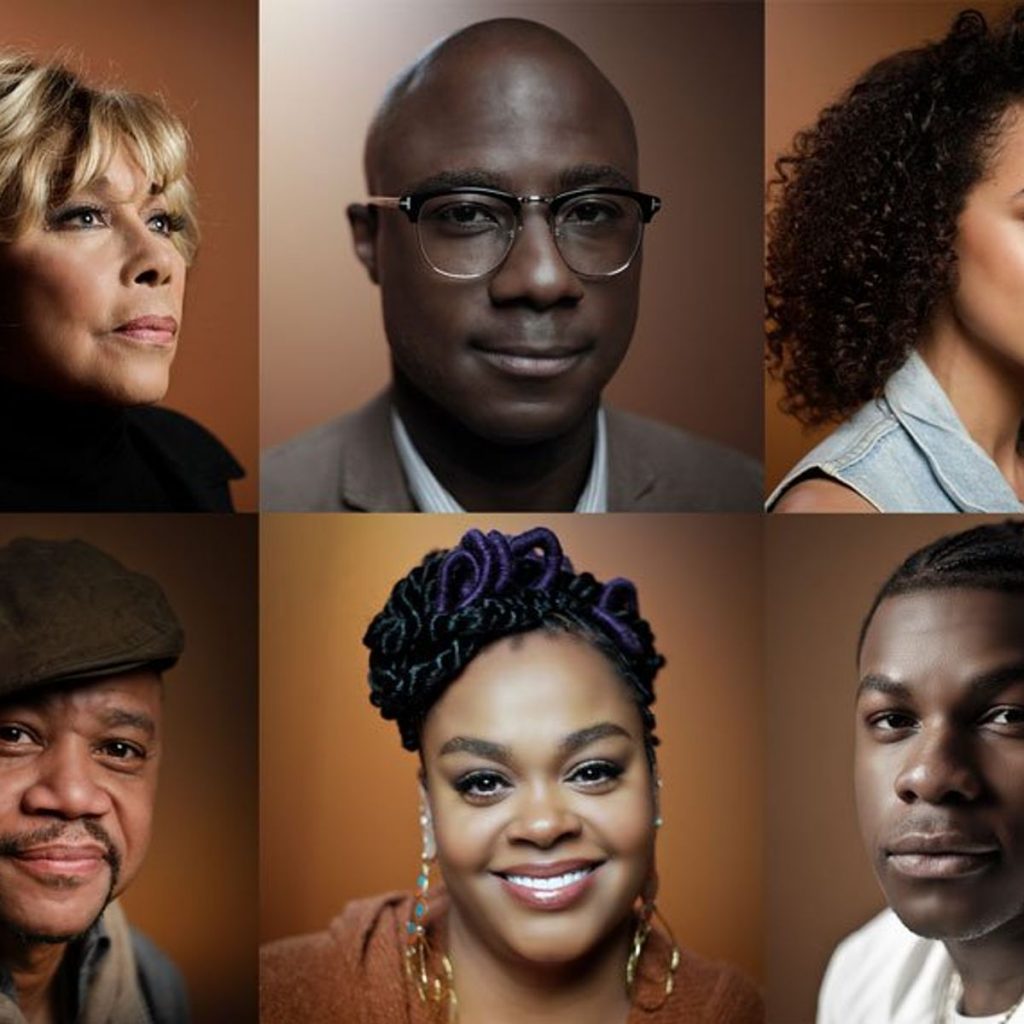 We are experiencing an overdue, yet important moment in history. Changes are being made left and right in society, and rightfully so. As the pressure is on to support black people, art, businesses, etc. People are scrambling to catch up on literature, films, and other avenues of work that they have slept on for years. Better late than never, welcome to the party below are a few bodies of work from talented black filmmakers, directors, actors and creatives.

Obviously black lives matter. Here are just a few movies that give you the harsh realities of our why and the importance of this fight. Some are heavy, some beautiful, some inspiring, but all are very relatable. 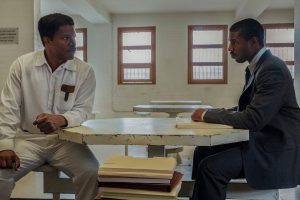 Based on a true story, Bryan Stevenson, a recent law school graduate works tirelessly in Alabama to defend those who did not receive proper legal representation, even those on death row. In his battle for justice, Mr. Stevenson faces racism, threat, heat crimes and more, however, that is not enough to stop him from making change and history.

Queen and Slim, Directed by Melina Matsoukas and Written by Lena Waithe

A tragic love story following Queen and Slim from their first date to their last kiss. The couple go on the run after their first, not so great, date takes a turn once they are stopped by the police and everything goes left. 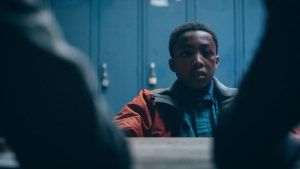 When They See Us

Based on The Exonerated Five, this Netflix series tells the story of five teen age boys wrongly accused and locked away for the raping and assault of a white woman in jogging in Central Park in 1989. This series details the profound injustice the boys experience as their very young lives are torn apart. 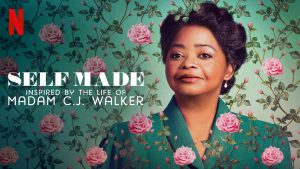 Loosely based on the life of the first woman millionaire, Madame CJ Walker. Self-Made takes us through the journey of Ms. Walker, a black woman developing a haircare empire in the early 1900’s. She was faced with racism, colorism, and sexism all on her rise to riches. 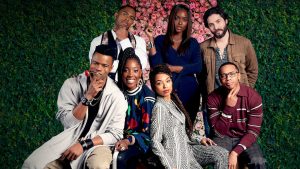 Attending a PWI can be isolating. Dear White People follows the experience of black students on campus of a prestigious PWI navigating racism in the classroom, dorm rooms, and throughout campus. 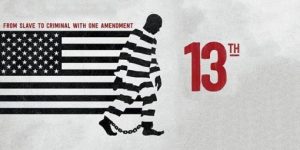 13th is an Emmy winning documentary that discusses the historical connection and transition from slavery to mass incarceration of black people in America. 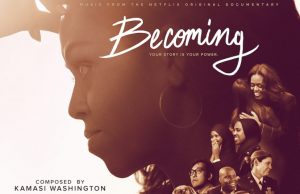 Michelle Obama blesses us with the behind the scenes of her book tour for Becoming. We get to witness Mrs. Obama inspire, motivate, and uplift people from all over while remaining grounded and joking with her family. Becoming the documentary will leave you with many gems, giving you a glimpse of the gems packed into her book. 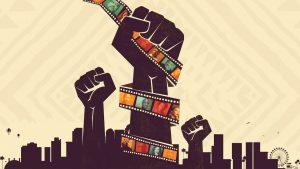 They’ve Gotta Have Us, Directed by Simon Frederick

Black entertainment is something special. A rich and powerful history. Black entertainers have always faced push back just for existing. However, they have always pushed through transitioning from the props of a racist movie to calling shots and all Black casts. They’ve Gotta Have Us, a three-part Netflix Docuseries looks at the activism, race, and art of Black cinema. This film takes us through the turning points of Black entertainment throughout time. A beautiful journey that is not yet over. 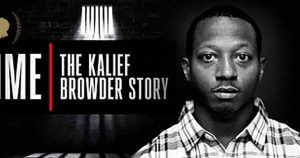 The story of Kalief Browder, a Bronx high school student who was wrongly imprisoned for three years, two being spent in solitary confinement on Rikers Island all without even being convicted of a crime; just unable to afford his $3,000 bail. If you still are not convinced prison reform is imperative, this unjust story should convince you of that. 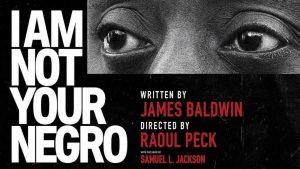 I am Not Your Negro directed by Raoul Peck

A documentary based on James Baldwin’s manuscript, Remember This House. This book was a brutally honest recount of the lives lived and the assasination of Medgar Evers, Malcolm X and Martin Luther King. Only 30 pages were completed, however, Raoul Peck brought those pagas and the pages unfinished to life, diving into racism through the reminiscing and honor of the assassinated civil rights leaders, who Baldwin called his friends. This film places racism in front of your face and requires you to think through and rethink through the events that have taken place and the effects that they have had on America. 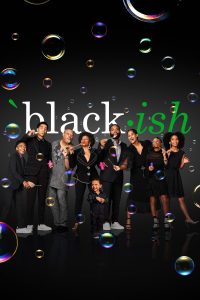 Blackish (and the rest of the -ish series), Created by Kenya Barris

Okay, I have my thoughts on Kenya Barris, but I will always support his ability to share a story that is not tied to the pain and suffering of black people. Blackish, Mixedish, Grownish, and even (I say this reluctantly) #blackAF are all series that show black people living their best lives as doctors, directors, getting degrees, and remaining  unapologetically  proud of their blackness. 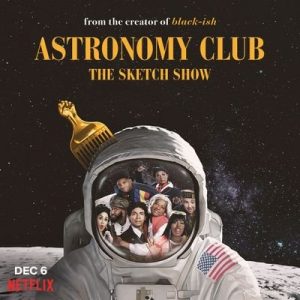 A series that evokes straight joy and laughter that is well deserved. It is an American sketch comedy series created by the comedy troupe Astronomy Club the Upright Citizens Brigade’s first all black team. The sketches range from pop culture, to history, to social issues that relate to the black experience. The comedians are hilarious, witty, and extremely talented. This show is the epitome of black joy.

Beyonce gives a direct tribute to black culture and education, nodding specifically to HBCU’s all on one of the whitest festival stages of the year. Nto mention Bey’s appearance is history made alone, because she is the first black woman to ever headline Coachella. The documentary Homecoming gives us a sneak peak of behind the scenes of the making of this revolutionary performance. This represents joy, because she very unapologetically celebrates black people from quoting the greats like Nina Simone, to respectfully highlighting the unique Divine 9 Greek life practices. We stan a Queen who stans her culture. 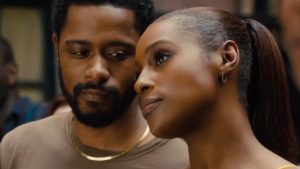 The Photograph directed by Stella Meghie

Because black love exists and we need to see more of it on screen. The photograph is a beautiful story of an unexpected romance after Mae finds a letter left behind by her estranged mother who passed away. Mae goes on a journey to learn more about her mother’s early life, and on the way meets a  journalist who she unintentionally falls in love with. 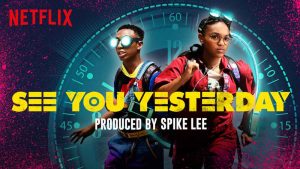 What is better than two black teenage geeks running around Flatbush, Brooklyn creating inventions, developing theories and testing them. The answer is nothing and that is why See You Yesterday is a much needed film. Two teenage science geeks spend their time working on their time traveling invention. When one of their older brothers is killed, they are ready to put their invention to the test to go back in time and save his life.