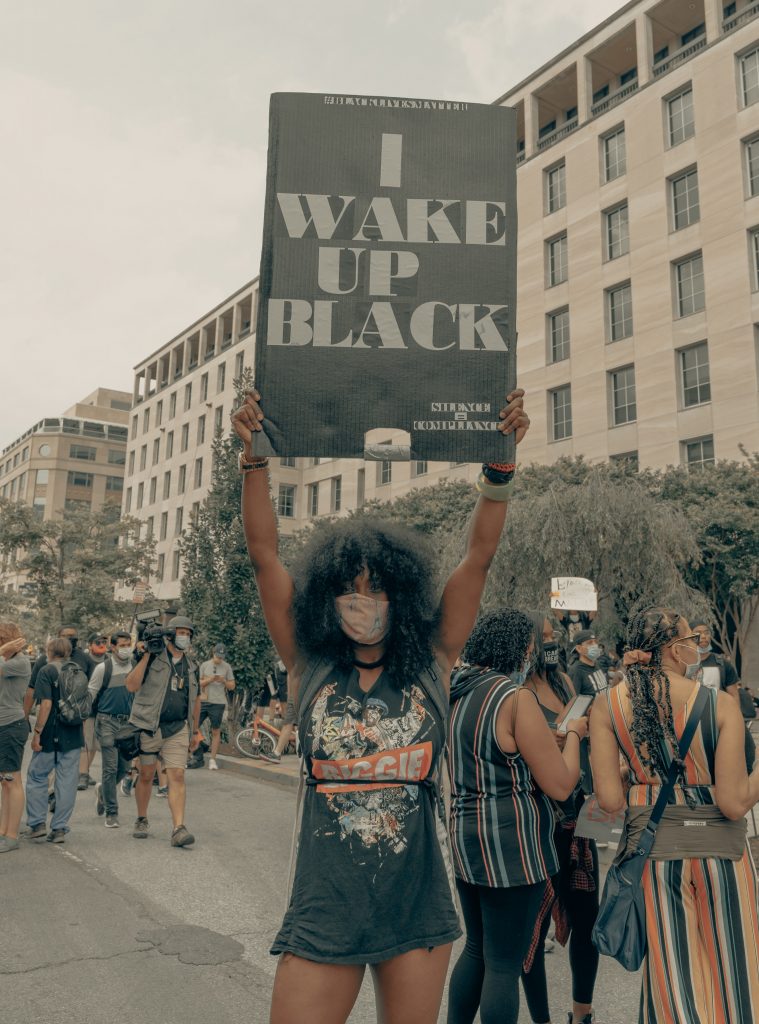 The Black community asked for arrests to be made for the blatant disregard of Black lives. Instead, it received rubber bullets and teargas. They’ve requested that officers and racist American citizens be held accountable for their misuse of power when they kill unarmed Black people. Nope, didn’t get that either. Black Americans have even had to beg for necessities like clean water— something that not all residents of Flint, Michigan has 6 years later.

All of those requests turned into demands met with initiatives that Black citizens simply have not asked for. Black people ask for justice and receive laws and bans to protect them that should have already existed, popular shows removing racist episodes that should’ve never existed and Black Lives Matter (BLM) signs and street murals rather than the government taking the necessary steps to prove that Black lives do, in fact, matter.

NOT WHAT WE ASKED FOR! Inspired by @ihadthestory #BlackLivesMatter #WearAMask

Instead of equality, here is a list of things that Black people did not ask for:

The hashtag #Bald4BLM received a lot of attention from social media users during the month of June. Posts with this hashtag depict white women post-haircut with captions that their new hairdo, or lack thereof, is in support of BLM. This “movement” is fake and uses stolen images of women with either cancer or alopecia, not people who actually shaved their heads for BLM.

Several fake Twitter accounts have been named the perpetrators of #Bald4BLM. They trolled Black people and BLM supporters to make them angered by bald white women. This hashtag makes a joke of what Black communities are fighting to accomplish: fair treatment.

What do BLM street paintings and signs have in common with every other item on this list? Something that Black people, again, did not ask for.

In Washington D.C., a section of 16th Street in front of the White House is now named Black Lives Matter Plaza. Black Lives Matter Boulevard is the new title for Broad Street in Salisbury MD. Also, Bill de Blasio, the New York City Mayor, has plans to rename one street per borough in the same manner.

Kentucky banned no-knock search warrants after Breonna Taylor’s murder. According to the NY Times, The Louisville Metro Council voted unanimously on this ban following Taylor being shot dead at her home by the Kentucky police four months ago.

Breonna’s Law might protect Black people against violent invasions and searches of their homes. However, it still does not offer a remedy to the fact that Taylor was killed in her home— a home that the police believed to be a stash for narcotics, of which they found none. The officers shot her at least 8 times.

The Associated Press reported that only one of three officers lost their job. Those cops not only have not been charged or convicted, but they are still roaming Kentucky freely.

The entertainment industry has been doing some racist content purging. Hulu has removed an episode of “Golden Girls” because of blackface concerns. The 1998 episode, “Mixed Feelings”, shows characters Rose and Blanche— played by Betty White and Rue McClanahan— wearing mud masks when meeting the soon-to-be fiance of Dorothy’s (Beatrice Arthur) son. The fiance is an older Black woman named Lorraine, played by Rosalind Cash.

While meeting Lorraine, Rose says, “This is mud on our faces. We’re not really black.”

USA TODAY confirmed with Hulu that Golden Girls— as well as some other platforms that feature shows like “30 Rock“ and “Scrubs“, has undergone episode removal once reviewed for racial insensitivity.

“30 Rock” producer and actress, Tina Fey, wrote this in a note to USA TODAY: “As we strive to… do better in regards to race in America, we believe that these episodes featuring actors in race-changing makeup are best taken out of circulation. I understand now that ‘intent’ is not a free pass for white people to use these images.”

The Aunt Jemima brand breakfast logo removal is another change that arrived too late. The overseeing company, Quaker Oats, has acknowledged the racist past that this 130-year-old logo holds. The Aunt Jemima logo originated from the song “Old Aunt Jemima” featured in a minstrel show sang by slaves, according to CNN. Although Quaker oats has changed the Aunt Jemima logo several times, that doesn’t change the original intention behind the image. The brand first packaged its products with the archetype “mammy” figure. A mammy is a racist caricature of a female Black servant devoted to nurturing the white family she serves.

The NFL announced that they will play the Black national anthem, “Lift Every Voice and Sing.” Fans will hear it before each game during the first week of the season. A whole week…hooray.

7. An Official Ban on Chokeholds

Much like the case of Breonna Taylor, instead of convicting officers involved in the murder of George Floyd, New York passed an official law banning this restraint tactic. However, this is not the first time that New York has passed legislation against the use of chokeholds.

In 1993, the New York Police Department banned chokeholds, however, they were permitted to be used when “an officer’s life was in danger,” according to an NPR article addressing the new law. Houston, Chicago and Philadelphia have similar laws. Although these laws have existed in places before George Floyd’s death, police departments don’t enforce them.

Again, rather than convicting the police who murdered Floyd, the state of New York passed this ban.

What does this all mean?

While MOST items on this list are long overdue and necessary, nothing listed brings justice to the families of Breonna Taylor, George Floyd, Rayshard Brooks, Ahmad Arbery and countless others who were born into and died because of a system fueled by racism. Nothing on this list keeps Black children safe from police violence. And nothing on this list will impact the Black community in a way that will extend the prosperity and mortality rate of Black folks.

All of that to say, America, do better.