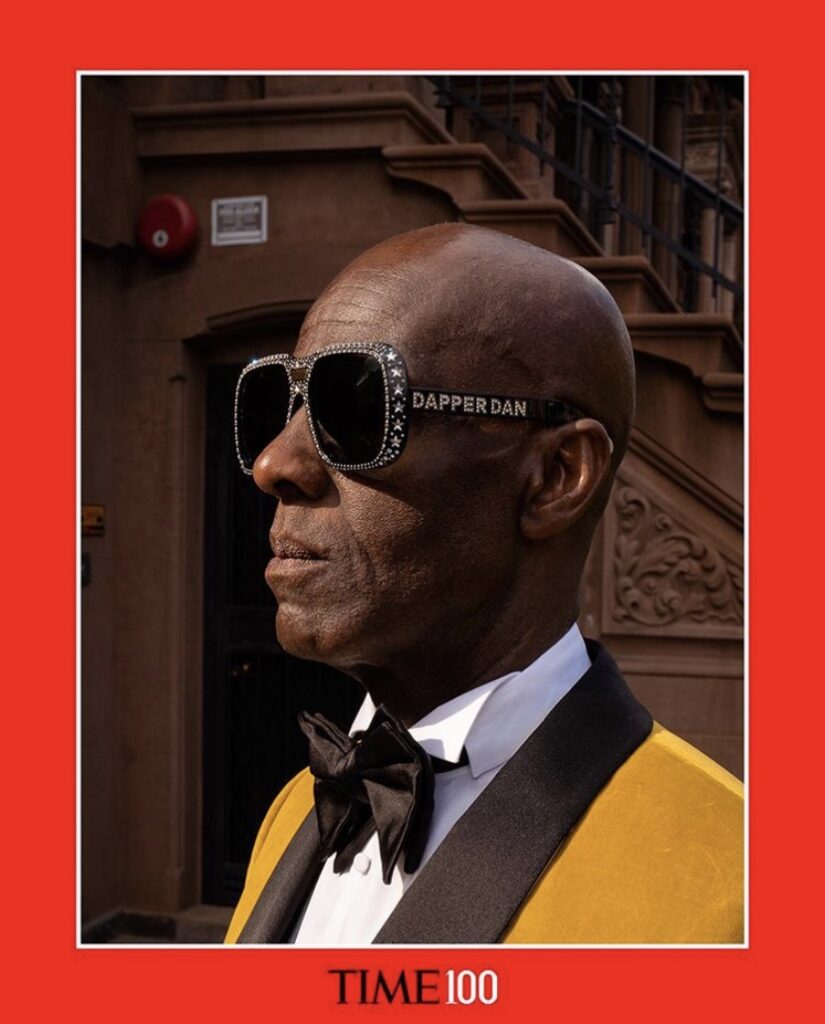 Black professionals in various fields from politics to entertainment are at the forefront of Time Magazine’s list of 100 most influential people of 2020. A standalone name among those featured is fashion designer Daniel Day (most notably known as Dapper Dan).

The Harlem native is famous for creating his own versions of designer clothing featuring logos from brands such as Fendi and Louis Vuitton. These outfits were specifically tailored for rappers and entertainers during the 80’s and 90’s. Missy Elliott wrote how she was first introduced to his unique pieces of clothing in the Time Magazine feature.

“The first outfits of his that I remember were on the cover of Eric B. and Rakim’s album Paid in Full—they were refreshing, a blend of hood and expensive,” she writes. “Then I began to see iconic looks from his creative mind on artists such as Big Daddy Kane and Salt-N-Pepa, and even on boxers like Mike Tyson and Floyd Mayweather.”

Dapper Dan’s influence reached beyond his Harlem atelier (the first of its kind) to the rest of the Black community and fashion industry. Eventually, his decades long work would pay off with an official menswear line in collaboration with Gucci in 2017. This ongoing partnership allows him to customize designer clothing for a new generation of celebrities and fashion enthusiasts alike.

“With so many years in the game, he remains a culture leader, but he has stayed true to himself, and that will never go out of style,” Elliott reflects.

Dapper Dan is one of the many Black honorees whose contributions to society and culture are still very much relevant in 2020. Other names featured on the list include Megan Thee Stallion, Tyler Perry, Michaela Cole, Billy Porter and Angela Davis. Each honoree has a brief tribute written about their work and influence from one of their peers.