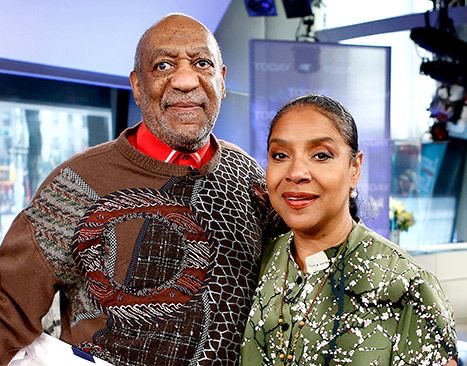 Phylicia Rashad will be sticking beside Cosby.

What seemed like a long time coming, Bill Cosby has been freed from prison.

And everyone’s favorite tv mom and overall cultural/Tv/actress/educator and the list goes on for black icon, Phylicia Rashad, said she’s going to stick beside him and the Court’s decision to release Cosby from prison and subsequently overturning his conviction.

Rashad, who didn’t shy away from taking a stance and standing with Cosby, even back during his trial in 2017-2018, expressed her support and relief for her friend upon his release.

Rashad hopped on Twitter to say, “FINALLY!!!! A terrible wrong is being righted-a miscarriage of justice is corrected!”.

Newly released Cosby also had this to say on Twitter regarding his trial and tribulation that,

• ”I have never changed my stance nor my story. I have always maintained my innocence. Thank you to all my fans, supporters and friends who stood by me through this ordeal. Special thanks to the Pennsylvania Supreme Court for upholding the rule of law. #BillCosby”.

Since Cosby’s release, media blogs and social sites, and radio hosts and celebrities alike are speaking out against Cosby and now against Mrs. Rashad, too.

Janet “Aunt Viv” Hubert from the Fresh Prince of Bel Air was one of those who was quick to call out Rashad.

Hubert’s tweet couldn’t have been more telling of how she feels about both Claire Huxtable and Bill Cosby.

“Phylicia what are you thinking!!!”.

Hubert’s tweet continued, “ I am outraged he has been released. And he is a guilty man!”.

Aunt Viv voiced the opinion of a lot of others in her series of tweets.

“Everyone knew what he was doing back then”.

Hubert was quick to acknowledge movements such as #MeToo and cancel culture during her series of tweets.

And with Rashad recently becoming Dean of Fine Arts at Howard U, many are wondering what will become of all of this and Rashad’s future at Hu.

Will she be moved from her position? Will her friendship and loyalty to Cosby cause her to be unseated from HU or added to cancel culture?

Waiting to see, especially since Rashad is such a prized jewel of the Culture.