On Sunday, February 28th, NBC will air the 78th Annual Golden Globe Awards. Mark your calendars because this year, there’s so much for us to celebrate.

Disney+ won the bidding war to bring Lin-Manuel Miranda’s groundbreaking Broadway smash hip-hopera into our living rooms.  Hamilton debuted on Disney+ in the wake of George Floyd’s murder—just as we all needed a lesson on how to start a revolution.

Regina King – One Night In Miami…

Another stage play—this one transformed for the big screen—is a groundbreaking nomination. Regina King does an amazing job in her directorial debut, breathing life into icons on an historical evening (see our review One Night in Miami… – #BlackManILoveYou – InClub Magazine).

Best Actress in a Motion Picture

Yet another stage-play-to-the-big-screen nod. Viola Davis is absolutely the best at making even the subtlest things mean so much. Her Ma Rainey conveys more with a side eye than a whole page of dialogue (see our review Ma Rainey’s Black Bottom-Oscars-Here-We-Come).

Hulu won the streaming rights war for this original motion picture, directed by Lee Daniels, depicting the true story of legendary Blues singer Billie Holiday’s battle with addiction and the U.S. government. Grammy nominated singer Andra Day, embodies not just Billie Holiday’s voice, but her strength and vulnerability as she uses her platform to shine a light on injustice. A must watch, beginning February 26th.

In what would be his swan song performance, Chadwick Boseman left it all on the stage. There aren’t many actors who could match Viola Davis’ extraordinary intensity, but Chad not only held his own, he commanded the spotlight through most of the movie (see our review Ma Rainey’s Black Bottom-Oscars-Here-We-Come).

Best Actor in a Motion Picture, Musical or Comedy

This phenomenal writer and creator of one of the biggest plays in Broadway history, also shines his bright star as the revolutionary Alexander Hamilton. Lin-Manuel’s performance is so compelling and engaging, you almost expect to see his face on the $10 bill. 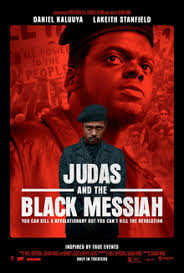 In theatres and streaming exclusively on HBO MAX beginning February 12th, Daniel Kaluuya portrays Fred Hampton, head of the Illinois Black Panther Party. The movie chronicles the FBI infiltration of the Black Panthers by informant William O’Neal. Based on Daniel’s performances in Get Out, Queen and Slim and Black Panther, Judas and the Black Messiah is a must see.

As a legendary singer, songwriter, entrepreneur and activist, the multi-faceted Sam Cooke was a complicated personality. Leslie Odom, Jr. tackled every aspect of Sam’s character with perfection and conviction (see our review One Night in Miami… – #BlackManILoveYou – InClub Magazine).

“Fight for You” – Judas and the Black Messiah

“All the smoke in the air/Feel the hate when they stare/All the pain that we bare /Oh you Better beware,” H.E.R. sings. “Their guns don’t play fair/All we got is a prayer/It was all in their plans/Wash the blood from your hands.”

This isn’t just a perfect anthem for the movie, it’s an anthem for right now.

“Hear My Voice” – The Trial of the Chicago 7

Performed by Celeste – a perfect blend of melody, music and scene placement.

Performed by Andra Day- a song so hauntingly incredible it’s like listening to Lady Day herself.

Disney’s astounding animated motion picture, Soul is the first Pixar film to feature a Black lead character, voiced by Jamie Foxx. The animation is also noted for accurately depicting us as characters, not caricatures. 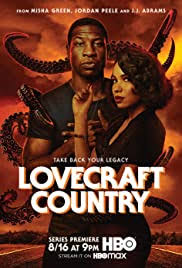 A hybrid amalgamation of horror, science fiction, fantasy, supernatural, biblical, adventure and Black history wrapped in a love story, Lovecraft Country is ALL THAT.

While telling a compelling story, Lovecraft Country also epitomizes Black excellence, both in front of and behind the camera. The show, developed and written by Misha Green, who also serves as Executive Producer along with J.J. Abrams and Jordan Peele. In front of the camera, Jurnee Smollett, Jonathan Majors, Courtney B. Vance and Michael K. Williams, lead a laundry list of standout performances by a stellar cast.

Best Actor in a Television Series, Musical or Comedy 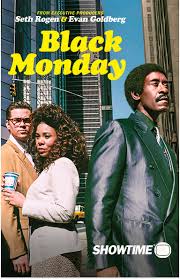