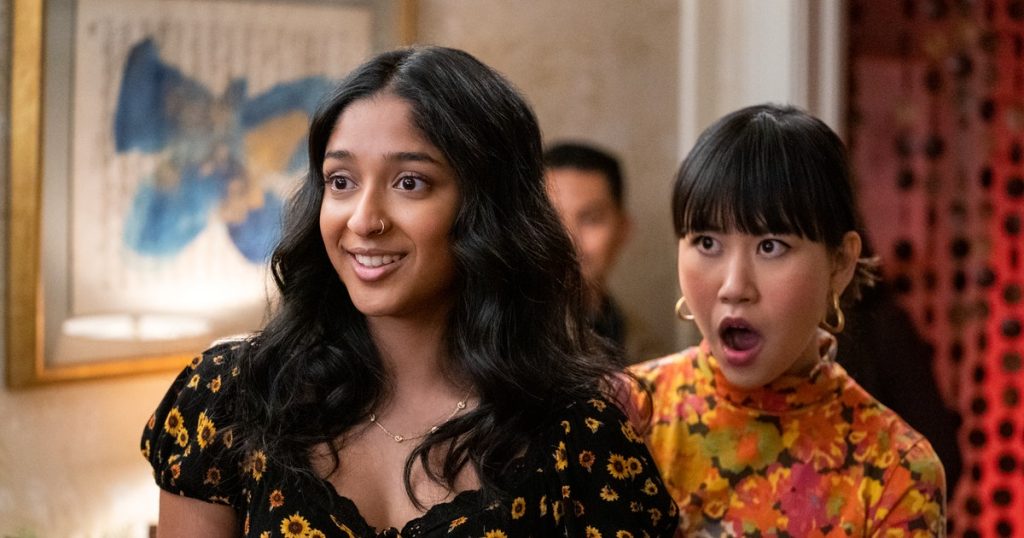 Out with the old and in with the new. At least new movies, that is, as we transition into our final summer month. With new releases, every week, finding a suitable film of TV Show for family night or whining down with friends can be tricky. Here is a compiled list of the most anticipated releases of the month. Grab your friends and your family and a fresh bowl of popcorn. From Netflix to Hulu, here are the top 10 movies and shows arriving in August.

Wedding Season is a romantic comedy about a young woman, Asha Maurya, who is forced to date her mother’s pick. What began as a simple parental setup results in a mutual agreement between the two lovers. Devi and Ravi agree to maintain a “fake” relationship during the summer wedding season to escape real-life pressures. As time passes, the trailer insinuates Asha and Ravi’s gain chemistry, leaving the viewer searching for more. Pallavi Sharda stars as Asha Maurya, and Suraj Sharma as Ravi.

The plot of Carter revolves around a man trying to escape death’s door while discovering his identity simultaneously. Carter, played by Joo Won, awakens to find that he has no recollection of his past life. The voice he hears in his ear is powered by the implanted device in his head that relays information for his survival. He is enticed into a mission by this voice, which leads North Korea and the CIA to pursue him.

When luck is not entirely on your side, you will find Sam Greenfield on the wrong side of the coin. Sam is a millennial who hasn’t had the best deal of luck. Sam stumbles across a lucky penny from locking herself in her bathroom to the most imperfect PB&J. This was the one! Until she drops the penny into a toilet.

This is when things get tricky. She is approached by a talking cat who is startled to find out that his penny was flushed. Once Sam realizes he can talk, she begs him for a new one. The cat then runs away but is followed by Sam as he heads back home through a portal to the land of luck. Sam, played by Eva Noblezada, is forced to fit into their community but has a hard time due to her bad luck. Her bad luck has caused the land of luck to turn upside down, and it is Sam and “Bob,” the cat’s job to make things right.

The television series follows Devi, an Indian American girl trying to find peace after losing her father. Devi struggles with high school drama, family issues, and even finding her place at school after snagging the boy she loves. In season 3, we see the complexities of her new relationship and its rocky progression throughout the school year.

Devi’s therapist confronts her after he realizes that getting a boyfriend isn’t as easy as it seems. Do you think Devi, played by Maitreyi Ramakrishnan, new social status get to her head? Will her relationship with Paxton, played by Darren Barnett, crash and burn? Does Devi’s new friend sweep her off her feet? It’s time for the tea on season 3.

A Blue-Collar father takes on a job hunting and killing vampires to provide for his family. This hard-working father will do what it takes for the security of his 8-year-old old daughter. Even if this means covering his real job by pretending to be a pool cleaner in the Sanfranando Valley. Day Shift is star-studded with Jamie Foxx as Bud Jablonski, Dave Franco as Seth, Snoop Dogg as Big Jon Elliot, and Meagan Goode as Jocelyn, Bud’s significant other.

Ms. Pat is a Middle-Class mother raising her children in Suburban America. The Ms. Pat Show delves into the typical lives of the Black American family. We see Patricia Carson, played by Patricia Williams, relationship with her husband and the quest to raise her kids within this new generation. This isn’t your average family show. There is heavy use of profanity, but what Mother doesn’t have to set their kids straight sometimes? Riddled with witty commentary, this show will give you the comedic relief we need.

Raising Kanan is a prequel to the story of Kanan Stark from its original show Power. Many are left wondering how one man can be so cold; well, here it is. This story tells the origin of how Kanan becomes so cruel, corrupt, and irrational. Kanan, the book-smart kid, is transforms into a cold-blooded killer.

Kanan raised by his mother, the Queen pin of a drug ring run by his entire family. His mother, played by, always dreamt of sending him to an ivy league school. However, Kanan had other ideas. This new season takes the series up a notch as Kanan steps into the game a man and not a child. The cast list includes Makai Curtis, Patina Miller, London Brown, and more.

Mike is a TV Mini-Series Docu-drama based around the origin story of the Legendary Mike Tyson. Many know Tyson to be the heavyweight champion. Still, many do not understand what Tyson endured in his early years. We a given a glimpse into Tyson’s controversial lifestyle, unraveling who Tyson really is.

Mike’s character is broken into 4 segments from child to man. From bullying to a child of criminal activity, the trailer fast-forwards to Tyson’s adult stage. Tyson, played by Trevante Rhodes, seems to have a troubled life; it makes you wonder. Who is Mike Tyson, and what did he have to go through to get where he is today?

Parents, we are pretty sure you’re due some “Me-time.” That is just what this stay-at-home dad receives when his wife, played by Regina Hall, takes their kids on a getaway. Leaving Sonny, played by Kevin Hart, to enjoy his much-needed freedom. Sonny’s time away seems to not go as planned, that is, until he is reunites with his old friend Huck. Hesitant to join Huck in his 44th birthday celebrations, Sonny discovers a new version of himself. Sonny is on a quest to survive his adventures with Huck, played by Mark Walburg.

Gene is a compulsive killer and seeks help by going to see a therapist. Looking in Gene, played by Domhnall Gleeson, on the outside, seems like any patient the therapist, Steve Carrell, has seen until things take a significant turn. The therapist is held captive by Gene, who is now a witness to his attacks potentially murdering others while seeking much needed help. This thriller packs a twist and questions whether Gene receives the help he needs and whether the therapist make it out alive.

Along with this list you can find more Television Shows and Movies here.