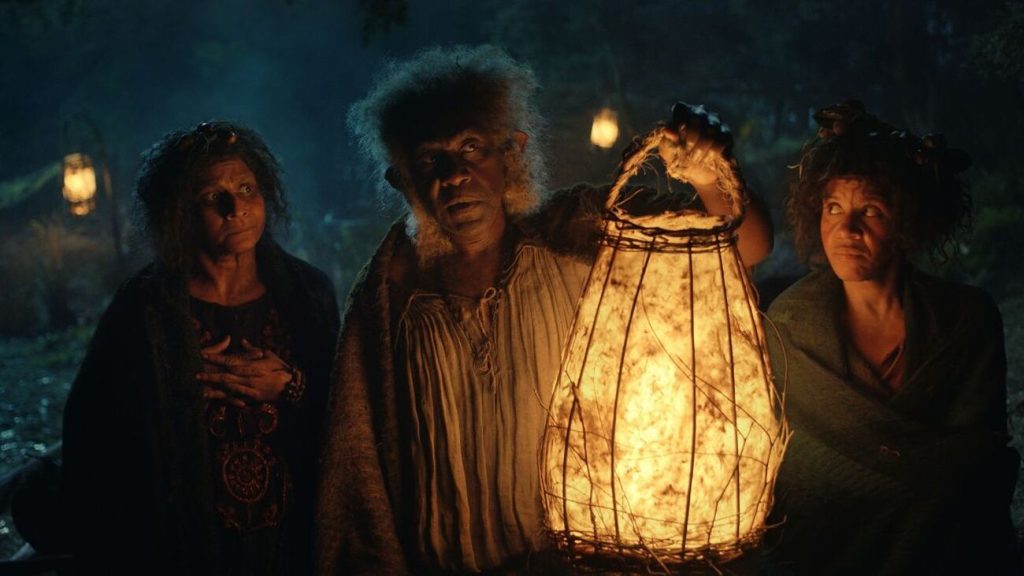 Instead of celebrations, diversity in films is currently fueling culture wars. People of color portraying lead characters in Lord of the Rings: Rings of Power and a Black woman starring as The Little Mermaid continue to be controversial to many White audiences. So why are there little to no complaints from White people when other White folks act as people of color, which has happened in at least 100 films? The answer is one word: racism.

But expanding on some layers of racism in the film industry is necessary. We are able to remove the gatekeepers power. The ones who refuse to acknowledge the importance of diversity in film.

Racism is deeply inside the history of film.

In the early days of movies, White people with stories that silenced oppressed voices led the industry.

As movies became a popular form of media consumption, racist social norms set White people apart. They perpetuate the stereotype that they are the only people deserving of the big screen. No other ethnicities could be personable or attractive in the storylines. Considering that Black people and other people of color were denied entry into drive-in movies and theaters with White moviegoers until 1964, non-White film stars were a rarity and a scandalous notion for more than 60 years after the invention of film.

But Black film pioneers were rejecting the narratives of white superiority as far back as the early 1900s, and the list of groundbreaking Black film artists is longer than the credits shared by most mainstream media outlets.

These are a few of the Black innovators who challenged racist film standards:

Sam Lucas, a Black entertainer against the minstrel (racist) showings of Black people, became the first Black actor to star in a White film in 1903 with a leading role in Uncle Tom’s Cabin. Lucas put Black actors in more serious roles. During that time, film reduced Black Americans to racist caricatures and characters without humanity.

Producer William Foster was a leading founder of cinematic experience designed for Black audiences, and while he is most famous for The Railroad Porter comedy film in 1912, he had many other works that were “lost” or destroyed.

Activist and author Maria P. Williams was the first Black female film producer and director, best known for the Flames of Wrath silent film in 1923, a film where she was also a leading actress.

With the emergence of Black filmmakers came “race films” with deeper socio-political context about racism and other injustices. The race film genre was a response from Black creators to life in the Jim Crow south. It showed the various forms of racism, oppression and violence from the early 1900s to the 1940s.

From 1919 to 1948, author Oscar Micheaux directed and produced 42 race films, including the critically acclaimed Body and Soul. Body and Soul starred Paul Robeson, another prolific figure who was a Black actor, football player, and cultural icon. The movie was added to the Library of Congress’s National Film Registry in 2019.

Diversity in American films is now an international conversation.

The fight of equality for Black people in comparison to White counterparts in film is ongoing. It is now on an international scale. Hollywood’s big players who collectively control over 80% of the box office (Disney, Fox, Paramount, Sony, Universal and Warner Bros.) have been following a flawed theory that Black actors don’t have international appeal. This theory is backed by a study that was detailed in 2017 by BizJournals and re-shared by MarketWatch in 2020, stating that movies with a non-White leading actor resulted in 40% less international revenue and racially diverse movies performed 17% less favorably internationally.

Because Hollywood views Black film talent as less financially viable, Black filmmakers get smaller budgets. Also, fewer roles go to Black actors and actresses. Award-winning films help determine the value of films in the same genre, but much of this value is tied to expensive advertising campaigns, requiring funds that many filmmakers of color don’t have access to since they are considered more of a financial risk. Additionally, Academy Awards decisions are based on members, 94% of whom are white with most members being older men.

And yet, the film industry capitalizes on cultural appropriation. They include actors and directors from other countries to better access foreign markets for more profits.

Diversity in films is a powerful tool for social change.

Of course, defining diversity by race alone will still miss the mark. Diversity includes a variety of identities and lifestyles and the film industry should approach it accordingly. However, there are reasons to go against film diversity if the goal is to uphold a culture of white superiority.

Movies start important conversations at home and in public arenas that help create a more inclusive society. Diverse representation also helps to create a culture of empathy because seeing the stories of characters from different cultures makes people more relatable in real life.

Diversity in film gives power back to underrepresented communities. it would open doors to more employment opportunities for non-White creatives who have historically been excluded in the entertainment industry. And most importantly, it allows people to see themselves and their stories accurately depicted in movies, creating space to feel heard, seen, and dream bigger to become the heroes on screen.

The film industry has operated in a vacuum of capitalism and racism since its inception. But times are changing.

Diverse characters and storylines are now more profitable at the box office, and despite the re-sharing of data that discourages films with Black stars, international audiences are proving the data to be incorrect. Based on a 2022 UCLA and Starz study conducted across 11 countries, over 75% of international audiences are craving more diversity both on-screen and behind the camera. But because a few entities have monopolized the film industry, up and coming filmmakers who center diversity have less room to change the game.

Overall, the film industry has made progress in increasing diversity, and Black Panther was a global phenomenon the world needed to see the power of diversity on the big screen. But there’s still more work to do to show that film diversity is a priority, not an option.

We, the consumers, have the power to increase diversity in film.

In 2021, for every big-budget movie that exceeded expectations at the box office, 53%-60% of opening weekend audiences were people of color. As consumers, we can demand diversity through what we watch and what we buy – our purchasing power. The entertainment landscape will always shift based on the most popular consumer buying choices. The less we buy in, the more industry bigwigs lose out without meeting our demands.

Moviegoers can also continue to call for accountability from film executives and stakeholders through social media. Comment on film trailers and related marketing material on YouTube, Twitter, and Instagram. Create hashtags like #OscarsSoWhite that shake up the entertainment world or interact with already trending tags calling for progress in the film industry.

The history of film is still in the making. With the global connectivity of the internet on our side, the public conversation can lean towards better actions. Actions that create a more diverse film industry – an industry that creatives and film lovers should have had over a century ago.