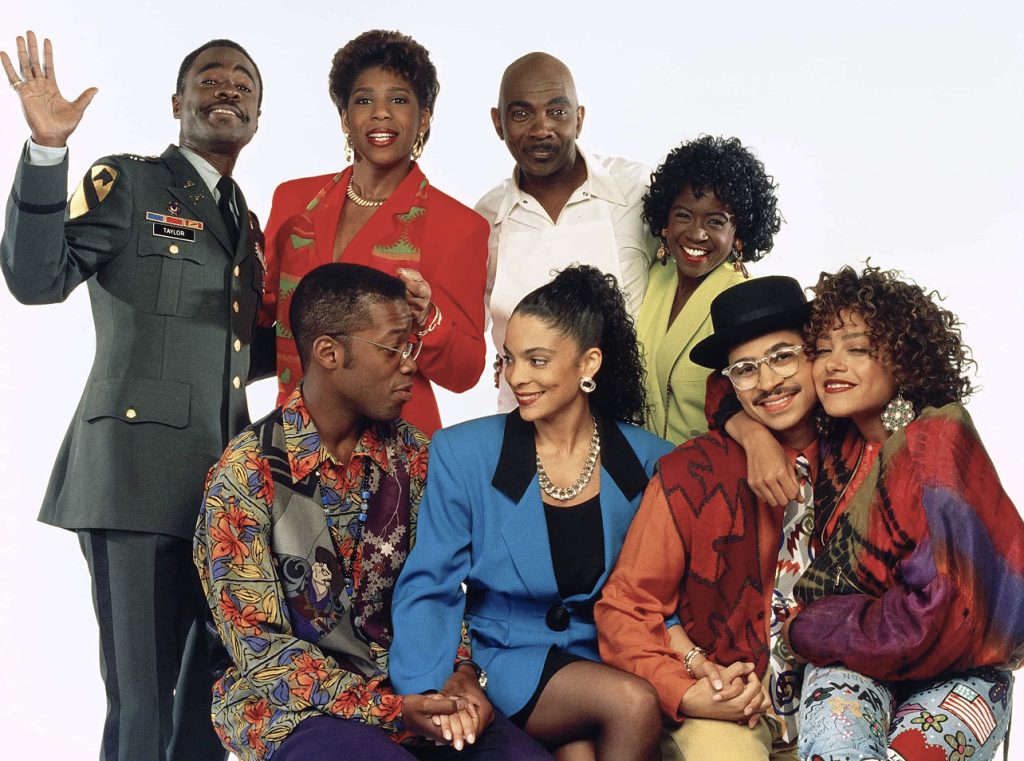 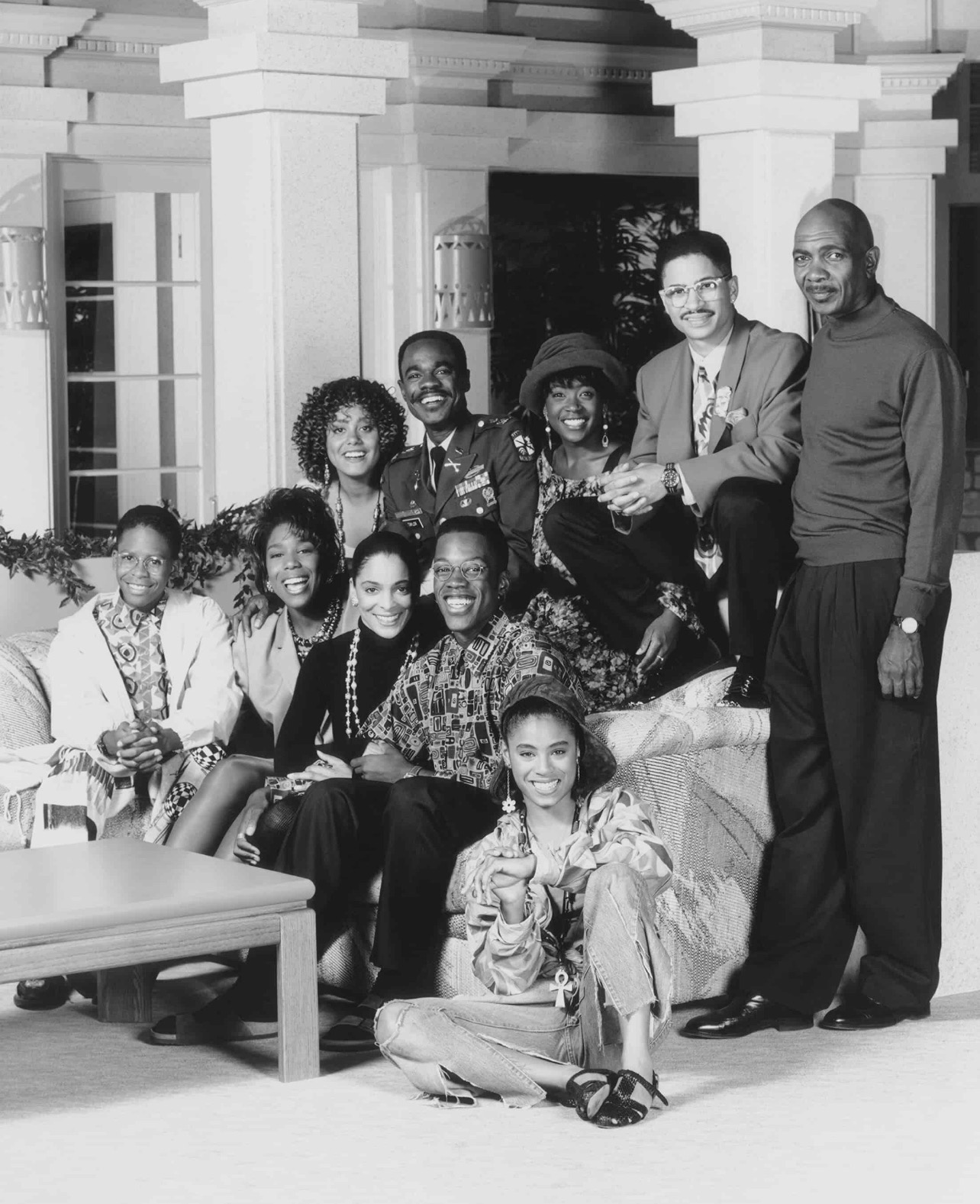 Can you believe it’s been 35 years since the premiere of A Different World? I certainly cannot! September 24th marks the 35th Anniversary of its humble beginnings. From the dorms of Gilbert Hall, we were introduced to our iconic characters, Dwayne Wade and Whitely Gilbert, played by Kadeem Hardison and Jasmine Guy. Though they may have been our fantasy couple, over time, characters like Dawnn Lewis as Jalessa, Darryl M. Bell as Ron, Charnele Brown as Kimberly, and Cree Summer as Freddie captivated our hearts as they embodied the everyday student in a Historically Black College and University (HBCU).

The continuing storyline of Denise Huxtable is based on the fictional life at Hillman College. Denise starts a new season as she ventures onto college, learning how to manage a young adult’s life. Along the way, she makes friends, and we are introduced to Marisa Tomei as Maggie Lauten, a white woman at an HBCU. This diverse yet dynamic stage of season one is what viewers love most. This causes the show to surpass its competitors as one of the most watched shows other than The Cosby Show.

However, season one takes a turn when Lisa Bonet migrates from A Different World back to The Cosby Show after dropping out of Hillman and returning home. The show shifted gears to the storyline of Witley Gilbert and Dwayne Wade. Season two takes a distinct creative direction focusing solely on the HBCU diaspora introducing characters such as Glynn Tuman as Colonel Bradford Taylor and Lou Myers as Vernon Gains.

The show was a significant success with many guest appearances and relatable topics that addressed more than the average college issues, such as homework and popularity. A Different World dug deeper and addressed the hard-hitting issues of poverty, racism, colorism, gangs, etc. This is what I believe makes this show so significant.

It is imperative that we dive deep into a layer that enables conversations of change, acknowledgment of struggles, and the primary tribulations of young adult black people. I felt seen, heard, and understood. The diversity of characters and their backstory allowed viewers to connect with the show, pick their favorite, and follow the journey of their growth through adulthood.

A Different World did a fantastic job of showcasing the complexities of brown and black people in America and was not afraid to expose the underlying issue of most experiences. I find this to be daring and bold. To have episodes speak about identity, insecurities, love, loss, and even oppression speaks highly of the writer’s and director’s intentional work. Here are some of the scenes I feel are important to highlight.

Kim was a Nubian princess and was mistaken for Aunt Jamima. As a result of unintentional insecurities due to racial stereotypes, Kim is triggered. This episode touched heavily on colorism and the struggle of a dark skin girl trying to discover the beauty in her skin. Kim spends most of the episode grappling with wounds from her childhood and dedicates the time to understanding the power behind Mammy and her bright smile.

Challenging topics such as racial altercations are something most shows would stay away from. However, this is not the case for A Different World. There is an episode when Ron ends up in a scuffle with a couple of white students from another college due to a bet gone wrong. Ron is upset after the students spray-painted racial slurs on his car after a game. This type of subject evokes conversation in the viewer’s household and speaks of complex events that may and most likely will occur to black men and women in their lifetimes.

I am pretty sure we’ve all had some encounter with someone who throws the N-word around a football on a crisp fall afternoon. In college, there were a lot of instances where I felt myself fighting for respect from my white counterparts and correcting them for their choice of language. It became tiring to constantly explain to them why they can’t rap this part in a song or say it when they hang around their black friends.

To some, this word lives religiously in their vocabulary because it is adventurous and radical. However, for the black community, it holds a lot of racial weight when it comes from someone who is not like us. For Ron, these racial slurs ignited rage, and appropriately so. This episode illustrated the black adult’s anger, hurt, and resilience.

It wouldn’t be an HBCU without fraternities and sororities. When I was in college, my school removed our Greek chapters, which resulted in me joining the step team. I used to dream of one day joining Delta Sigma Theta and following in the footsteps of my fellow family members; honestly, I still do as a graduate. My step team was the closest thing to it. I treasure the heck out of my experience. However, I felt it essential to learn about sororities and fraternities and their importance in the black community.

Though they may have fictional names and Greek letters, they embody and illustrate the history of our culture. It showed the sister and brotherhood and the process of attaining such prestigious titles. Though pledging may not be for everyone, I believe it is essential to gain knowledge of pledging history and its benefits.

Though some topics are riddled with traumatic experiences, A Different World makes a habit of bringing our stories’ laughter and loving side. We all loved Whitley and Dwayne; they are both such a fun duo. Watching their progression and love for each other is beautiful, and we are rooting for them. Now, you know I couldn’t leave you without the infamous scene! I swear, I would have experienced this wonderful yet toxic love when I got older. Who doesn’t love a man running down the aisle professing their genuine love for you, just me? It was entirely satisfying watching their love unfold after countless, I mean numerous, times of tension between the two. I refuse to spoil this episode; you’ll just have to watch it yourself, but please start with the season’s beginning if you want to have the full lovebird experience.

Though I’ve only mentioned a few episodes, I can tell you A Different World is packed with a lot of information, educational experiences, emotional ties to the character, and very rewarding endings. I do not believe a show has been able to live up to this show’s standards. At least I haven’t found one to do so. When you have a team that invests in effective storytelling, the true story of our people, it deserves all the praise. The beautifully talented Debbie Allen did just that as director. 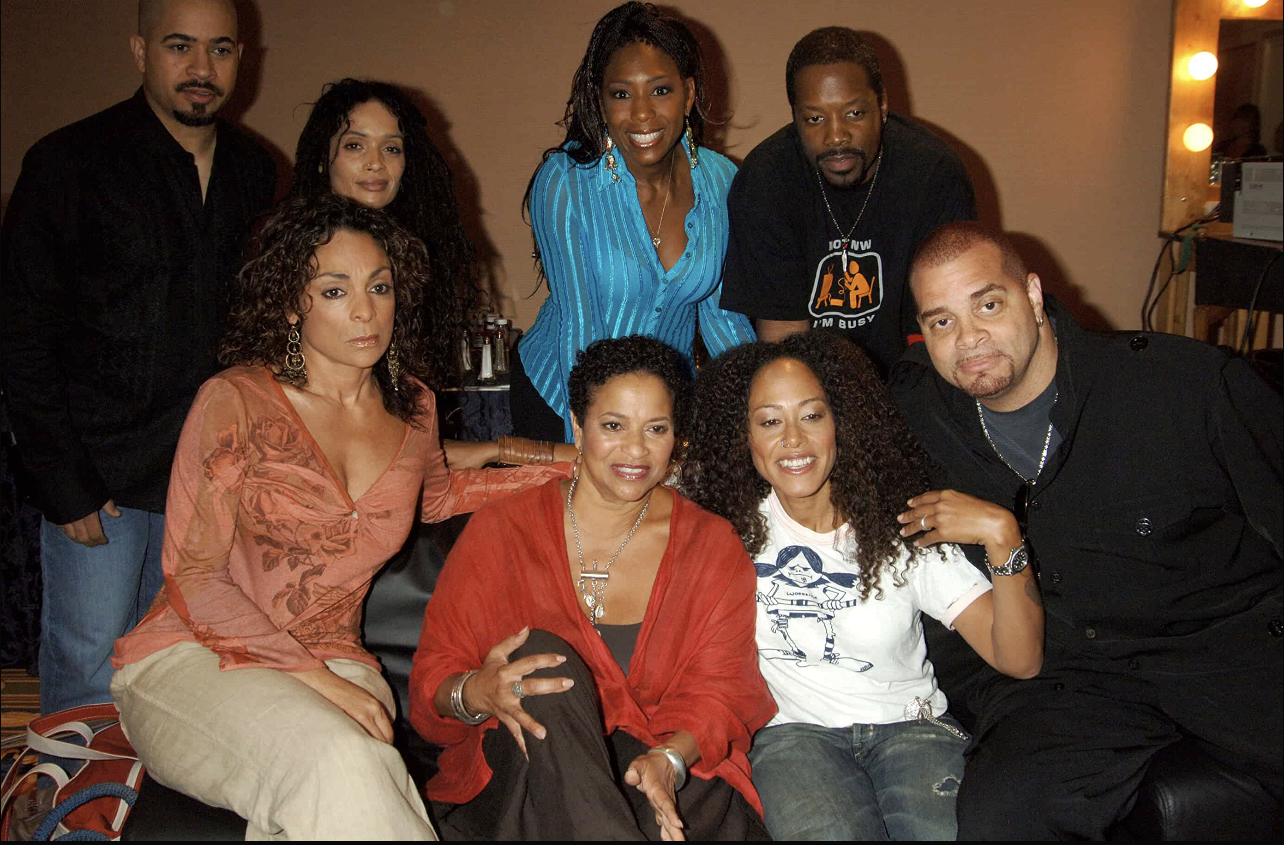 Can you imagine waking up and heading to set with an all-black cast, a black director telling black stories? That sounds like a dream come true. This show did not shy away from cameos with iconic guests like Patti Labelle, Dionne Warwick, Vanessa Bell Calloway, Halle Berry, and Tupac Shakur. It also has a star-studded cast with Jada Pickett Smith, Sinbad, Loretta Divine, and more. This school screams black excellence and holds a special place in my heart.

Today, in honor of A Different World’s 35th Anniversary, TVOne will run an all-day marathon! Now is the time to Binge watch! Christmas came early this year!