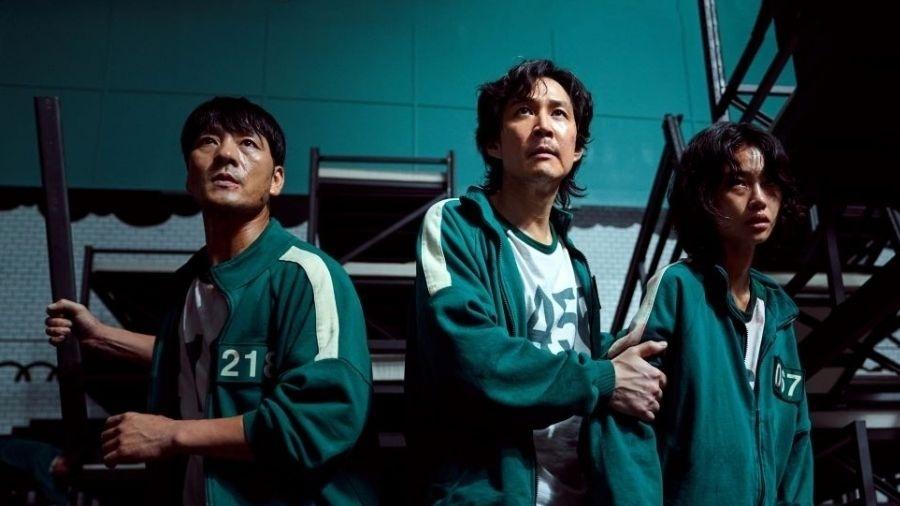 September has been the birthing ground for some major events from D23 to Canva Create, and now Netflix Tudum. Netflix Tudum has taken us around the world to connect with stars of our favorite series and films to debut exclusive news during this mega-fan event. First, I have to say I like the verbal play. Tudum is the sound that the app makes when you first sign in. We all know the sound. This is very clever!  There’s been a lot of behind-the-scenes, teaser trailers, and announcements made at this year’s Tudum. We can’t begin to cover them all, so below are a few things we’re looking forward to. You can find the recap clips here or watch the full recap here.

Plot: The end of Princess Diana and Charles’s marriage

Plot: A coming-of-age supernatural mystery comedy focusing on Wednesday Addams and her years as a high school student at Nevermore Academy, where she attempts to master her psychic powers, stop a monstrous killing spree of the town citizens, and solve the supernatural mystery that affected her family 25 years ago—all while navigating her new relationships

The School of Good and Evil

Plot: Best friends Sophie and Agatha find themselves on opposing sides of an epic battle when they’re swept away into an enchanted school where aspiring heroes and villains are trained to protect the balance between Good and Evil.

The School For Good and Evil asks you to think of a moment when you wanted to tell the world that you are so much more than they ever realized… #TUDUM pic.twitter.com/csb2pGGkGe

Plot: A series of eerie events thrust an unlikely trio onto the trail of a nefarious government conspiracy in this pulpy mystery caper.

This conspiracy is more than a theory! Get your first look at They Cloned Tyrone, a wild new film starring John Boyega, Teyonah Parris, and Jamie Foxx. #TUDUM pic.twitter.com/1tqyx6nzOS

Plot: A young girl discovers a secret map to the dreamworld of Slumberland, and with the help of an eccentric outlaw, she traverses dreams and flees nightmares with the hope that she will be able to see her late father again.

Plot: More than a thousand years before the world of The Witcher, seven outcasts in the elven world unite in a blood quest against an unstoppable power.

Plot:  Enola Holmes takes on her first case as a detective, but to unravel the mystery of a missing girl, she’ll need some help from friends — and brother Sherlock.

Plot:  After beating the game, Arisu and Usagi encounter a new controller named Mira, who announces a whole new set of games.

Alice in Borderland Season 2 premieres December 22! Check out the teaser that just dropped in #TUDUM pic.twitter.com/g5AiSWXg7d

Plot:  Dark forces conspire against orphan mapmaker Alina Starkov when she unleashes an extraordinary power that could change the fate of her war-torn world.

Welcome back to the Grishaverse! Here’s a sneak peek at Shadow & Bone Season 2 #TUDUM pic.twitter.com/tnbpI8yEUB

Plot: While fleeing from dangerous assailants, an assassin comes out of hiding to protect her daughter she left earlier in life.

There's nothing stronger than a mother's love — and these assassins are about to learn that the hard way. Jennifer Lopez is The Mother. #TUDUM pic.twitter.com/XWYDxujZAC

Plot: Currently under wraps but will be a spy thriller.

Heart of Stone may not be hitting Netflix until 2023, but stars Gal Gadot, Jamie Dornan, and Alia Bhatt just gave the world an exclusive first look at their huge spy action thriller in #TUDUM pic.twitter.com/8nfQg3Vt0Q

Plot: We’ll explore Ciri and Geralt’s relationship as they learn more about the latter’s powers. Geralt is also forced to change his neutral stance on the Continent’s politics as different factions are now hunting Ciri down.

Our family returns! The Witcher is back for Season 3 in Summer 2023 #TUDUM pic.twitter.com/pV414YvRPI

Plot:  After barely surviving the events of the first movie, Tyler Rake (Chris Hemsworth) is back as the Australian black ops mercenary, tasked with another deadly mission: rescuing the battered family of a ruthless Georgian gangster from the prison where they are being held.

WE ARE BACK for Extraction 2 – where the on-camera stunt-work is just as mind-blowing as the behind-the-scenes effort it takes to shoot it! #RakeLives #TUDUM pic.twitter.com/j13wGoWEeT

Glass Onion: A Knives Out Mystery

As part of their #TUDUM event @netflix just released this clip from #glassonion No real spoilers, it’s from early in the movie. Let’s all enjoy a moment of normalcy together. pic.twitter.com/TUP2c0VRCY

It might be hard to believe, but there are more great things coming, like The Old Guard 2, Guillermo Del Toro Pinocchio, The Watcher, and Squid Games 2, just to name a few. Be sure to visit the Tudum 2022 website to get all the latest news.