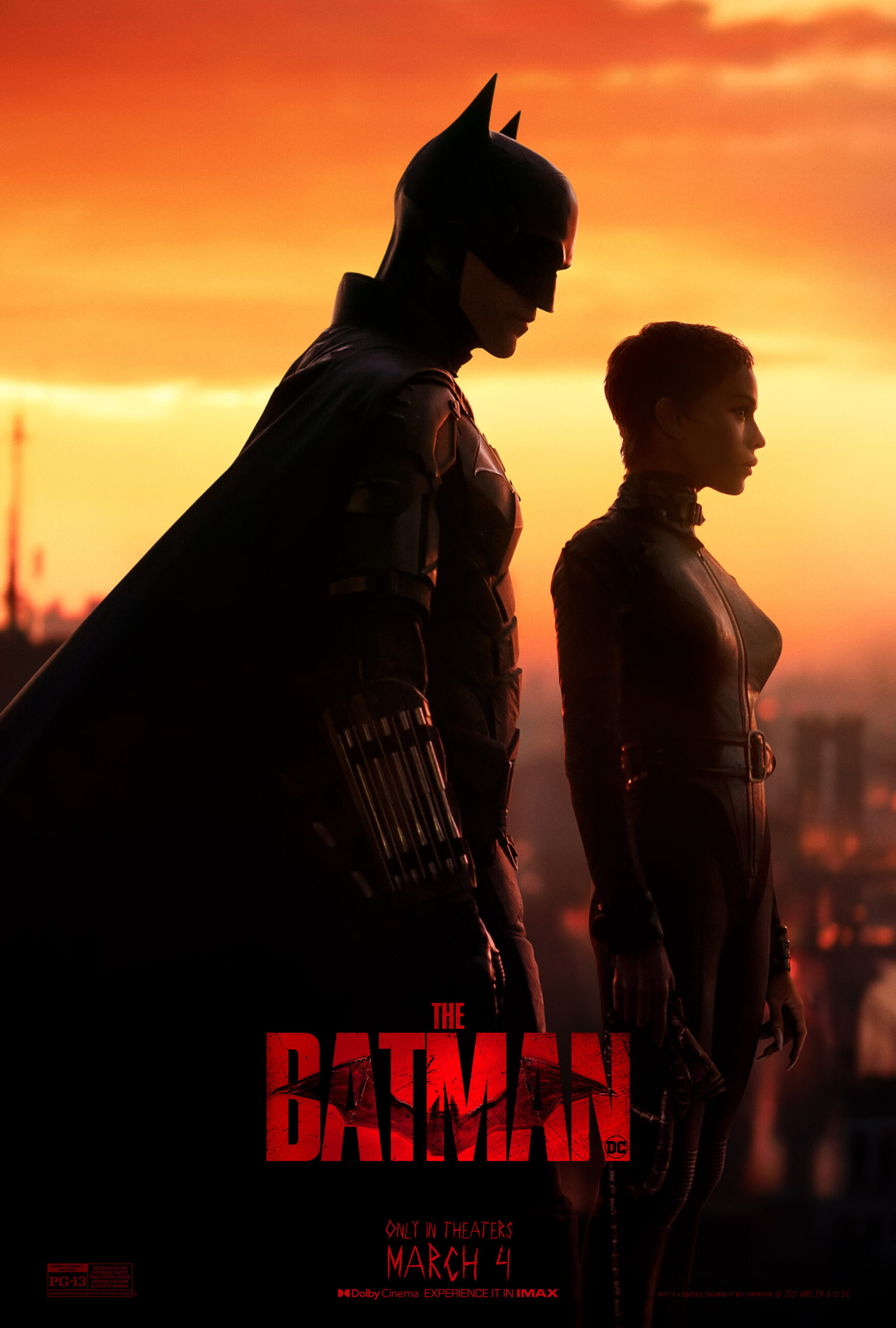 Riddle me this, riddle me that. Who’s afraid of the big black bat? 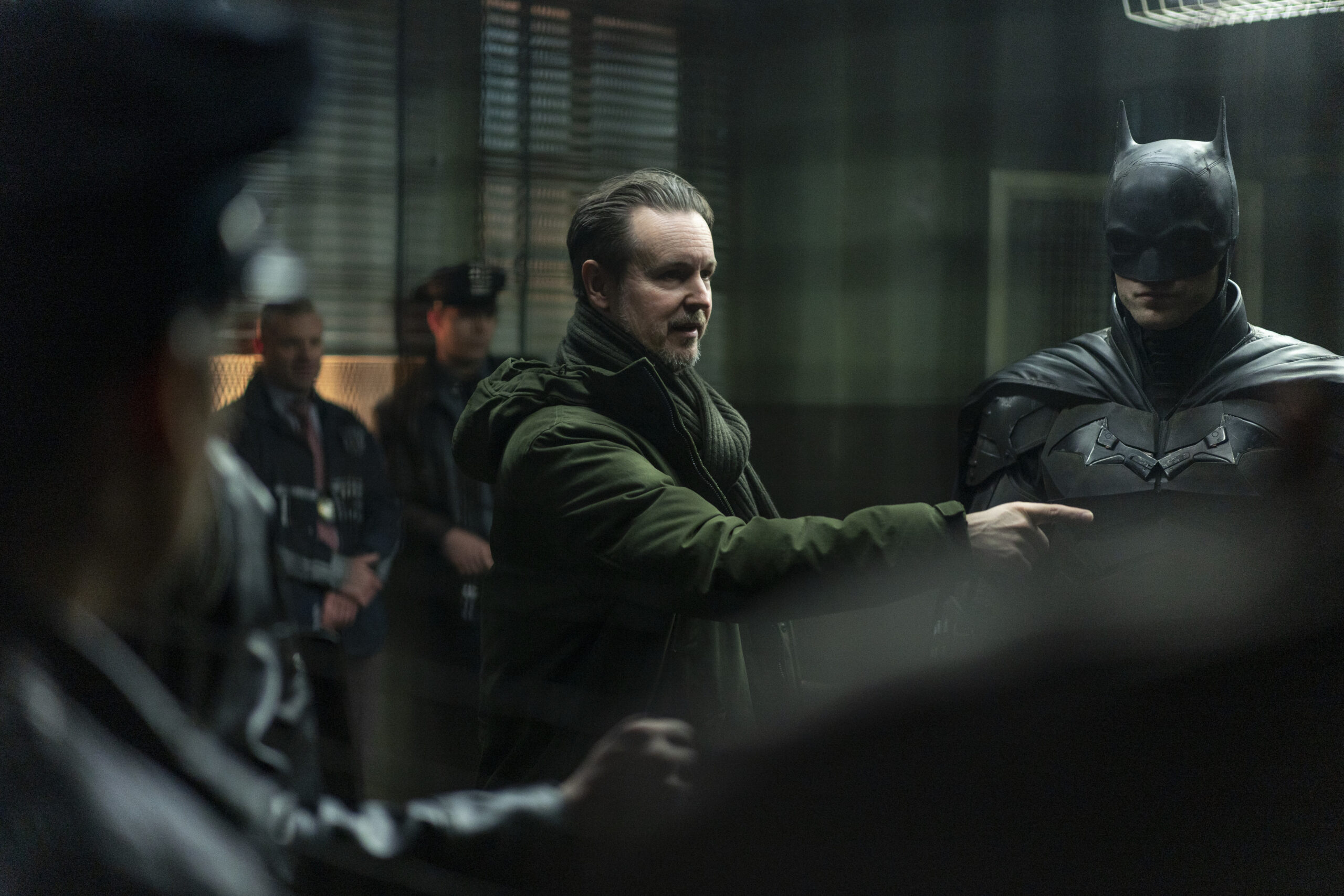 The answer to that is, everyone! The Batman is the latest iteration of the dark knight. The film, directed by Matt Reeves of the Planet of the Apes franchise, has hit theaters.

Waiting for the premiere of a Batman movie is probably as frightening as Batman pulling you through the sun road of your limousine and screaming at you. For fans, and especially for the actor playing the iconic character and the director. 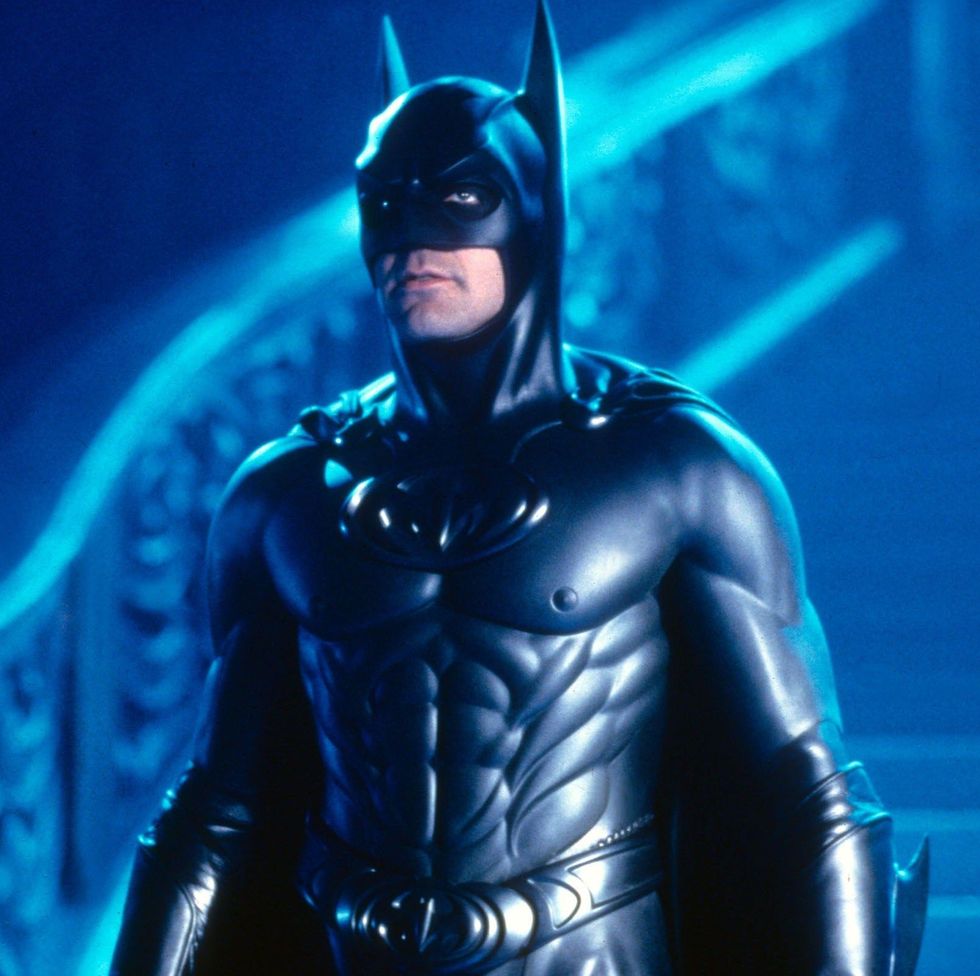 As beloved as he is, George Clooney still can’t get rid of the stench of him as the Caped Crusader. And that was 25 years ago!

Insert Robert Pattinson, the poor bastard. After being the co-lead in Twilight, the young adult property to his fortunate or misfortune only made matters worse.

So when the toxic fandom that makes up the superhero genre heard he had won the role of Batman, they went batsh** crazy. I mean, you would have thought the guy was Taylor Lautner, who has only been in maybe 3 other projects. All three were forgettable.

Pattinson actually has a nice career that displays his acting skills, and his range is actually incredible.

The guy can act. He beat out Nicholas Holt, which, in my opinion, is no easy feat. 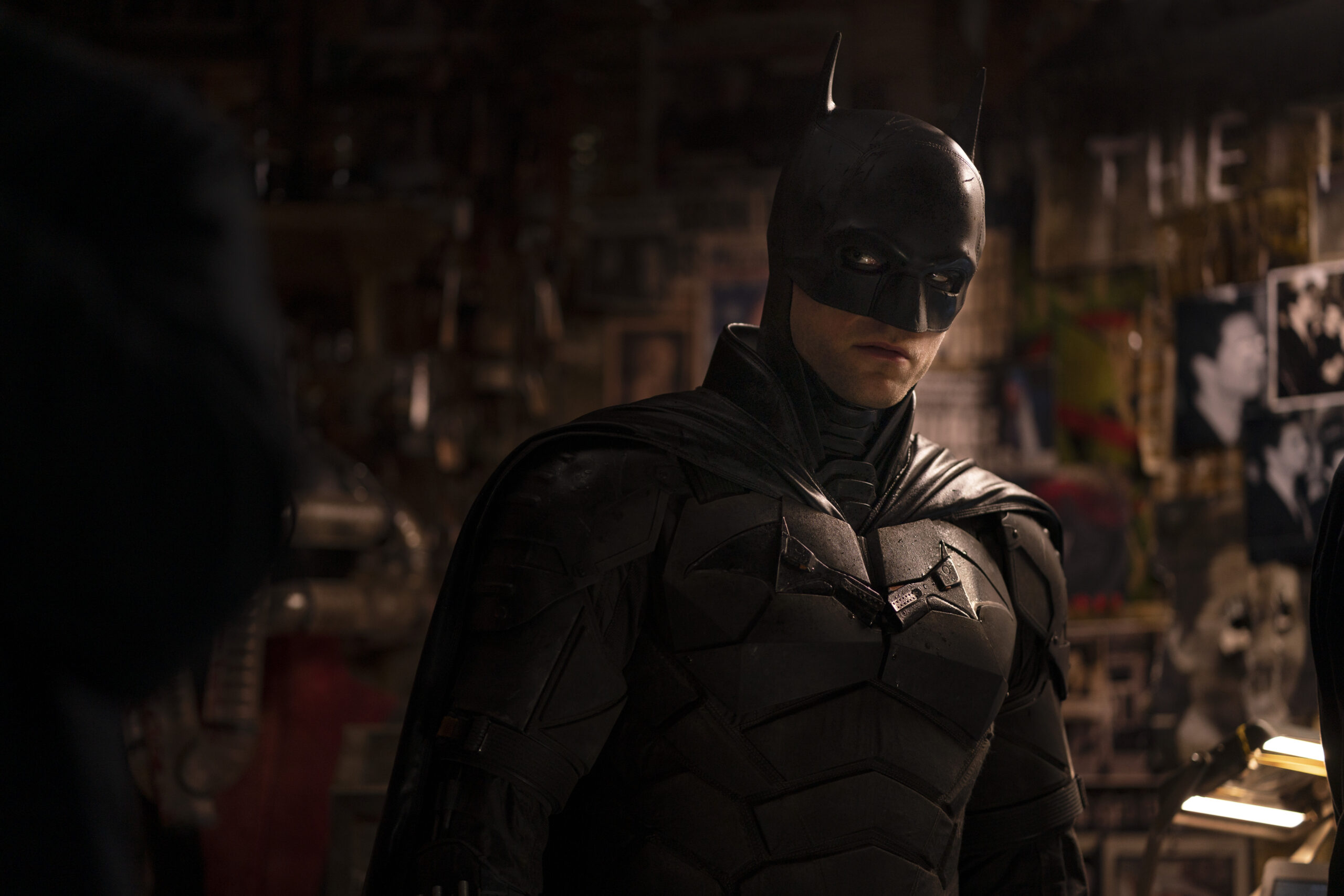 Most Batman movies are good simply because the character of Batman himself actually benefits from different approaches to the character. More than any other well-known superhero.Though Batman is 83 years old, he, to a certain extent, is not held hostage to being exactly one way, like maybe Superman or Spider-man are. You can take only a few liberties with those characters before inciting a mob of pitch forks and tiki torch-carrying fans. 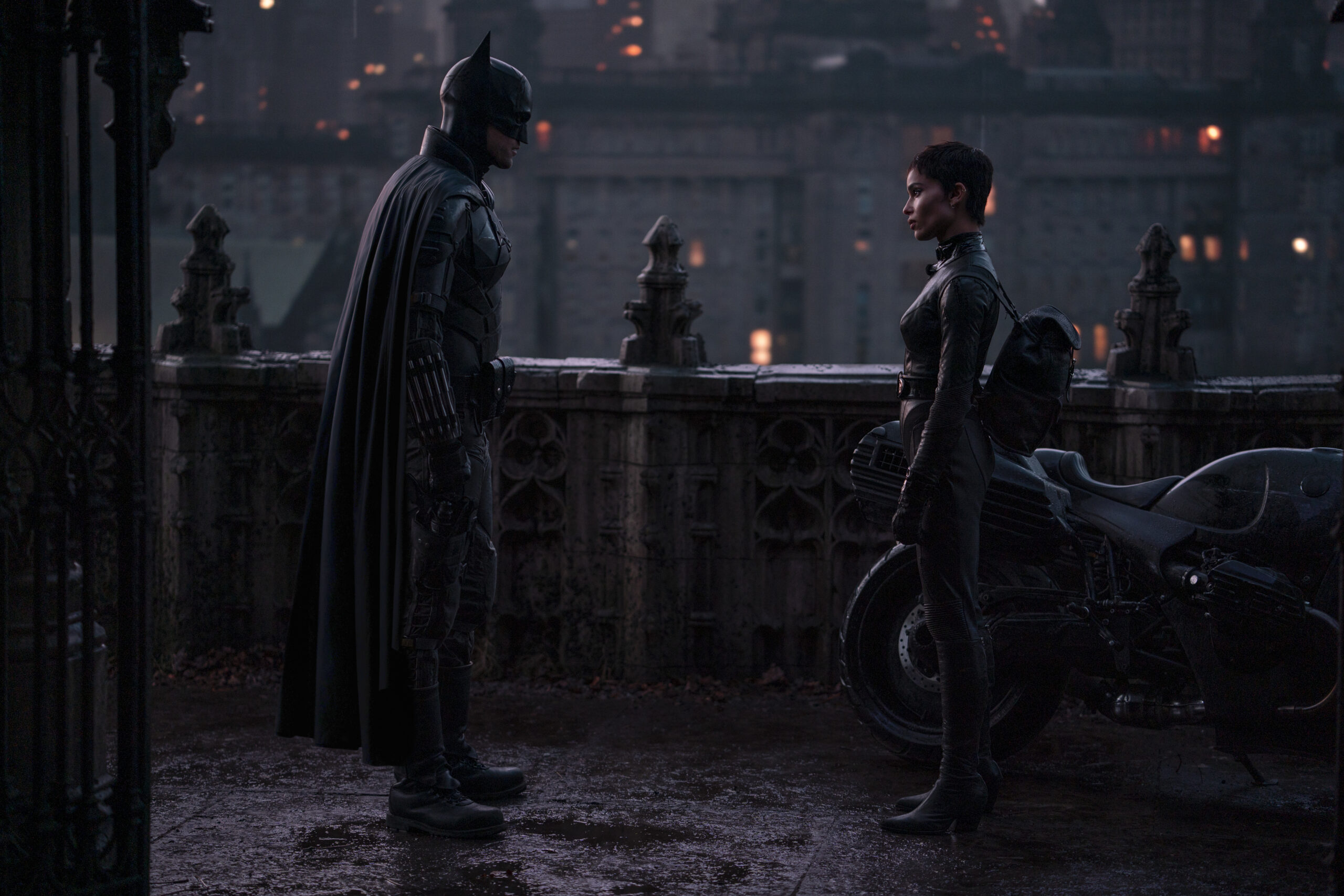 The other element that makes Batman movies so good is the rogue’s gallery. Whether it’s The Joker, Ra’s al Ghul, Catwoman, Bane, The Riddler, or Two Face. At the very least, the film should be interesting with the right script.

But The Batman takes its place on the Mt. Rushmore of Batman films, for those reasons and one more. One thing that it does better than any other iteration of the character of any medium. And that’s the accuracy of the source material. Matt Reeves’s Noir, “World’s greatest detective” take on the character is executed better than Michael Jordan’s fade away in the NBA finals. 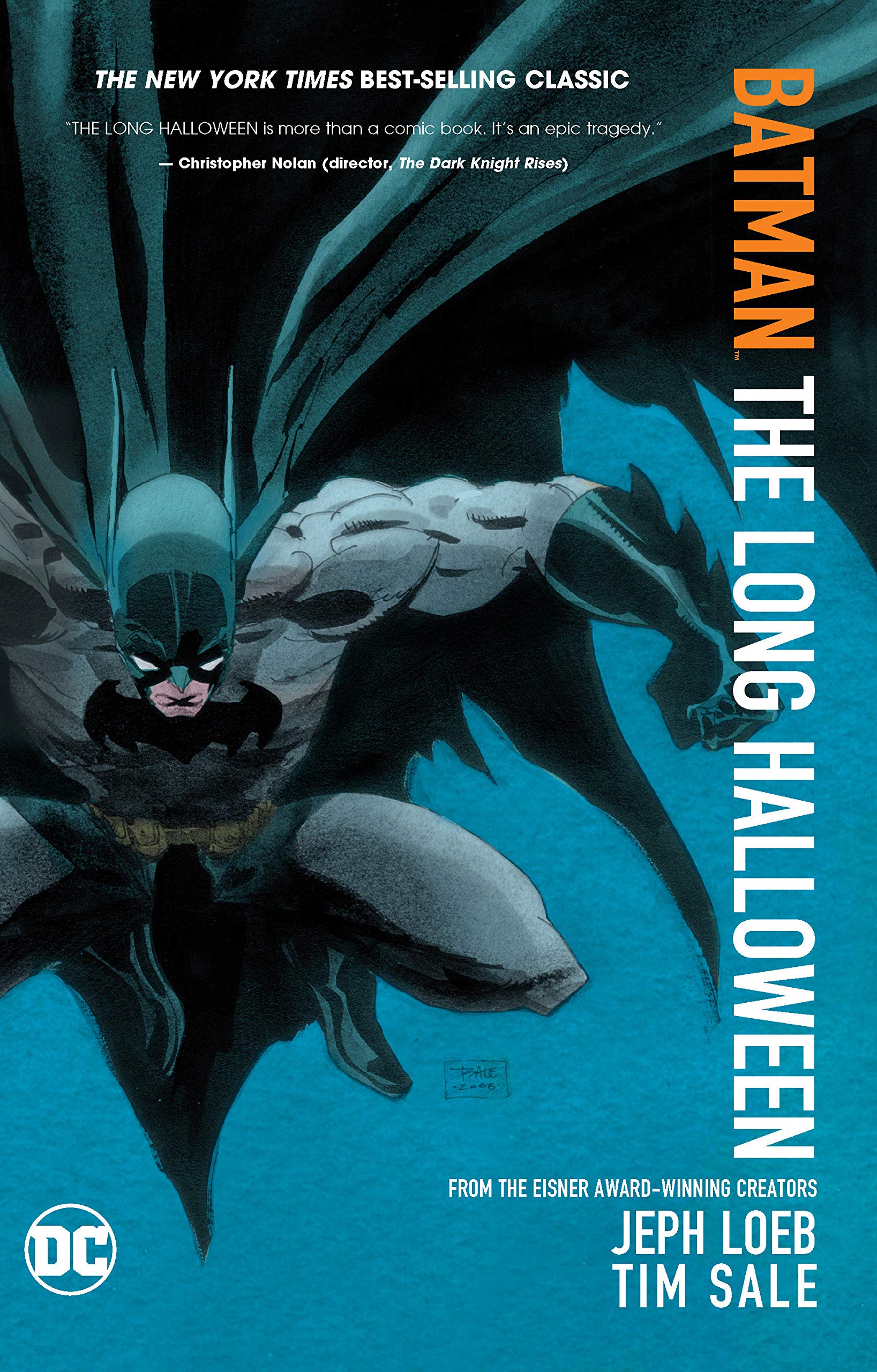 Though The Batman is not a direct adaptation of any Batman comic, the attention to detail that makes this version of Batman and Gotham City feel like the quintessential version of the character in a real-world setting is batastic!

The film borrows heavily from The Long Halloween by Jeff Loeb. Regarded as the best Batman story ever amongst geeks like myself. As well as Batman: Hush, also by Jeff Loeb. And Batman’s ego.

Put it all together and it gives us the definitive version of Batman at this point in the timeline.

He is the night, he is vengeance.

One of the film’s strongest points is where we pick up. This is year 2 of him being Batman.

The fully actualized version of the Bat we know, is not who we get in year 2.

His motivations are slightly different; he is a little clumsier, more reckless, and a very DIY type of vigilante.

The same is true of his rogue’s gallery in the film. Which is equally amazing!

In this film, we meet Selina Kyle, Oswald Cobblepot, Carmine Falcone, The Riddler, and the clown.

Billionaire or playboy philanthropist? Not exactly.

In year two of being Batman, Reeves, who also wrote the script, presents to us an unpolished version of Batman who has not yet created the Bruce Wayne persona. The psyche of someone who spends their nights beating criminals to a pulp truly fits the disposition of an early Batman. He wants nothing to do with being a Wayne, or being a billionaire. He cares little about being alive at this point. The film takes us on this beautiful journey of self-discovery for the character. Realizing that vengeance alone is not enough. But he must give hope as well.

The Batman leading the city of people out of a flooded stadiums a beautiful depiction of that. By the movie’s end, he is no longer vengeance. He is Batman.

The film’s ending beautifully sets up the other characters in the film for their next outing. From Catwoman, Jim Gordon, The Penguin, The Riddler, The Joker, and Gotham City. 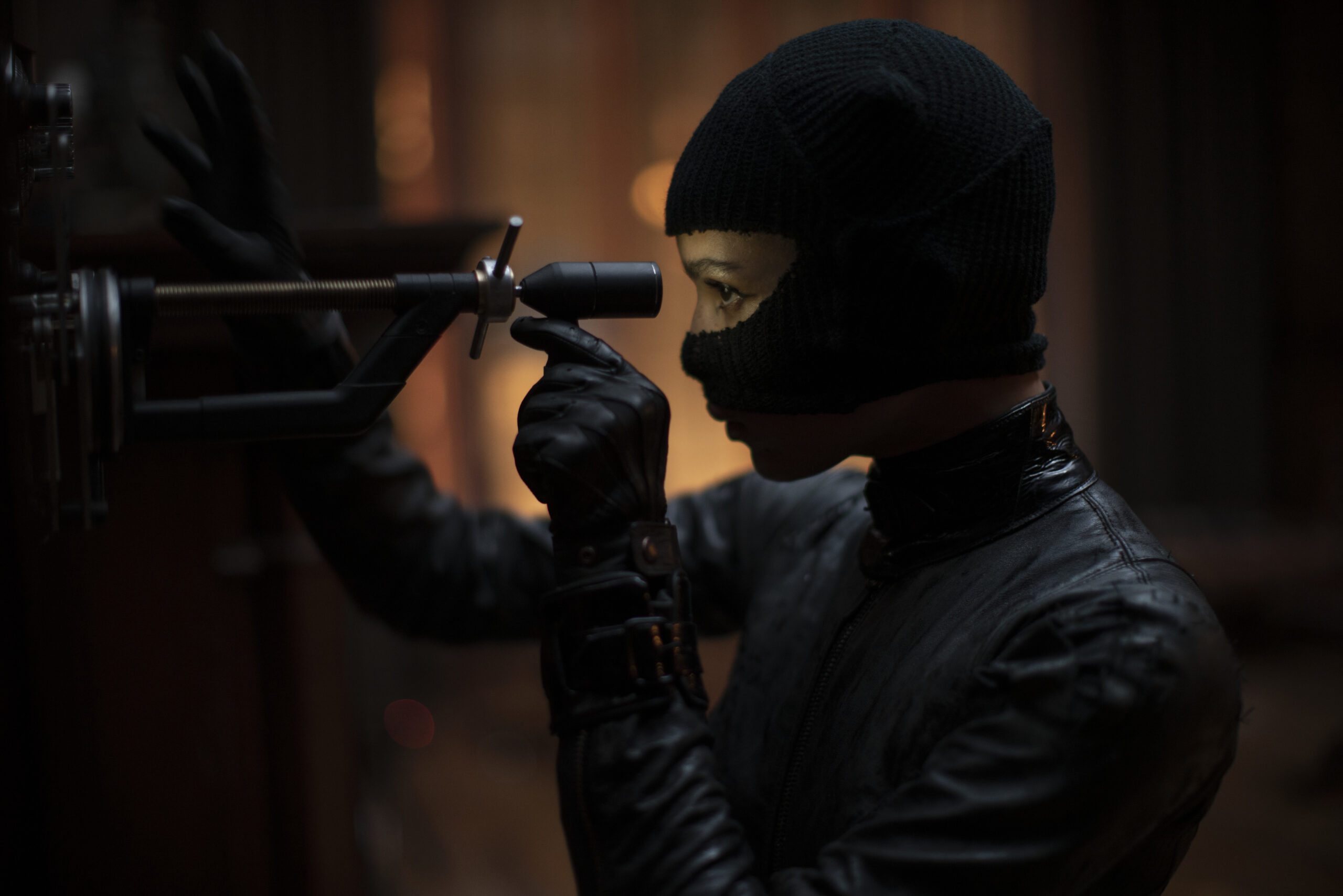 Selina Kyle/Catwoman, the feline makes a b-line for the best portrayal of Selina Kyle. Every scene she was in was charming, entertaining, and reminiscent of a scene right out of the comics. She has some of the best dialogue and was the perfect match as the cat to Rob’s bat. By the film’s end, she has already secured enough money to upgrade her living conditions, with the motivation to topple some CEO hedge funds in Buldhaven. Where long time comic readers’ bat radar will go off. Because that is the town where Dick Grayson is from, 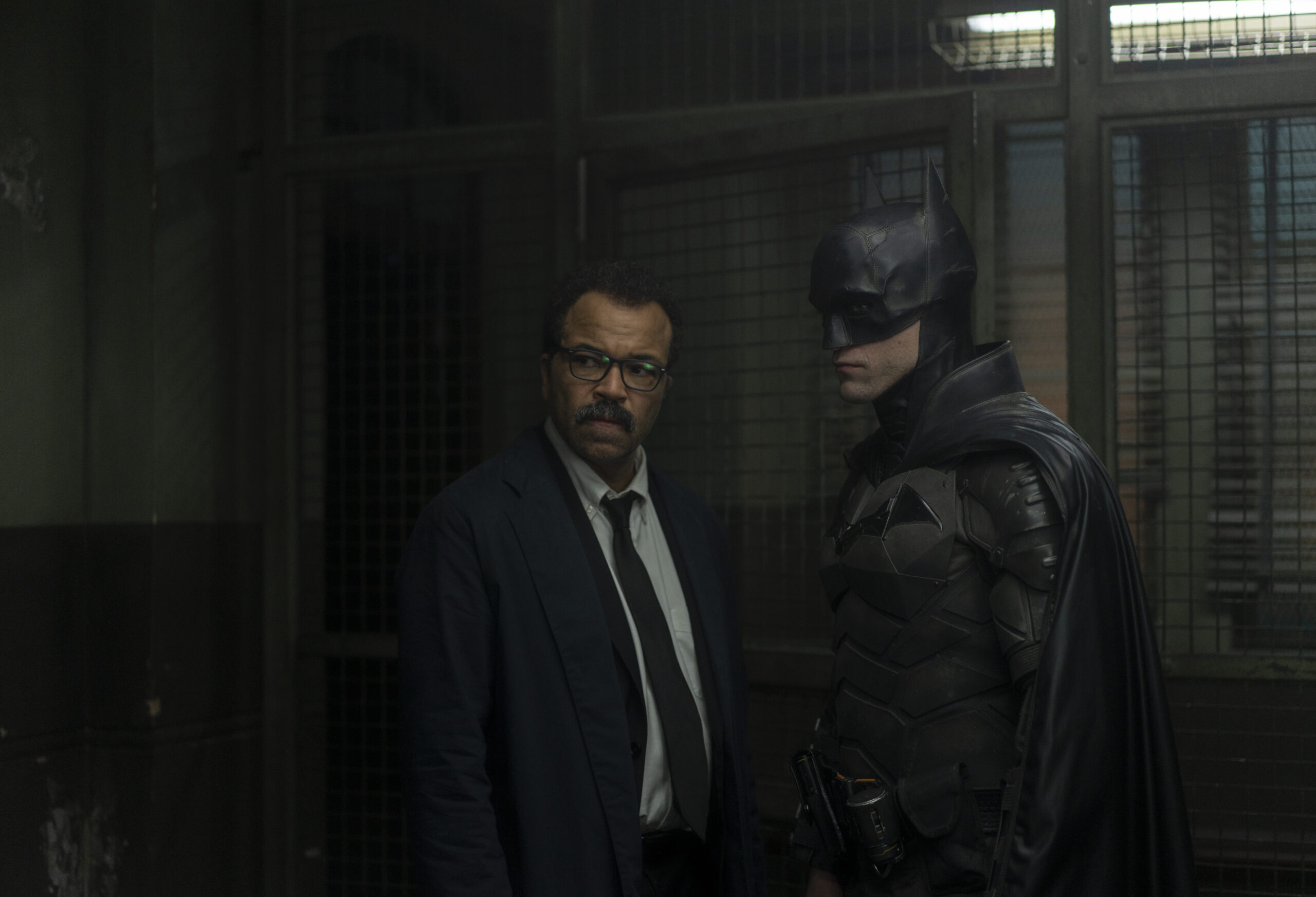 Not yet, the commissioner, Jim Gordon, played by the always fantastic Jeffrey Wright, felt like a perfect choice to play the stoic, straight-edged, hard-nosed detective you’d meet in a noir central film. After the murder of commissioner Pete Savage by the hands of the Riddle. There is a vacancy in Gotham PD. And since Jim saved the newly elected Major, he surely has set himself up to fill the position.

With Carmine dead, Oswald Cobblepot is in prime position to rise above the tides. With a still flooded Gotham city. Which is perfect for the Penguin who see’s the city is ripe for the taking. 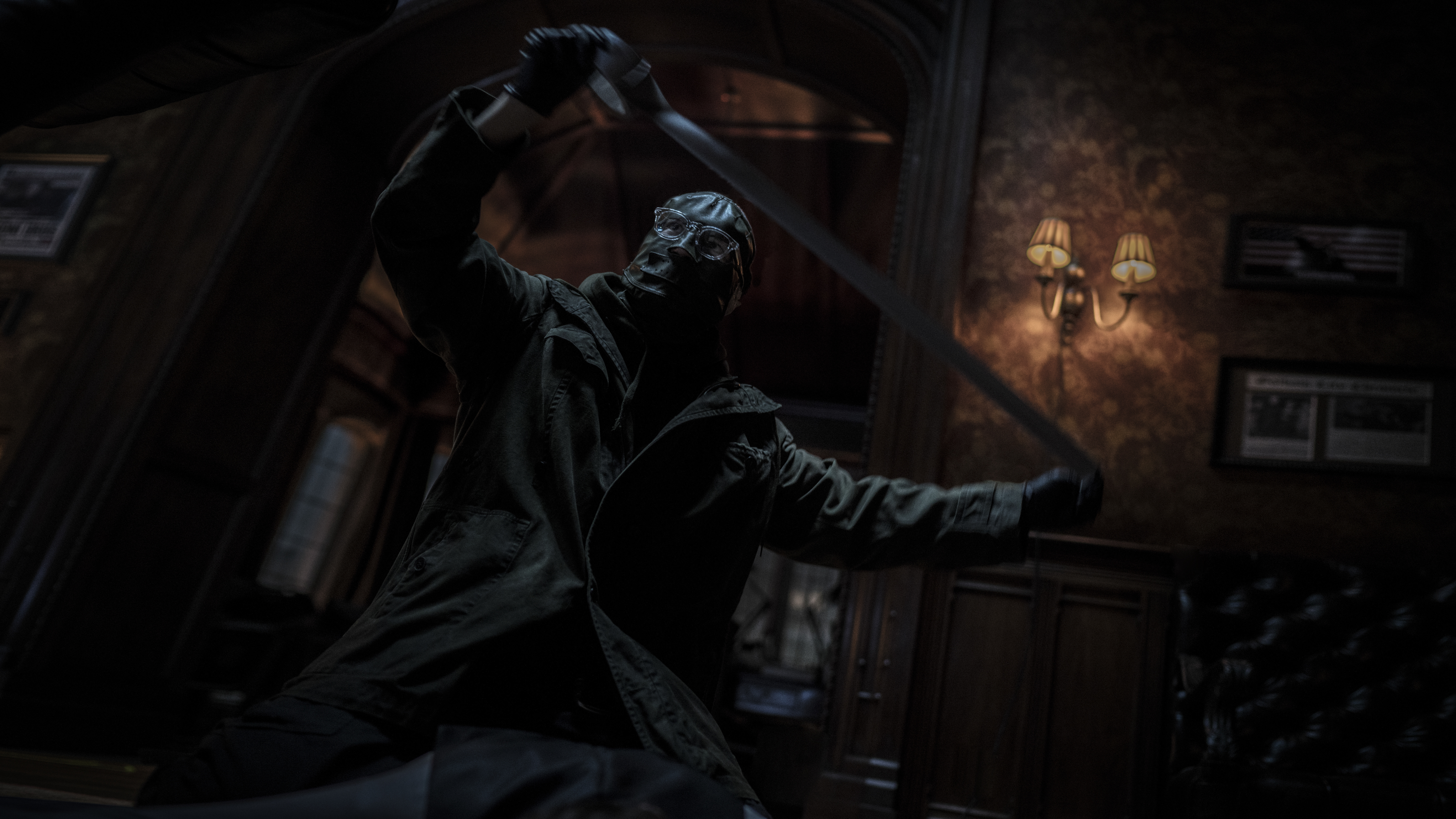 Fashioned after the real-life zodiac killer, Edward Nashton, proves that with time and experience, a man can do anything. Except take down the Bat.

Edwards plans almost worked out exactly as he planned. The one miscalculation was thinking that Batman was his partner in all this. Edward screams from his cell in Arkham after learning that Batman did not share his same enthusiasm. However, he soon after finds a new friend.

This one, a clown with a few riddles of his own. “Gotham loves a comeback story” he says. 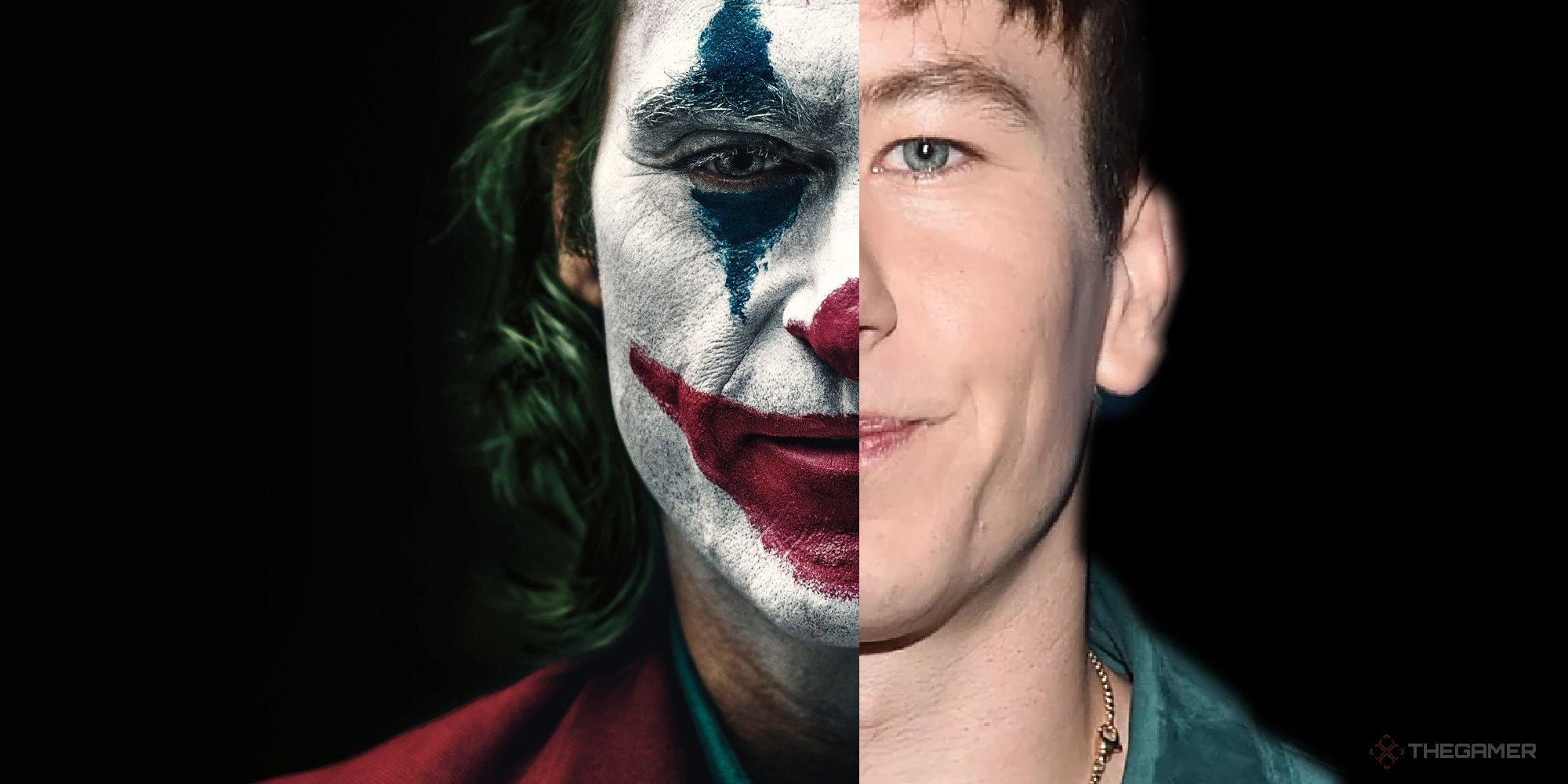 In a very special cameo scene, we get our first introduction to the Joker, played by The Eternals’ Barry Keoghan.

Gotham City was always its own character in Batman lore, and it took center stage in the Batman.

A city that cannot be rebuilt in a single film, nor by structure alone but a city that also needs to regain trust as well.