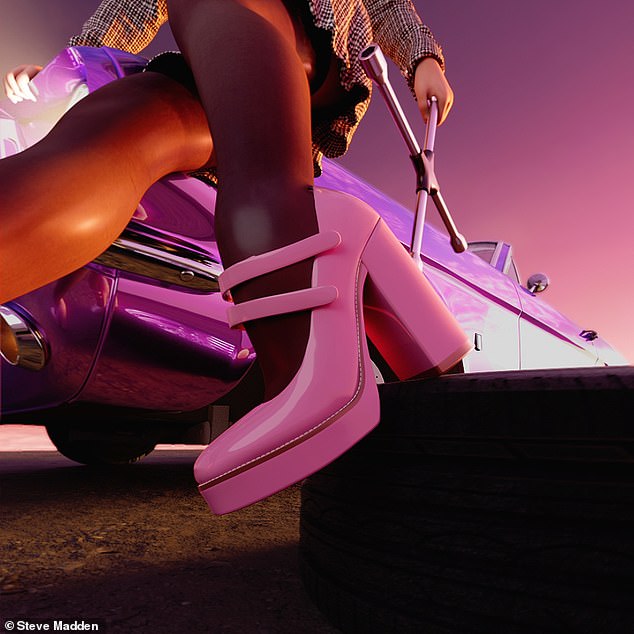 It’s 1999. Girls are watching television when they see an ad containing models with blown-out proportions. They have giant heads, tiny waists, long legs, and big feet. The image is too warped to be considered sexy, yet somehow it is extremely sexy. With Steve Madden plastered across the screen, these unique “big head” ads helped define the late 90s, early 2000s fashion. It pushed Madden into the mainstream world and expanded the brands’ cultural footprint.

It’s now 2021. I am doing my daily aimless scroll through Instagram when I stop on this video posted by Steve Madden, the brand – not the person. Normani, Nessa Barrett, Justine Skye, Sydney Sweeney, and Jordan Alexander flash on my screen, or at least characters that look like them. That same image of a big head, long legs, tiny waist, and big feet catches my eye and I’m instantly transported back to the 90s. #SteveMaddenVerse pops on the screen at the end of the video and I am immediately intrigued. These 5 stars are coming together to let us know that the #SteveMaddenVerse has arrived. In the age where the past is the future, Steve Madden is the newest brand to embrace some of their younger consumers with a throwback to simpler times.

Madden, who now serves as chief of creative and design, states that the original ads “changed the way people looked at footwear” and “re-wrote the rules of the industry and spoke to a generation.” Fast forward 20 years, Madden wants to recreate that same magic. They are using technology, interactive experiences, and a star-studded cast full of talented women to set the new agenda for the future with the arrival of #stevemaddenverse.

Normani, Nessa, Sydney, Justine, and Jordan were all hand-selected to empower the younger generation. They speak their mind, spark conversations, and inspire the new generation to shape their own world. Singer Normani states: “I’m so excited to be part of this campaign. Steve Madden has been such a huge presence and force in fashion through my childhood, so it was an easy yes when asked to be part of this. Their campaigns from the ’90s were so iconic. The whole process has been fascinating, from the scans to creating my very own virtual avatar, existing in a universe created by me, is wild. The innovation behind this campaign is beyond. I’m so excited to share it with the world.”

Sydney Sweeney, who recently starred in HBO’s The White Lotus, adds: “I’m so excited to be a part of the metaverse in Steve Madden’s newest campaign. My mom and I grew up loving their shoes, so much so that my mom continues to get her favorite pair of boots resolved over and over throughout the years! I love the newest collection of shoes, especially the pink heels that my avatar wears so well.”

The new campaign features a collaborative effort between the brand and the stars. All of the girls created their own big head avatar with shoes that showed off each personal style. You can shop for each style here.

Normani in the Cloak-R Rhinestones 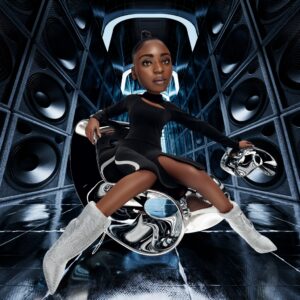 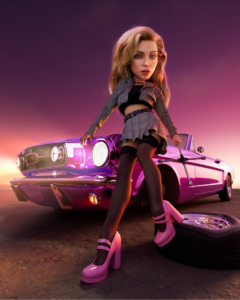 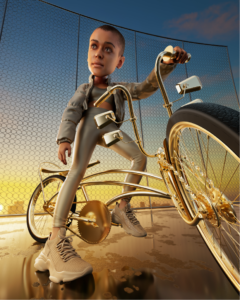 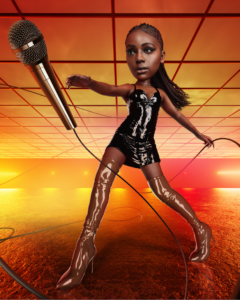 Nessa Barrett in the Duke30 Black 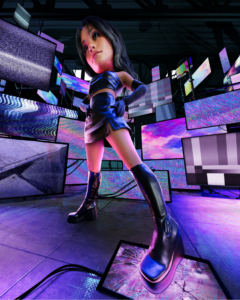 The rest of the #SteveMaddenVerse launch will contain exclusive photos and 8-10 second animated videos. Also, custom-made Instagram filters will allow followers to turn in Big Head Girls themselves. The viewers can expect a virtual reality to come to life. It is considered to be a “tech-savvy, future-forward movement” that will contain virtual content, V-commerce, and interactive capabilities. So are you looking for the past to collide with the future? Look no further. #SteveMaddenVerse has arrived and is here to stay.