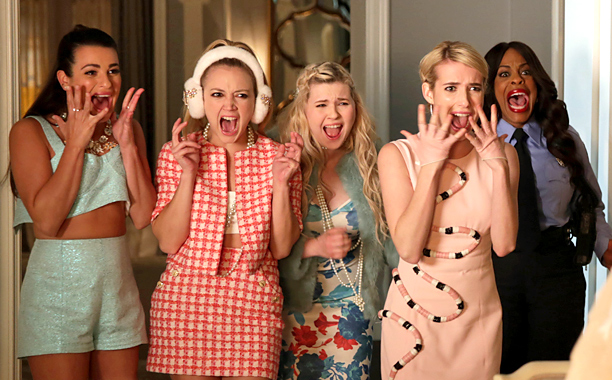 If you’re like me, October is the month you’ve been waiting for all year. It’s Spooky Season! And that means it’s spooky movie time. Now, I am not a fan of Paranormal Activity or The Conjuring; however, I do look forward to Hocus Pocus 2 and other nostalgic films I grew up watching as a child. To kick the season off, I’ve compiled a number of must-see movies to watch this October. And, what can I say? I’m a kid at heart, but I promise this list will cater to everyone’s taste.

Let’s start off with an engrossing film entitled Smile, directed and written by Parker Finn. The trailer alone is—shall I say—pretty spooky. Smile follows Dr. Rose’s twisted and eerie experiences after she witnesses a traumatic event. This begins a series of terrifyingly inexplicable instances where she is confronted with smiling faces. To cope with her experiences, she must confront her past in order to escape her reality. Please note that I do not recommend taking your kids to see this two-hour, rated R horror film.

As a child, people would tell me stories of Michael Myers and his vindication for his next victim in the town of Haddonfield. However, Laurie Strode is just one victim who would not back down from a good fight. We are finally getting a bittersweet end to the franchise. Honestly, I believe we were all tired of Michael Myers’s reincarnation in the cinematic world. Laurie now lives with her granddaughter and is writing a memoir until she is reunited with the idea of his reign after a young child is murdered. Violence erupts in her town since discovering his alleged killer, Corey Cunningham.

Following years of living in constant fear, Laurie decides to stand up to her fears one last time. For the most part, she pursues what has occupied most of her life. Jamie Lee Curtis reprises her role as Laurie Strode. The cast includes Kyle Richards, Will Patton, and Andi Matichak. I believe watching the Halloween franchise is a right of passage as a young teen. Still, of course, I suggest you judge this rated-R film accordingly, and I highly recommend watching the previous movies before this one.

End of the Road

If you’re looking for something a little more family-oriented, then End of the Road is the film for you. This film follows the story of Brenda and her family as they travel across the country to begin a new life after the loss of her husband. Along the way, Brenda, her brother, and her kids witness a horrific incident that causes them to flee from their hotel. During that time, they encounter some detours and are forced to fight after a mysterious killer threatens their life. End of the Road stars our beloved, Queen Latifah, Ludacris, Mychala Lee, and Shaun Dixon. Lucky for you, this film has already been released and is available on Netflix. So far there are mixed reviews on the film, but I suggest you be the final judge of that.

The Curse of Bridge Hollow

Marlon Wayans is not one to shy away from an excellent comedic, horror, or thriller film. However, it is pretty cool to see him in the kid-friendly realm of cinema. The Curse of Bridge Hollow stars Wayans, Lauren Lapkus, Kelly Rowland, Priah Furgeson, Nia Vardalos, and more. This is quite a star-studded cast, and I am excited to see this film with the family. This looks like the kind of film that will fall into your annual Halloween rotation.

The story revolves around a teenage girl who moves into town with her mom and dad. She finds out her house may be haunted. She follows a path to the attic of her home. There, she accidentally awakens a spooky ancient spirit that causes all of the Halloween decorations to come to life and take control of Bridge Hollow. She must prepare to save her and her father’s lives. The release date for this film is October 14, 2022, on Netflix.

Keegan Michael Key and Jordan Peele are back! I can not tell you how much I’ve enjoyed this iconic duo on their hit show Key and Peele. When they are together, magic is made. I’m sorry, but my expectations for the animated film Wendell and Wild are a tad high and they made Spooky Season even better.

Though Jordan Peele is credited as the only writer of the two, I know their performances will captivate the viewers. Other writers include Clay McLeod Chapman and Henry Selick. You may know Selick for his directorial catalogs, which include George and the Giant Peach, The Nightmare Before Christmas, and Caroline. This film may embody the essence of your childhood.

Wendell and Wild tell the story of a troubled young teen, Kat, who confronts her past demons to restart her life in her previous hometown. Unfortunately, the two brothers, Wendell and Wild, are confronted by their nemesis, Sister Helly. They’re forced to team up with Kat and her friend Raul to help take down the Demon Slayer. The cast also includes Angela Bassett and Lyric Ross as Kat. The film will release on October 28, 2022, on Netflix.

Of course, these are just a few films to watch as we approach the Spooky Season but don’t fret; if you’re like me and want to watch some nostalgic movies, I have the perfect list for you. Here is a list of some spooky season classics to enjoy this October.