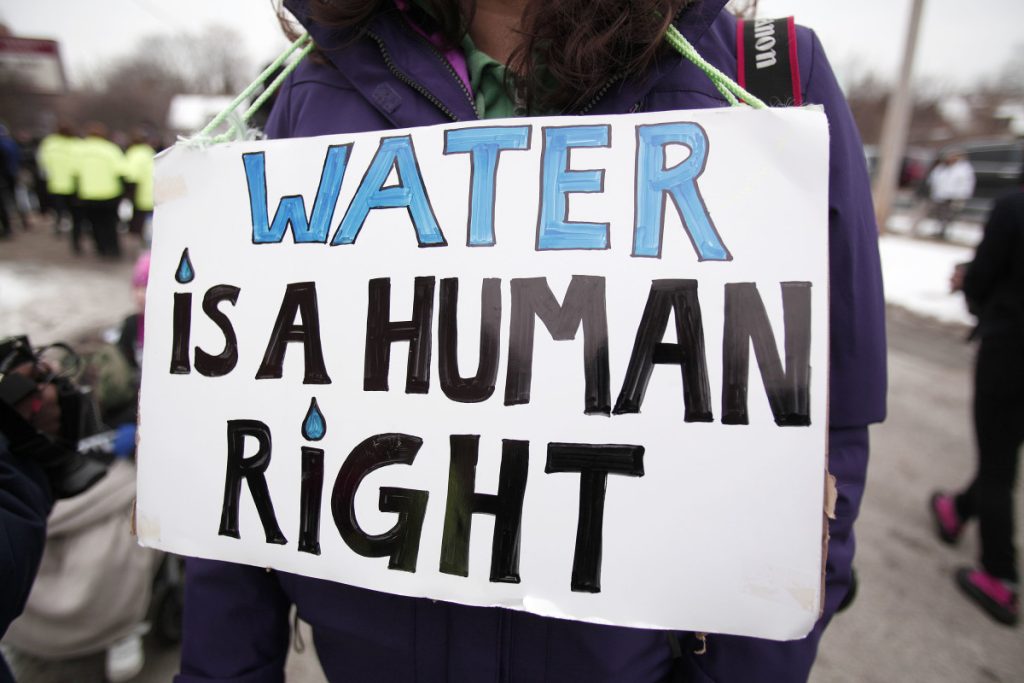 The recent news of a water crisis in Jackson, Mississippi was a stark reminder of the sociologic vulnerabilities faced by communities all over the country. Almost deja-vu like, the issues in Jackson are eerily reminiscent of the similar water crises in Flint, Michigan.

In Jackson, days of major flooding damaged water treatment systems, making them unsafe for consumption. But this wasn’t a sudden issue. It represented the critical mass of a longstanding, neglected issue that had been happening for years. The events of Jackson, display the reality of climate change, and the historical increases in the intensity and frequency of floods around the country. Aged water systems that aren’t maintained are then prone to breakdowns and cause massive drops in water pressure. At this point, it is estimated to cost billions of dollars to repair the city’s water systems. That number stretches up to 2.2 trillion dollars when we start to talk about the amount of money needed to address the shortfalls in water infrastructure there are across this country.

Like in Jackson, the water crisis in Flint, Michigan has also devastated a community. It’s a marquee example of environmental injustice over the past decade. In a cost saving effort, the city switched its drinking water supply in 2014. Unfortunately, what came with that was substandard treatment and testing of the water. For years, these issues were disregarded and ignored and it resulted in major health breaches for a community. Notably, school aged children were being found to have alarming blood levels of lead. But the lead levels were just the tip of the iceberg as the water quality was also found to be connected with legionella outbreaks and the discovery of fecal coliform bacteria in the city water. See a full recap of crisis in Flint here

Where are we now?

The USA Environmental Protection Agency (EPA) has been monitoring the the progress of water restoration process happening in Flint since 2016. Though improvements have been made, there remains work to do in upgrading the water infrastructure in Flint. The EPA provided a $100 million grant to the States Department of Environmental Quality to make water infrastructure upgrades in Flint.

And the current water quality? Lead levels have markedly decreased and the protective coating of the water pipes have improved the maintenance and distribution of chlorine in the system.

Despite the improvement in water quality, proved by scientific testing from independent organizations, many residents of that Flint refuse to drink the water. If you ask me, this is the larger issue. In the words of many, all trust in the water quality and a system that says it’s okay, has been lost. This warranted lack of trust comes at a result of years abandonment, greed, and failed promises of having solutions to the problem. The entire situation, both in Flint and Jackson, raise important questions about how such a thing can happen.

In 2020, as part of the “World Water Day” celebration, the city of Flint parked 12 semitrailers full of bottled water on the streets for any and all flint residents. Residents rushed to the trailers, filling their cars with water. At this time, the water system has been proven appropriate for use. Its as good as any other city in Michigan. But Flint residents could not and have not been able to fully trust their government. Many residents swear they will never be able to comfortable drink the water ever again.

Trust, or the lack thereof, is the new war in Flint. We know the ramifications of a broken trust between government and people within any society. Over the last decade, we’ve seen in it show up in our local and federal elections. It was also a major hurdle in the management of the COVID pandemic. But solving this new war is an uphill battle that cannot be covered up by money.

In this new era in the city’s rebirth, officials have shifted its focus to rebuilding and accountability. Hundreds of millions of dollars in resources and funding have been provided to the city to rebuilds it water infrastructure. Third party organizations and outsiders are being utilized to confirm or challenge improvements in city’s rebuilding process. Flint has a long way to go to correct the wrongs cast on its residents over the last decade. This story is to be continued.