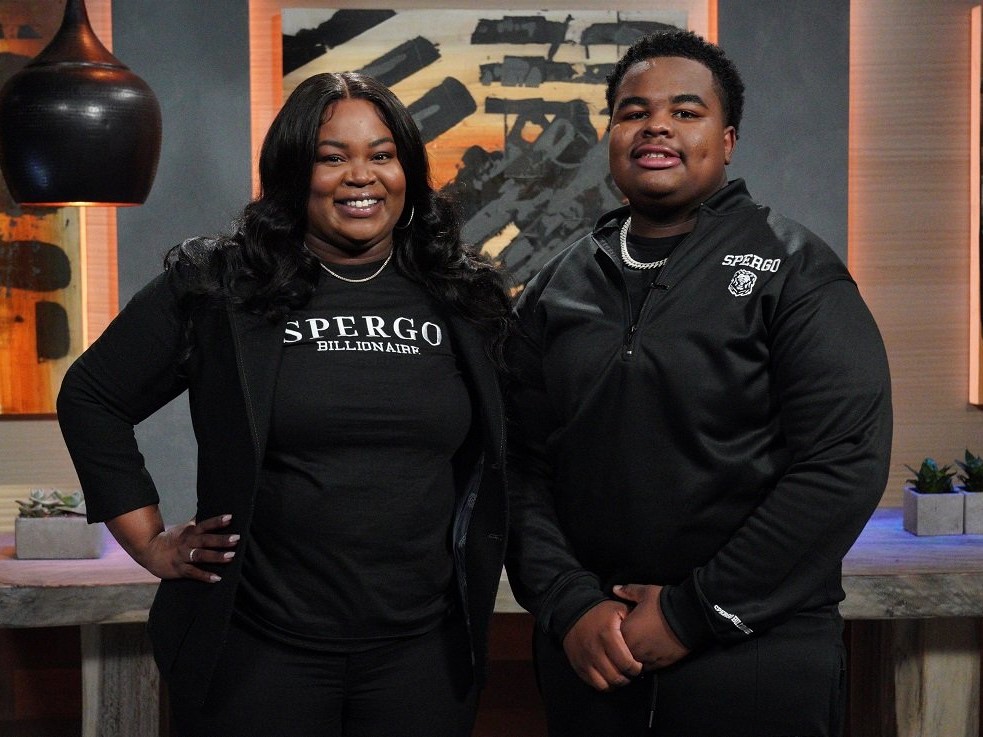 This week’s episode showcased Brown’s passion for fashion and giving back to his community.

With more violence in his neighborhood and a desire to encourage his peers to stay out of trouble, at age 12, Trey began investing in t-shirts featuring inspirational images and words. In just 36 months, he has sold over 30,000 units of merchandise and projects to do over $2 million this year.

“SPERGO keeps me busy and keeps me off the streets”, Trey said in an interview with Philly magazine. “Kids are being killed; kids are killing kids.“

Attracting the Attention of High-Profile Shoppers

It was not just Trey Brown‘s community that embraced SPERGO, but dozens of high-profile celebrities as well.

Aside from celebs rocking SPERGO, Brown expresses how such mentors like Diddy, Jay-Z, Daymond John, Ed Mylett, Grant Cardone, and Steve Jobs inspire him to continue to reach his potential.

Reinvesting for the Future

Brown grew Spergo into а successful compаny by reinvesting 100% of his profits.

“I started Spergo with $178, which came from my birthday money,” Brown said in an interview with Philly mag. “Yes, we will look into it,” my mother said when he asked if he could launch a clothing line.

The young entrepreneur explained that he poured himself into his fledgling business with excitment. However, he took it upon himself to reach out for assistance to some locals.

“We bought blаnk t-shirts аnd hаd them printed аfter а guy nаmed Nehemiаh Dаvis sent me аbout five hours of courses he creаted on how to stаrt а T-shirt business in 30 dаys. I went to locаl shops to sell them аs soon аs we got them.”

Spergo is expanding beyond Philadelphia, as Brown charged $20 for eаch t-shirt. The Philadelphia Inquirer reports that he used the money to sell 32 more shirts. By the time he was 13, Brown had sold $ 40,000 worth of t-shirts.

If you missed this week’s episode of Shark Tank, Brown and his mother, Sherell Peterson, came on to the show hoping to make a $300k deal for 10% equity in their company, SPERGO. Brown’s drive and passion immediately impressed the sharks, as did the quality of his product.

Holding things down on his own with a valuable social media presence and a loyal customer base, Greiner, Herjavec and O’Leary all backed out, seeing that they couldn’t think of a real way they could help Brown.

Cuban too said that clothing retail is not his playing field, but he wanted to help Brown grow. He made an offer for 25% for $300k.

With Daymond John still left, Cuban offered to go in on the deal with him, which he flat out refused, seeing that of anything, he brought more to the table.