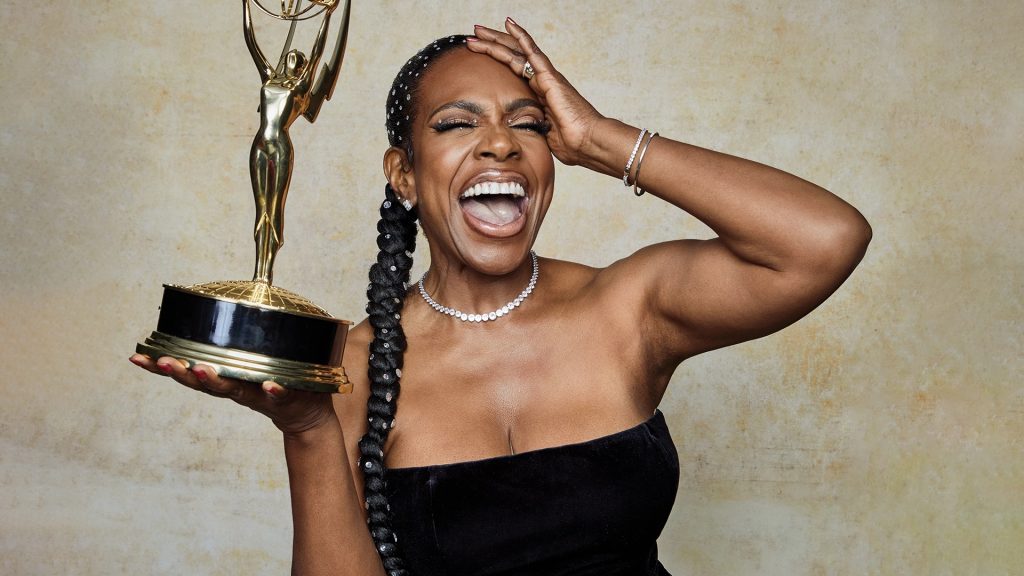 There is no denying that actor, singer, and author Sheryl Lee Ralph has swept the hearts of many following her Emmy win. Some may know her from her role on Abbott Elementary as Barbara Howards, but for people like me, she is the original Dreamgirl. As an actor, I feel it is very significant to pay homage to fellow actors who have had such a tremendous and extreme impact on our culture. We should also acknowledge and give them their flowers when we can. It is time for Sheryl Lee Ralph, and boy, am I enjoying every minute of it. Though her role as Barbara has gained her an Emmy win, let’s look back to the beginning, which led to that momentous day. 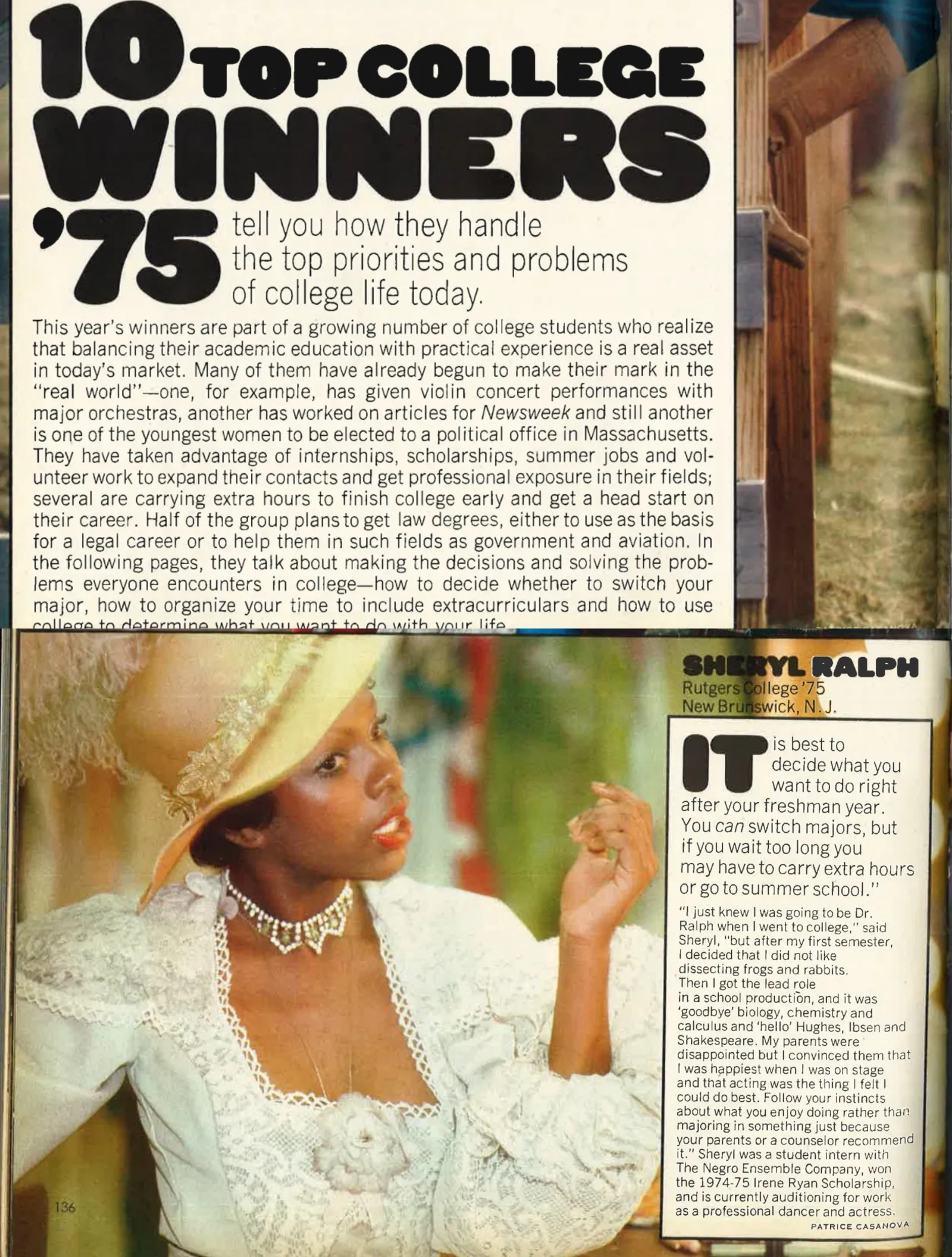 Sherly Lee Ralph was born on December 30, 1965, in Waterbury, Connecticut, to an American father, Dr. Stanley Ralph, and a Jamaican mother, Ivy Ralph. She has three siblings, Michael, Stanley, and Tim. Sheryl Lee Ralph spent her early years between Mandeville, Jamaica, and Long Island, NY. She attended Uniondale Highschool in Uniondale, NY, performing in musicals until she graduated in 1972. By the age of 19, she was crowned Miss Black Teenage New York. Ralph attended Rutgers University with a major in pre-medicine but later changed to English Literature and Theater Arts.

In 1975, Ralph was the first woman to graduate from college by the age of 19 after only attending for 3 years. However, she missed her graduation. (She’d later return on May 2, 2003, as their commencement speaker). She was also recognized as one of the top 100 college women in America by Glamour Magazine in that very same year.

Ralph’s career took off, and she was cast as Deena Jones in the broadway show Dreamgirls. Dreamgirls is based on the story of a group of black women called the Dreamettes from Chicago. They achieved fame after performing at the Amateur Night at The Apollo. Though they do not win the competition, they’re greeted by Curtis Taylor Jr., who would eventually be their manager. From there, they embark on this crazy ride to fame. Written by Tom Eyen, this broadway production loosely based its story on The Supremes.

After countless shows, Ralph recalls walking up on stage one day and completely forgetting the lyrics during the second act of One Night Only, emphasizing the show’s grueling and strenuous run. Ralph parted ways with the play and ventured onto more exciting beginnings in television, film, and music. Her debut would earn her a Tony Award nomination and a Drama Desk Award nomination for Best Actress.

In 1984, Ralph debuted her album “In the Evening,” composed of 10 tracks produced by Trevor Lawrence. During this span, Ralph’s filmography would include The Jeffersons, Goodtimes, Wonder Woman, Sister Act: 2 Back In the Habit, and she would star alongside Denzel Washington in the film The Mighty Quinn. By 1990 Ralph’s film To Sleep with Anger reached viewers at the Cannes Festival after winning the Independent Spirit Award. That is where she met her first husband, Eric Maurice, whom she married in Jamaica just six months after dating. They together birthed two children, Etienne Maurice (Born in 1992) and Ivy-Victoria Maurice (Born in 1995). She’d later divorced by 2001 and wouldn’t marry again until 2005 to Philadelphia Senator Vincent Hughes and have been happily married for 17 years.

The following year, after the birth of her daughter Ivy, Ralph would play the iconic role of Moesha Mitchell’s stepmother-to-be, Dee. Her character captured the true essence of a supportive and strong wife and became everyone’s TV mom. Her role snagged her another nomination for the NAACP Image award for Best Supporting Actress.

Ralph wrote her first book entitled “Redefining Diva” This book reflects her life story of finding love and navigating through Hollywood. Ralph redefines the word Diva as someone who (in shorter terms) is confident, aware of their own talent, and respects oneself. They are “Divinely Inspired, and Victoriously Aware. Ralph would later create a foundation where Divas would sing to raise awareness for AIDS. Ralph created a live theater experience teaming up with partners Stephanie Lilly Smith and Norman Lee Wadell. You can check activists off her list!

Now, you can catch Sheryl Lee Ralph on the hit show Abbott Elementary in her role as Barbara Howard, which earned her an Emmy win. Her acceptance speech was heard worldwide, paying homage to her roots and settling in the fruits of her labor.

This multi-faceted ray of beauty is a force to be reckoned with. Ralph has accumulated over 100 film credits alone (IMDB.com) and has debuted on Broadway 5 times, according to Playbill.com. My appreciation of an actor of her stature, such as this one, can only be fueled by her ability to give people her all. To be consistent and persevere. It is at that moment that your return on investment will be immense. Ralph’s philanthropy and activism are some of the qualities that make her a wonder woman. It is amazing to watch her reign in this era of her life.

Watching artists like Beyonce, Kid Cudi, and even Oprah give her flowers in real-time makes all the effort worthwhile. She inspires me, and her acceptance speech gave me a new awakening to my journey as an actor. We all want things now in our industry. Accolades now, the award now, our big break now. However, your time may not be now, it may be 20 years from now. Are you truly willing to be consistent and persevere through the tough times when people may not know your name? Sheryl Lee Ralph is a perfect example of God’s timing. As long as you do the work, your results will follow; just keep going.