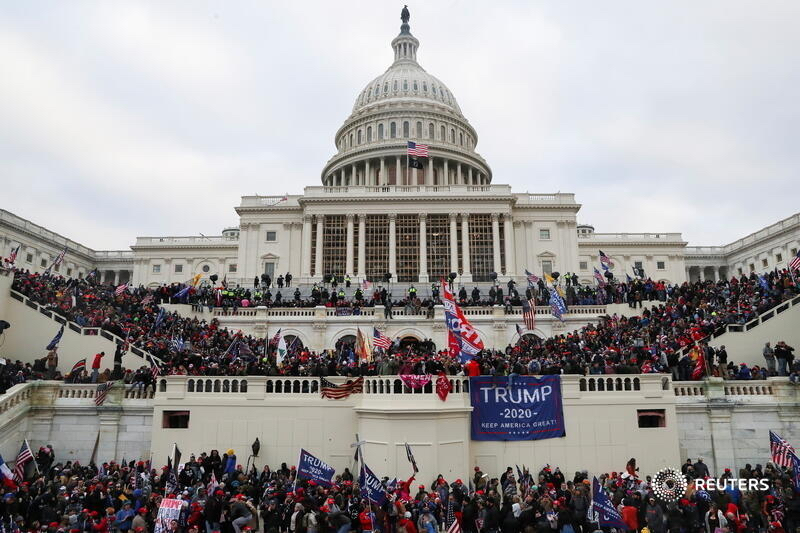 A mob of Trump supporters broke into the U.S. Capitol Building in Washington, D.C. this afternoon. Both chambers of Congress were set to confirm President-elect Joe Biden’s win before they had to recess and suspend the voting process for a few hours. They were able to confirm Biden’s victory early Thursday morning with 306 electoral votes.

Chaos ensued as law enforcement officers were in an armed stand-off with Trump supporters to keep them from entering the Senate floor. Several congressional members and Vice President Mike Pence were forced to immediately seek refuge.

Dozens of rioters were both in and out of the building for hours before the crowd started to dissolve as the sun set. Arrests, tear gas being dispersed, and/or forms of police violence were noticeably absent throughout the course of the incident. According to the New York Times, Pence ordered the D.C. National Guard to be dispatched to the Capitol Building, which is typically the order of the commander-in-chief.

Observers at the Capitol donned escape hoods and sought shelter in the House gallery on Wednesday as the Capitol police tried to subdue members of a pro-Trump mob that stormed the building and breached the Senate chamber. https://t.co/RQNCUeQrzB pic.twitter.com/dVT6mYnyLb

Biden gave a speech in which he calls for peace and unity along with acknowledging the bravery of the troops and people protecting the Capitol Building.

Former president George W. Bush gave a statement on the impact of this event saying, “The violent assault on the Capitol — and disruption of a Constitutionally-mandated meeting of Congress — was undertaken by people whose passions have been inflamed by falsehoods and false hopes.”

The mayor of D.C., Muriel Bowser, declared a city-wide curfew which went into full effect at 6 p.m. and will be in place until 6 a.m. tomorrow morning. Currently, NBC News reports that there have been five deaths resulting from this riot.

This chaotic event came less than 24 hours after both Jon Ossoff (D) and Raphael Warnock (D) won Senate seats in Georgia. Additionally, we are 14 days away from the inauguration of Biden and Vice President-elect Kamala Harris.

The FBI tweeted that they are currently investigating this incident and looking to identify the individuals involved.

This article will be updated as needed.