“Respect your elders”. How many times have we heard this?

I’ve heard this more times than I would have liked. Enough for it to be embedded deep within my adult brain.

I can feel my ancestors getting ready to slap me in the face if I even think about stepping out of line.

Growing up, in my household, “talking back” was the ultimate sign of disrespect. The problem was I didn’t know what that phrase meant.

My parents viewed disobedience as replying back “huh”: “what” or “yea”.

“It is yes not yeah.” My father would correct me, but I tended to forget. My forgetfulness got me a tongue lashing that later evolved to a tongue lecture. As I got older, I learned the concept that children are to be seen and not heard. This was difficult for a kid like me.

The ‘wild child’ I was called by my mother’s siblings and older cousins. I couldn’t sit still, I couldn’t stop singing, and I always laughed uncontrollably at the dinner table, and I always acted out. To make things more complex, in school, I always had good behavior, but at home, I couldn’t help but act flippant or crazy.

As a preteen, my suppressed emotions were waiting to explode. My frustrations and irritation would warrant a big smack across my face. It seemed like every Sunday I had a one-way ticket for a beat down. There were times I deserved it, but other times, I didn’t know what I did wrong. Half the time my laughter and joke making was deemed disrespectful. After I would get reprimanded I stopped caring to be obedient.

I thought this respecting elder at all costs only pertained to my family. It was indeed a cultural notion, everybody and their family believed this and enforced this concept no matter how egregious the adults behaved. I still tense up whenever I hear a parent cursing or screaming at their children or even worse striking their child.

If someone caught a child not respecting an adult, man….. that child was in trouuuubbble.  Keep in mind that this adult could be acting as a  pure monster and the only thing others were worried about was checking the child. I had often thought if a child was the most precious gift God could give you, shouldn’t we be protecting children at all cost?

Respecting your elders because scripture says

In my heart, I knew that parents were more responsible than they let on. Somehow adults had God on their side and we had nobody. The bible scripture that we hang on to about respecting your elders goes something like this:

Honor your parents so that your days may be long…..

This simple yet effective bible verse attached to the fiber of my bones and put the fear of God in me.  As a child, I interpreted that adults are always right and children are always wrong. I asked God many times do I deserve a shorter life if I disagreed with my parents? Am I not allowed to explained myself, or defended myself? Why did my personality bother adults so much, what was wrong with me?

That was my major dilemma growing up. And I failed every time!!!! My middle name was a whooping. My mouth was slick and I was too grown. It wasn’t until I got older that I disagreed with the “respect your elders at all costs and no matter what.  I understood that children needed boundaries but I also knew that children needed to set their own boundaries as well. 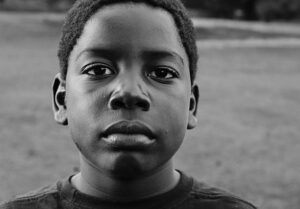 Respect is earned not given

Children won’t be children forever. They are growing humans who model the behaviors of their parents and or guardians. If you see a “wild child” more times than not they have a wild parent or an unstable parent. It took me over twenty years to understand I modeled my parent’s behavior.

Oftentimes we misplace the blame and throw it on children, I have even got angry with my niece and nephew for no apparent reason. Children are sponges they model their behavior after those they see and come in contact with (i.e. my niece saying “bruh” because she heard it from me or my sister).

I learned that I set the tone in how children around me responded towards my guidance and correction.  It is the parents that have to teach respect, accountability, and responsibility. It’s the parent’s job to walk the walk instead of talking.

Back in the day, children and even adult children wouldn’t dare talk about the disrespect they received from their parents; in the black community, nobody would dare come against their parents, no matter what, up until recently.

Celebrities’ Children who have challenged the respect notation.

What Selah was doing was giving attention (a much-needed voice) to discuss the child-to-parent dynamic in the black community, which never ever gets discussed. And how this type of parenting is common, but also destructive. Although Selah was lifting the veil, you could tell her respect and love for her mother were still there.

It is a shame that we don’t discuss how the parent to childhood trauma gets transferred and how discipline measures, parenting, and lifestyles and can give children PTSD and long-lasting mother and father wounds.

According to First Star, a nonprofit organization that works and partners with child welfare agencies, black children have the highest abuse rates. Somehow this cycle continues to keep going. Our discipline methods need to be reexamined. We must start and continue these conversations to put an end to this trauma. Parents just like kids need healing.

Defending parental behaviors that are toxic

Another famous person in music, Kirk Franklin,  was involved with controversy with one of his children. Kerrion Franklin, age 33, like Selah Marley, also went to IG, but instead of talking about his dealings with his father, he leaked a profanity-laced phone call from his father on his page.

The comment section in their Youtube videos showed that many people felt Kerrion was in the wrong and disrespectful for “exposing” and “bashing” his father.  But knowing what I know now about the parent-to-child dynamic and respecting elders at all costs, I can’t help to nuance this Family Feud drama.

We can walk and chew gum, we can say that both were in the wrong, here. We don’t have to choose the parent over the child just because we have been conditioned to always side with the elder.

By defending Kirk and fully dismissing Kerrion what does that say to young people? How is his behavior being justified and defended? Why can’t we sit down and wait before rushing to ill-informed opinions?

Can we not break away from the idea that all children are wrong and all parents are right?

A real discussion is needed in our community about toxic parenting styles. As black folks, we cannot cling to this parenting style and we can no longer defend it.  Something has to change and we need to address the troubling parent-to-childhood dynamic that is drowning our community. We can’t keep protecting elders no matter what, the costs of this respecting narrative are harming our families.

If our parents can speak out about the pain they endured as children, then we can begin healing. Learning new ways to parent can allow children to finally and truly respect their elders.