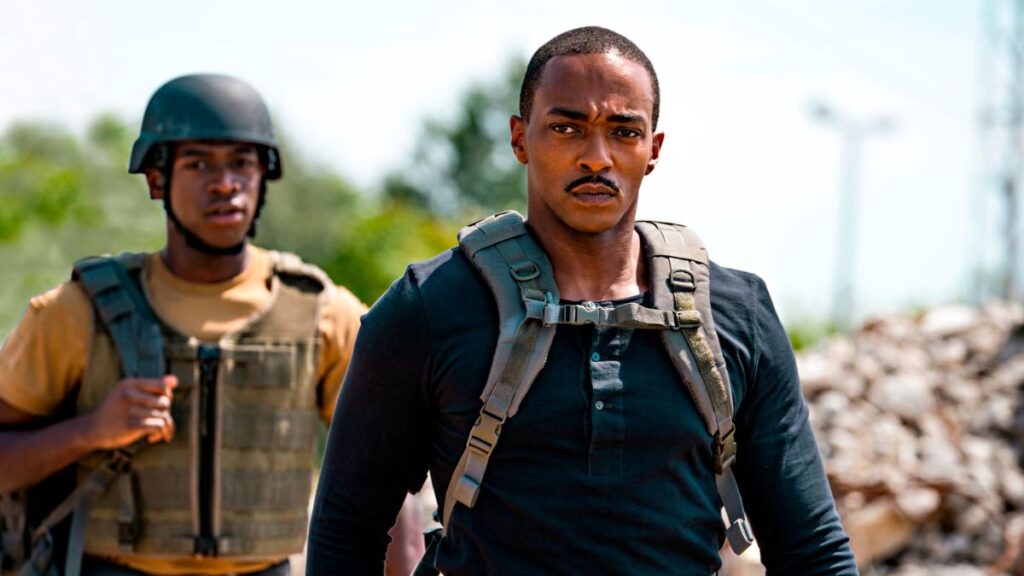 Outside the Wire dropped recently on January 15th 2021 by Netflix starring Anthony Mackie and Damson Adris. The quick synopsis about a drone pilot (Damson Adris) sent into a war zone and finds himself paired up with a top-secret android officer(Anthony Mackie) on a mission to stop a nuclear attack.  This movie was directed by Mikael Håfström who directed 1408 (2007) who starred Samuel L.Jackson & John Cusack. He also directed The Rite (2011) in which starred Sir Anthony Hopkins.

Netflix has been struggling on the story front of a lot of the recent action films that have come out ever since Old Guard which was probably one of their best to date. Outside the wire has a cool concept and has a buddy cop feel not unlike Lethal Weapon or Edge of Tomorrow.

What is a positive about this film is that it has very compelling lead performances by the two stars. The character Harp would have his perspective changed by experiencing the horrors of war which is a very engaging storyline. Rising star Damson Idris would bring eminence to this mostly unsurprised journey. While Anthony Mackie was entertaining and at his best as Harp’s new android partner.

Mackie was also hilarious, allowed to wisecrack, and even when the script let him down in needless exposition, the shifting dynamic between Idris and Mackie kept me through this film. As for the action, it takes a while for Mackie’s android to really cut loose. For the most part though the action was not really exciting for the most part. We have seen a lot of these action scenes already so it was never unique. A late sequence in which Leo goes full one-man-army is a high point, but other action beats but that wasn’t enough to push the action of this film. 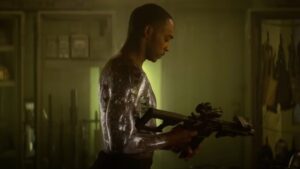 The other performances weren’t impressive. The always consistent Michael Kelly who seems to always knock it out the park is underused as the US colonel. Relatively new newcomer Emily Beecham who played the resistance fighter Sofiya is impeded by inconsistent writing in which she does things she shouldn’t for the sake of movie tropes. So all in all,  Despite exceptional lead performances and some intriguing messaging and ideas, this film couldn’t rise above being a serviceable action thriller.