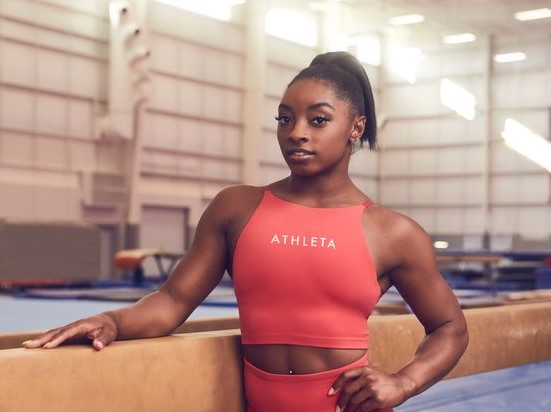 Since competing in the 2016 Olympics held in Rio de Janeiro, Olympic champion Simone Biles has been a role model for young women and girls worldwide.

Although she has held a long-term contract with sports giant Nike, she has recently signed a deal with Athleta, a sub-brand of Gap Inc. that is known for supporting women’s strength beyond the field.

“I admire Athleta for their commitment to recognize and support women’s individual and collective strength,” stated Biles in a publicly released statement.

“And together, I believe we can help girls to confidently and passionately take on the world in their athletic endeavors and beyond,” added Biles.

Biles’ departure from Nike can be seen as a new trend with athletes wanting to work with sponsors who hold the same values as they do. This can also be seen when Allyson Felix, Biles’ fellow Olympic champion, left Nike to become Athleta’s first sponsored athlete.

Felix was amongst those athletes who spoke out against Nike’s treatment of pregnant athletes. Athletes and fans alike are equally concerned about what the company or team stands for alongside how many championships they want to win.

In an interview with Forbes, Jana Henning, Athleta’s Chief Product Officer, expressed her excitement working with Biles due to her compassion and strength.

“We started our Athleta Girl line for girls 8-12 in 2016, when Simone broke records in Rio,” Henning stated.

Biles will be working with Athleta’s design team in creating collections alongside signature products that will be aimed at aspiring athletes.

“Our mission is to unlock the limitless potential of women and girls. Simone is a once-in-a-generation role model, who we know is loved by the girls (and women!) in our community alike,” Henning said.

In 2021, athletes have become voices of movements and are looking to work with brands that hold the same values as they do; it seems like Biles has found her new home.